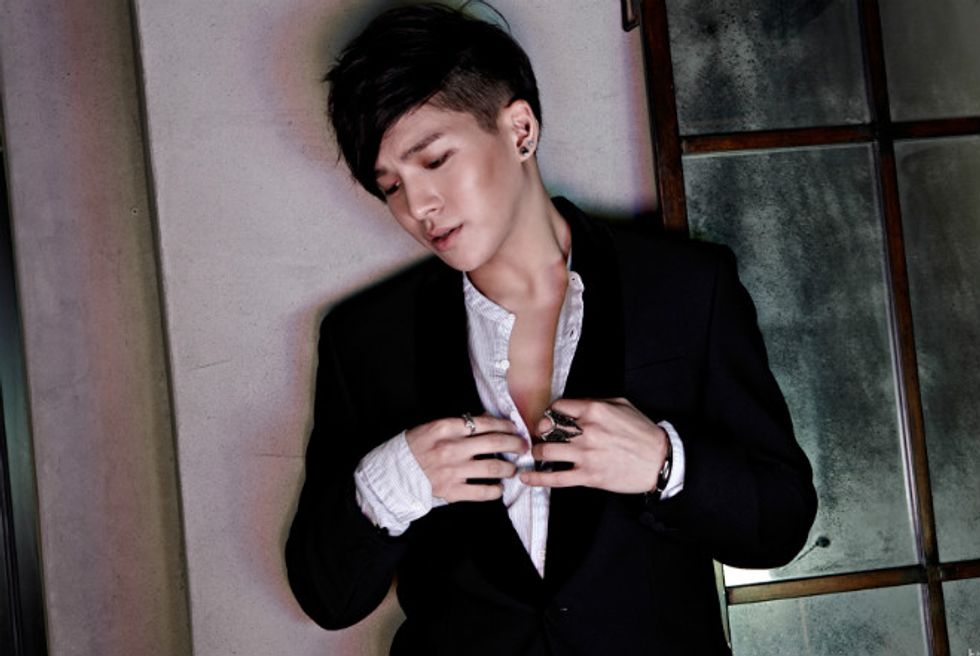 The K-pop world has been rocked by another drug scandal, this time involving boy band, DMTN (formerly "Dalmation"). Daniel, the youngest member of the not-so-successful group, was called in by authorities for suspicion of smoking and selling marijuana. A hair and urine test turned out to be clean, clearing him of charges of using the drug, but an investigation led the singer to fess up to being an intermediary in the distribution of the drug.

Now, we've heard some pretty flimsy excuses from celebrities and public figures when it comes to marijuana use in the past. When BIGBANG's G-Dragon tested positive for the drug, he claimed to have simply smoked what he thought was a harmless cigarette (uh huh), and Bill Clinton's "I didn't inhale" defense is virtually iconic. But Daniel's explanation may very well be the most absurd yet, with the K-pop idol stating that he thought selling weed wasn't a crime as long as he didn't use the stuff himself.

Daniel's got a clean test to back up his claims, but is anybody really going to believe that a 22-year-old thought that being involved in the selling of drugs was totally fine and legal? Especially in South Korea, where drug laws are strict and celebrities like PSY, G-Dragon, and Joo Ji Hoon have all been embroiled in very public drug scandals.

Anyway, regardless of what Daniel did or didn't know, his scandal will probably turn out to be the kiss of death for DMTN. The group was never very successful to begin with, and a recent name change and move to a new record label did nothing to increase their popularity. Only big K-pop stars like the ones from YG Entertainment can worm their way out of scandals like this.