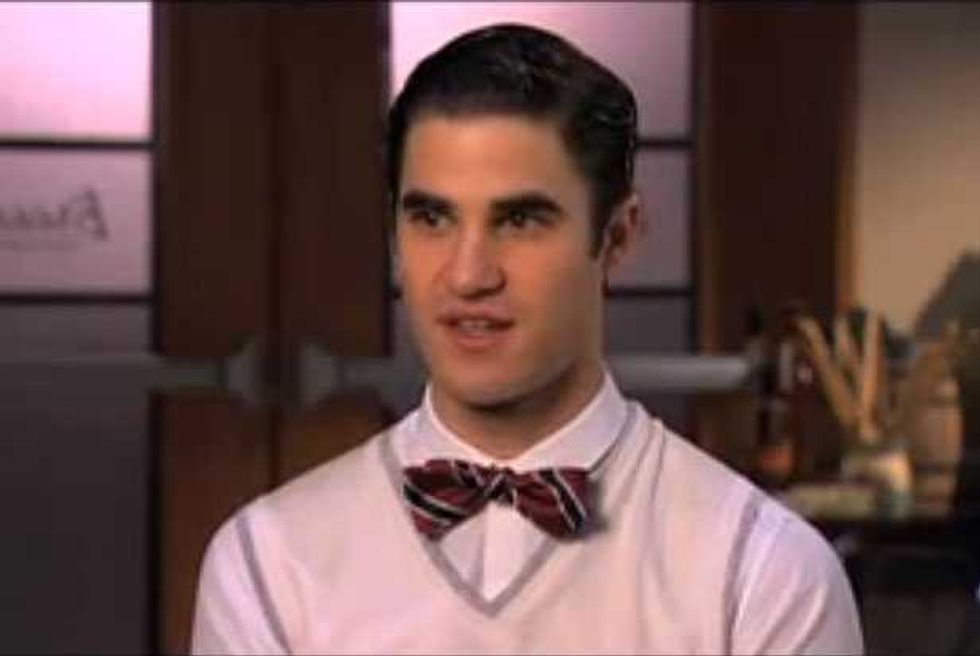 Darren Criss loves Hanson. Like really, really loves them. Don't believe us? Just ask! "I love Hanson. I love Hanson, I've always loved Hanson, big Hason fan," he explained, in a quick behind-the-scenes interview on the set of Glee. So we should expect a tribute episode sometime in the near future? Having come of age during the arrival of "MMMBop," "Where's The Love" and "I Will Come To You," we guess we shouldn't really be surprised—owning your own copy of Middle of Nowhere was social currency in Middle School—yet Criss revealed he's seen the trio live more times than any other artist (nine), and will defend his appreciation for them to the death (more or less):

And any time people make fun of Hanson I'm always like, "Well why don't you make a better Motown record when you're 11 and get back to me?" Because they're like Motown soul and they were like kids like that was cool, that's what Michael Jackson did.

Says the man with the great Sam Cooke cover. Some nice praise, and we know how he feels about the King of Pop. So that's who was relentlessly voting for Isaac in our Great Boy Band Hair-Off!