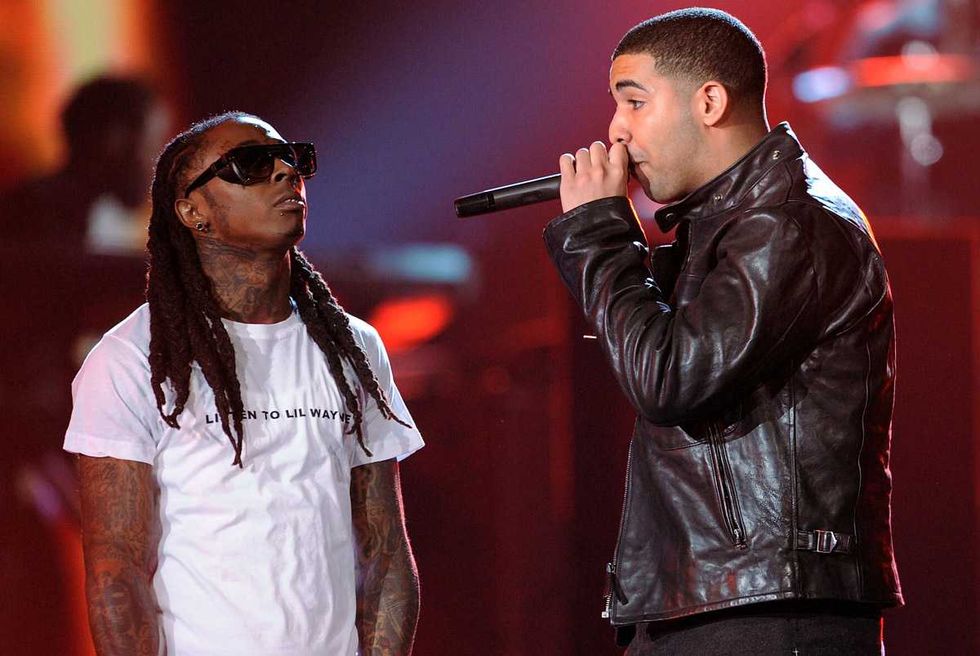 Amidst rumors that he was leaving Lil Wayne's Young Money label earlier this month, Drake appeared on the D.C. date of the I Am Still Music tour to deny rumors of a falling out with Weezy and company. In case there were still any malingering doubts, though, Drake showed up again last night on the tour's stop in Weezy's hometown of New Orleans, to pay tribute to the city that he said first broke him onto the scene, and to once again proclaim his eternal bond with his labelmate and mentor.

"I wanna say one very important thing to you before I go," Drake testified to the audience after he and Wayne performed "Miss Me" off his Thank Me Later album. "I wanna let you know that New Orleans was truly the birthplace of my career. Y'all were the first people to f--- with my music, and I recognize that." He then went on to address his partner in crime: "And just know that I'm Young Money forever, and this is my mother----ing brother, and I love you, man." The two then embraced, as the entire crowd wept openly at the fraternal love on display. (OK, we might be projecting a bit there, but still.)

Drake and Weezy weren't the only high-profile stars feeling the love on stage that night, though. Tourmate Nicki Minaj also shared a moment with a local celebrity. "So, y'all are [New Orleans] Hornets fans?" Nicki asked the audience. "Usually I invite someone from the audience onstage. But today, there's someone special." Minaj then brought out the Hornets' all-star point guard Chris Paul on stage, and gave him her now-trademark lapdance tribute. So if CP3 goes off for a triple-double in the Hornets' playoff opener against the Lakers on Sunday, we'll know where he's getting the extra juice from. Watch video of it here, or check out some stills: