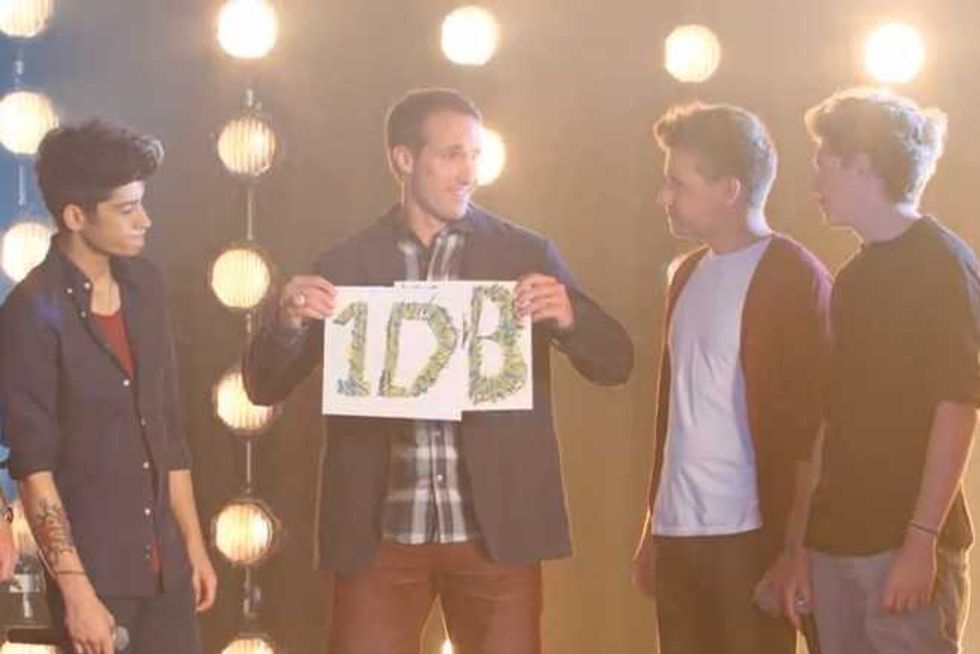 Despite Harry Styles' modest football skills, One Direction has caught the eye of New Orleans Saints quarterback Drew Brees. Do as the boys say and live while you're young, QB 1! It's now or never for that music-football crossover career move. The guys of 1D and the Super Bowl champion star in a new commercial with Pepsi, which premieres October 10 during the U.S. telecast of The X Factor. From a 16-second teaser, we see that the thirst for defying expectations and setting records has caused Brees to recruit one of 2012's most successful pop acts for what he hopes will be the next big thing in the coming year. He plays in the Super Dome, the guys have played in the U.K.'s Wembley Stadium—clearly they'll have lots to talk about.

Brees acknowledges that the band's abbreviation and his own initials share a very important letter ("D"). All the more reason to combine forces and create a formidable boy-man band that will change the musical landscape as we know it, right? Several of the Saints players can probably vouch for Drew's singing abilities. "Sorry, mate," is all Liam can say to the enthusiastic athlete as the other members simply shake their heads and stare back blankly. Does breaking Johnny Unitas' touchdown record mean nothing to you boys? Oh, right. You love that other kind of football. Watch below.