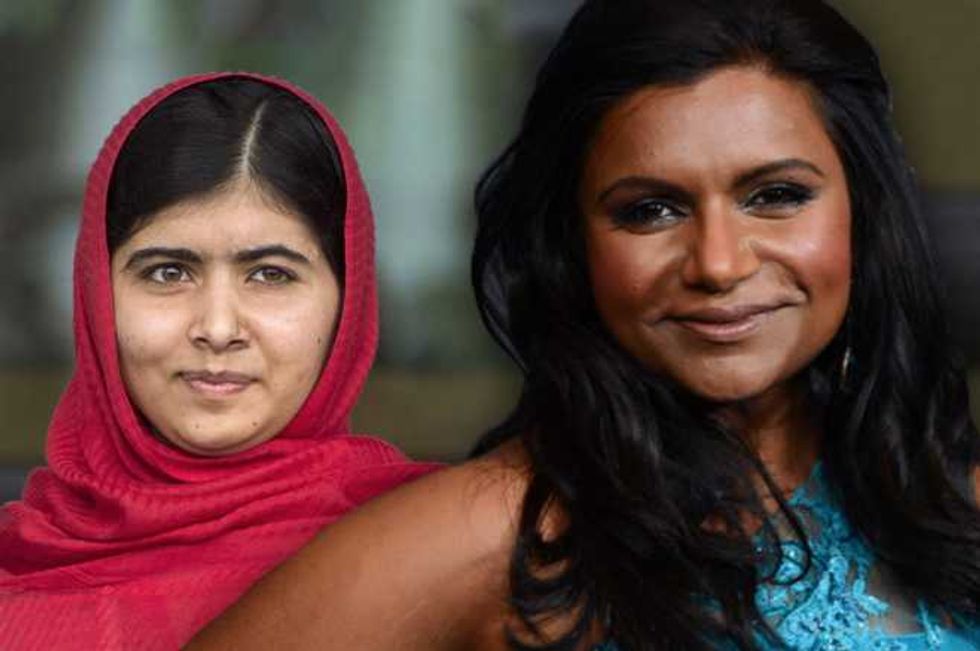 A cocktail of racism, old age, and alcohol led to a mistaken identity incident at the New Yorker Festival, when an 80-something-year-old booze bag sidled up to Mindy, 35, to give her props on her Nobel Prize.

"Congratulations on your Nobel Prize," he said, before marveling at her swift recovery after being shot by the Taliban.

Ms. Kaling was speechless. "Did he really think I'm Malala?" she said when he was safely out of sight. "And that if I were, I'd be at the Boom Boom Room?"

The man is now in talks with Harper Collins to pen a book on pick up lines, which includes such instant classics as, "All you South Asian chicks look alike."

And "Taliban, shmaliban- you can hardly tell you took a bullet!"

The incident was recorded in full by reporter Jacob Bernstein, following Kaling for The New York Times.