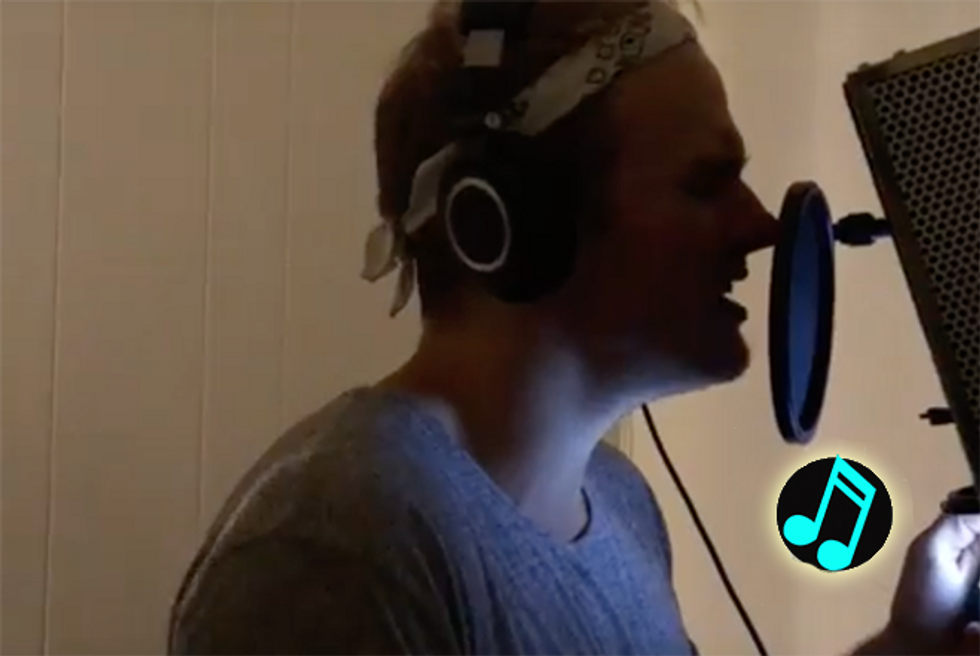 The LGBTQIA community is collectively shedding tears and picking up the pieces following the weekend's (June 11) horrific events at Pulse, a gay nightclub in Orlando. The world continues to be divided on the issues, but music remains as the tie that binds us all. Singer/songwriters Eli Lieb and Brandon Skeie come together with an utterly moving tribute, a haunting piano ballad called Pulse (which was written in one afternoon). The two also took to the streets in West Hollywood for a DIY-style music video, capturing the very essence and spirit of the community.

The song was written along with Hillary Bernstein and Mimoza Blinsson. "I wish I could reach them and strip away what separates. It's the same air we're breathing. The same tears run down our face," Lieb and Skeie profess on the second verse. "So, I don't have to leave where I stand, and I don't have to change who I am to count as a human."

The chorus hits even harder. "Feel my pulse with your hand on my heart . You know it beats just as hard as yours. Feel my pulse." Download Pulse for free via SoundCloud.

The song also serves as a tribute to The Voice alum and YouTube star Christina Grimmie, who lost her life in a separate attack on Friday night (June 10). Following her concert at the Plaza Live Theatre, the singer was busy meeting and greeting fans -- when the gunman shot her and then himself. Grimmie was 22.

A GofundMe has been opened to raise money for the Pulse victims; donations currently stand at over $3 million. You can donate here. Also, you can donate to help the Grimmie Family here.

Let's all stand together in this time of need.