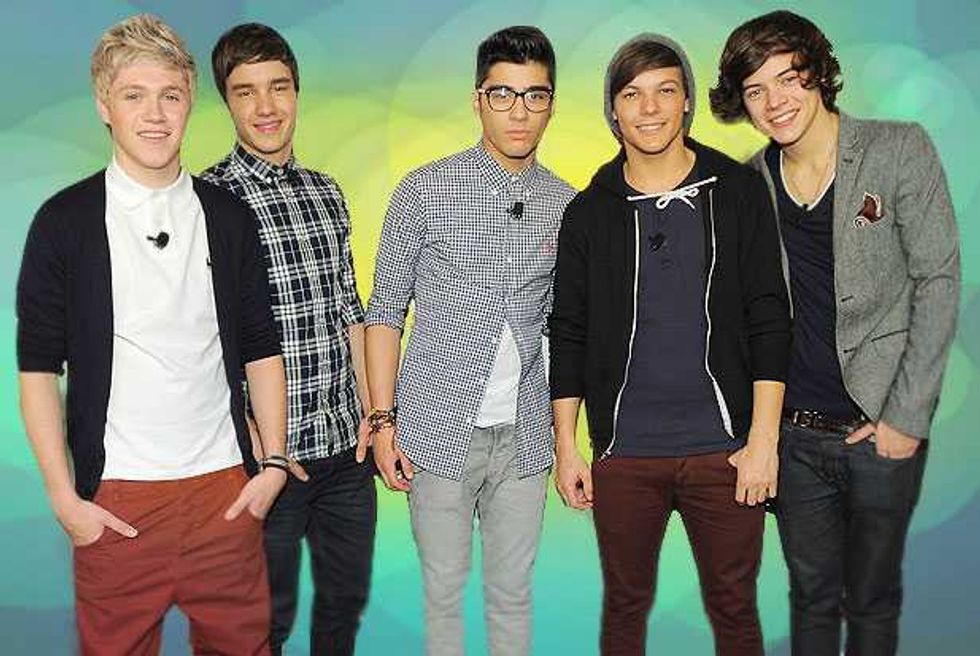 It's safe to say that One Direction's U.S. blitz--including a sold-out NYC concert at Radio City Music Hall (and van raid by fans afterward), an appearance on the Today Show and plans to host Saturday Night Live and get their own TV show--was a smashing success. Single "What Makes You Beautiful" is shooting up the charts, and album Up All Night, which has been out for a while abroad but just got released here March 13, is set to hit No. 1.

That's a pretty big deal, because if One Direction does top the charts, they'll be the first British band to do it with their first album. Ever. If you've ever heard of the British Invasion--any of them--or maybe of a certain band called the Beatles and all their imitators, you'll get it. That's a lot of history for a bunch of kids. A lot of boy bands have paved this path before them, and they've left a lot of trivia behind. Does One Direction know it? Do they know the Jackson 5 from 5ive? Can they tell you what an MMMbop is and spot "the cute one" on sight? What do they really think about The Wanted? We caught up with 1D while they were in town and quizzed them on all these and more.