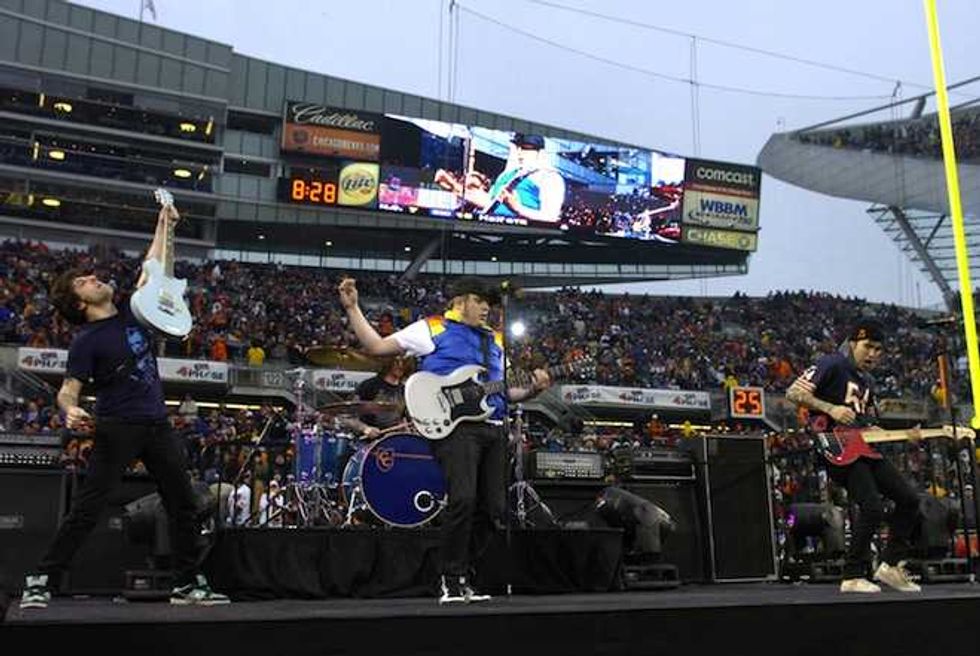 It's the Spring of Fall Out Boy: The Chicago rockers have a new single, an upcoming album and grandiose plans to Save Rock and Roll. (Perhaps more importantly, they're also competing in Popdust's Greatest Pop-Punk Band Going tournament.) Now that the weather has officially turned, the reunited foursome has released another song to hold us over until the album's release next week. "Young Volcanoes" sounds enough like old Fall Out Boy to be familiar, but the band has swapped out the '80s dance-rock guitars for chants and tribal drums. They sounds almost ... fun.-like? Or like Florence and the Machine, whose "Shake It Out" "Young Volcanoes" resembles quite a bit. Check it out below: