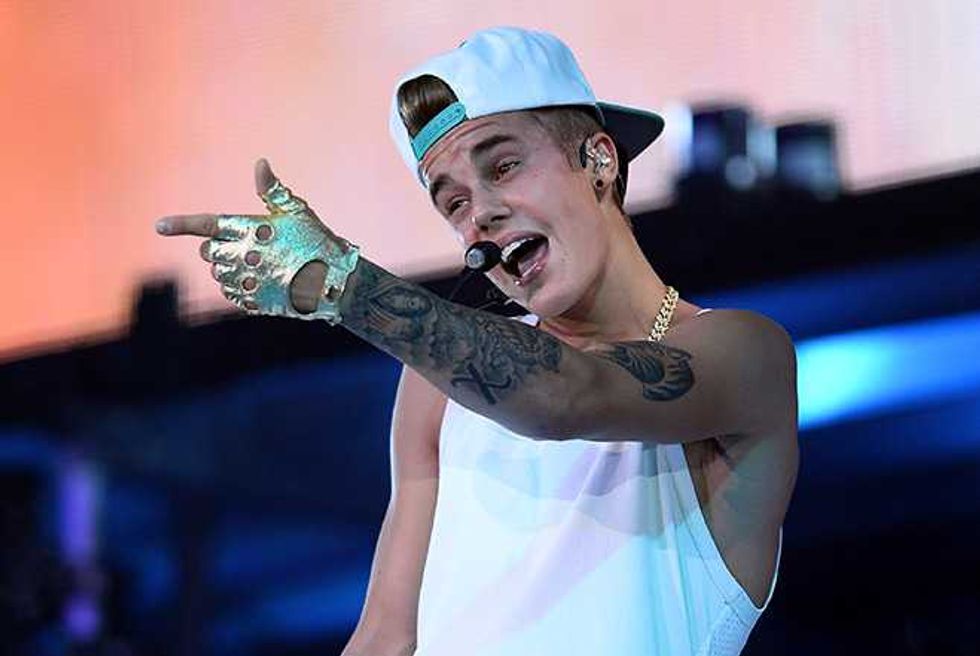 Reports surfaced Wednesday that Brazilian cops want to speak to the 19-year-old after he sprayed a hotel wall in Rio with graffiti—a crime punishable by up to a year in jail.

Would You Pay $100k To Look Like Justin Bieber? This Guy Did

According to TMZ, cops have launched an investigation after the Biebs was caught on camera tagging the wall of a $35 million hotel in the early hours of Tuesday morning.

TMZ claims cops went to Bieber's Rio rented mansion to question him, but he’d already split the country by the time they arrived.

Bieb’s has been on a spray paint frenzy since traveling south—last week he was pictured spraying “Free Breezy” on a wall in Colombia.

Would You Still Pay For A Meet And Greet With Justin Bieber After Seeing This Video?

The teen’s been majorly upping his new found bad boy rep recently—rumors of hard partying are rife and according to The New York Post Bieber was caught red handed sneaking out of a brothel in Rio with two prostitutes in two last Friday.

That came hot on the heels of an interview  with a woman in Panama City who claims Bieber paid her $500 for sex after the two met at a nightclub.