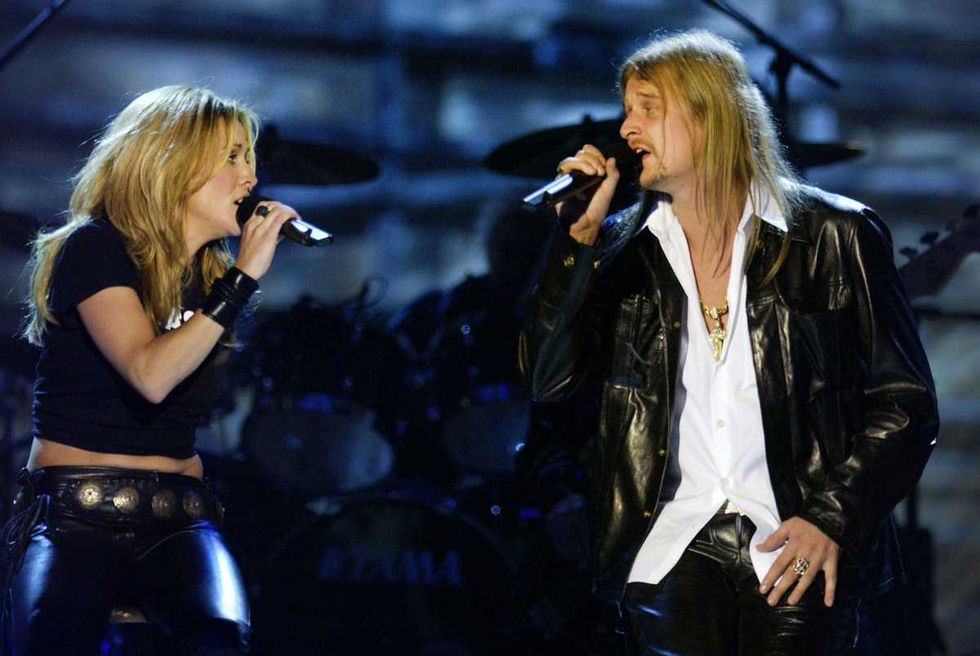 Sometimes, right is just right. Hot off the heels of Nelly and Kelly Rowland's fine reunion track "Gone" (which Nelly would like you to know is not "Dilemma Pt. 2," but sure sounds like "Dilemma Pt. 2"), Kid Rock and Sheryl Crow have re-kindled that old feeling with their recent duet "Collide." Their world-weary vocals twist around one another, the gentle cry of Crow's voice serving as the perfect complement to Rock's gruff, throaty delivery. The pairing remains such a natural fit that it makes you wonder why it took the pair nearly a whole decade to revisit it.

Which leads us to thinking--what other male-female duet partners of the late '90s/early '00s are long overdue for a reboot? Here would be some of our dream rematches: