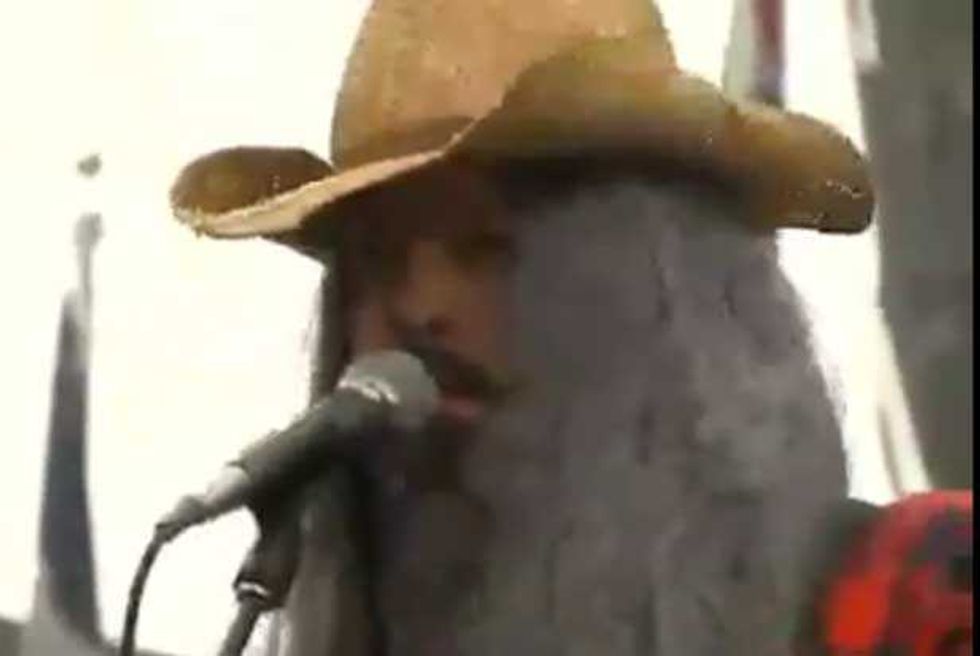 Always a champion of the common man, Foo Fighters took a detour from their Wasting Light tour stop in Kansas to take a drive by a Westboro Baptist Church protest and say a thing or two about a thing or two. Playing a version of their countrified "Keep it Clean" song (the muzak playing at the beginning of the surreal, homoerotic "Hot Buns" video released to the internet a ways back) from the back of a big truck, and dressed like the bearded truckers from the "buns" video, lead singer Dave Grohl took a minute to offer the picketers some food for thought:

Pretty cool stuff. What's more, in the hours following the stunt, reports over the country confirm that Grohl and company's heroic efforts have already single-handedly ended homophobia in 12 out of 50 American states, with Idaho and Colorado expected to fall by the end of the day. Hooray Foo Fighters!