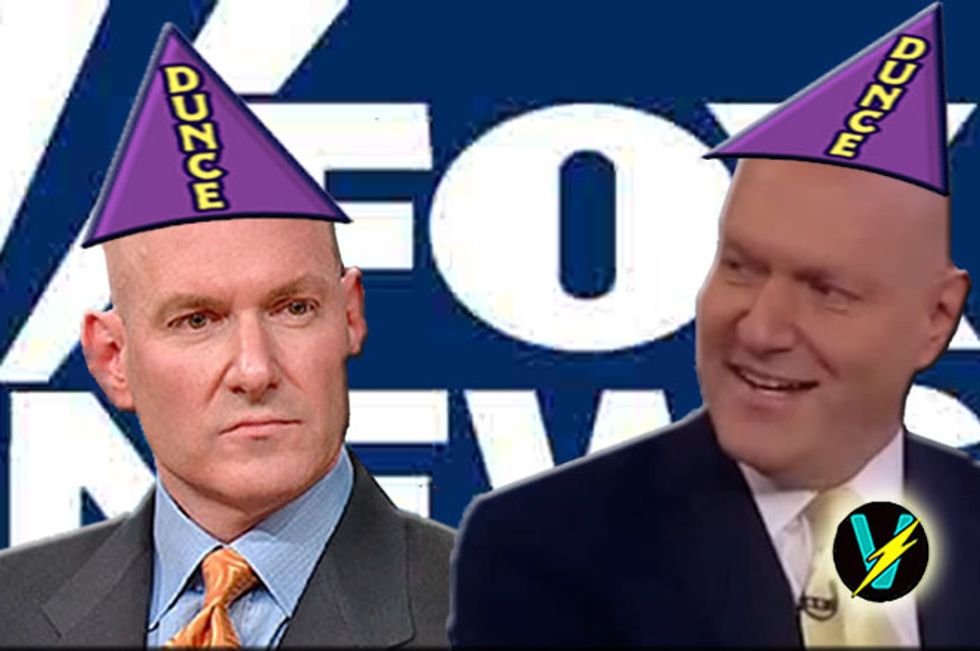 Fox News resident psychiatrist, Dr Keith Ablow has decreed that he thinks men should have the right to veto a woman's abortion.

His unbelievable statement came during a discussion about Modern Family star Sofia Vergara's legal battle with her ex fiance Nick Loeb over their frozen embryos.

The actress has said that Loeb should not have the right to use the embryos to become a single father because "a child needs a loving relationship of parents that get along, that don't hate each other".  She also pointed out that Loeb had signed a contract that said the embryos would only be brought to term with the "consent" of both parties (which btw aside from any of the other moral arguments must surely be the deciding factor).

Loeb has written that he should control the embryos because it "was not just about saving lives, it is also about being pro-parent".  (He seems to think you can get out of a legally binding contract under the clause "Because I Want To")

So Fox News decided a round table discussion on Tuesday would be a good time to have a serious discussion about the issue.  Medical A-Team member Dr Ablow weighed in with his opinion saying Vergara didn't have "2% credibility" and suggesting the actress was a hypocrite for acting like a liberal "but when it comes to her choices in life, she wants all the control."

He was on a roll and continued,

"Not very modern Sofia...You know, what their agreement is on paper should not determine the fate of a child in the world.

You know, I've been outspoken on this.  I think men should be able to veto women's abortions if they're willing to care for the child after it's born."

Cue gasp and interjection from the women around the table explaining that it's a WOMAN whose body carries and gives birth to a child. Yeah you would think so, but no—the dumbass women on the panel just sat there and didn't challenge the idiot at all.

It's actually not that staggering that this man-without-a-womb came out with such BS.  In 2011 he said that if a man gets a woman pregnant he should be able to stop her from getting an abortion and that the pregnant woman should be legally penalized for "psychological suffering and wrongful death" if she has one anyway.

After listening to this fucking idiot I should be able to sue him for psychological suffering.

Watch the whole discussion below!