Get Out Your Magnifying Glass: Nicki Minaj "Disses" Lil Kim in "Stupid Hoe" 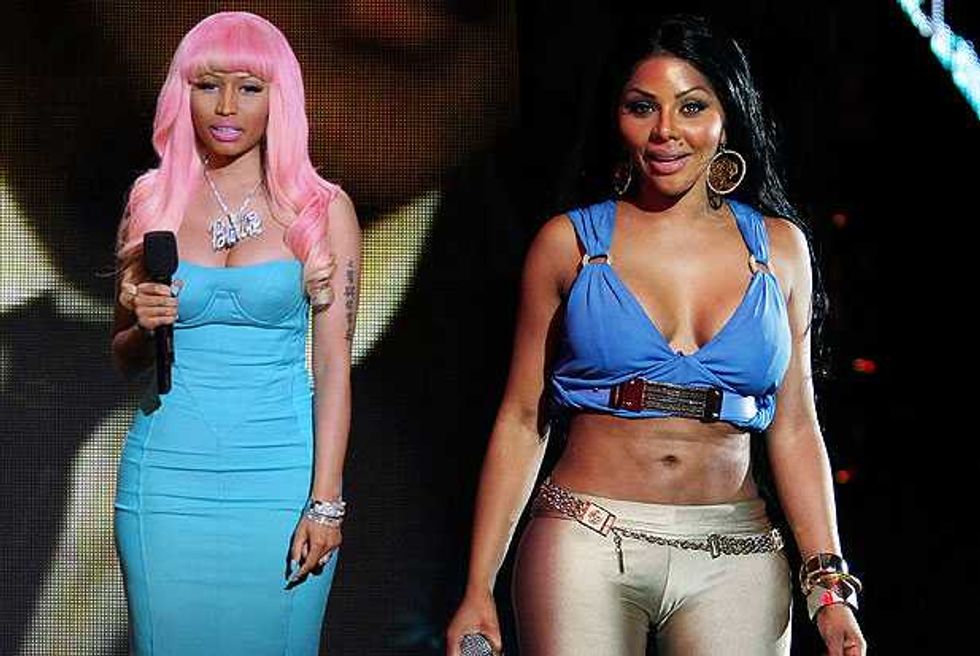 Here's a question: Why the hell would Nicki Minaj continue to feud with Lil Kim? Wouldn't that be like Kevin Durant publicly challenging Juwan Howard to a game of one-on-one? Not only is Nicki Minaj already wayyyyyy more popular and relevant than Lil Kim ever was, but Lil Kim hasn't been the slightest bit popular or relevant in nearly a decade. There is absolutely nothing to be gained for Nicki by continuing to throw shots at Kim besides looking silly, and maybe getting a chuckle or two out of watching Kim eagerly rise to the bait—as she inevitably will, whether it turns out "Stupid Hoe" is actually a Kim dis or not.

So yeah, some people are saying that Nicki's latest Roman-voiced track "Stupid Hoe" may be a Lil Kim dis. And maybe it is, though as with the recent Jay/Weezy and Luda/Sean feuds, we would have absolutely no clue from the limited context provided in the lyrics. The "bitch talkin' she the queen when she looking like lab rat" seems to be the primary source of evidence that the dis is Kim-aimed, since LK used to call herself the Queen (which no other female of self-importance has ever done, natch) and since the two certainly have shared ill will in the past.

But man, do we hope not. Not only would such a dis be pointless and lame, but yet again, it would be buried so tangentially in the lyrics that it doesn't create a single memorable quote or "oh shit!" moment or anything that's actually fun about witnessing an old-school hip-hop feud. Is rap culture in such a dire state that we actually need to be taking lessons from UTFO and Kool Moe Dee?  We don't want to have to keep bitching about this. You can do better, guys.