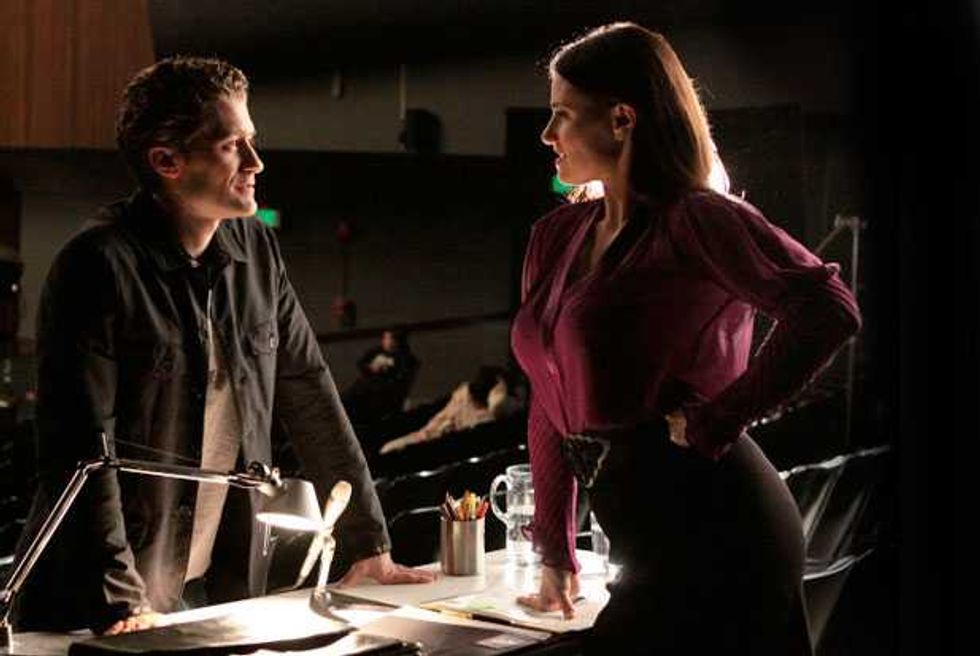 Along with more Adele covers, Glee's upcoming episode "Mash Off" will feature a take on Lady Gaga's ode to Nebraska, mermaids and beer swilling boys named Jo. Tuesday's episode will feature a mash-up of Gaga's "You and I" and "You and I" by Eddie Rabbitt and Crystal Gayle, as sung by Mr. Schuester (Matthew Morrison) and rival coach Shelby Corcoran (Idina Menzel). Glee is no stranger to Gaga, having dedicated almost an entire episode to Mother Monster in season one and declaring "Born This Way" an unofficial anthem last year, but we're eager to see the staging on more of a restrained, piano-heavy number. We love these two Broadway veterans teaming up, and of course, anything that makes us think of Ricky Bobby's favorite t-shirt is a win. For those who are not members of the Gayle Force, Crystal Gayle was basically the late '70s country-pop version of Lady Gaga, with a shared fixation on hair. Listen below.