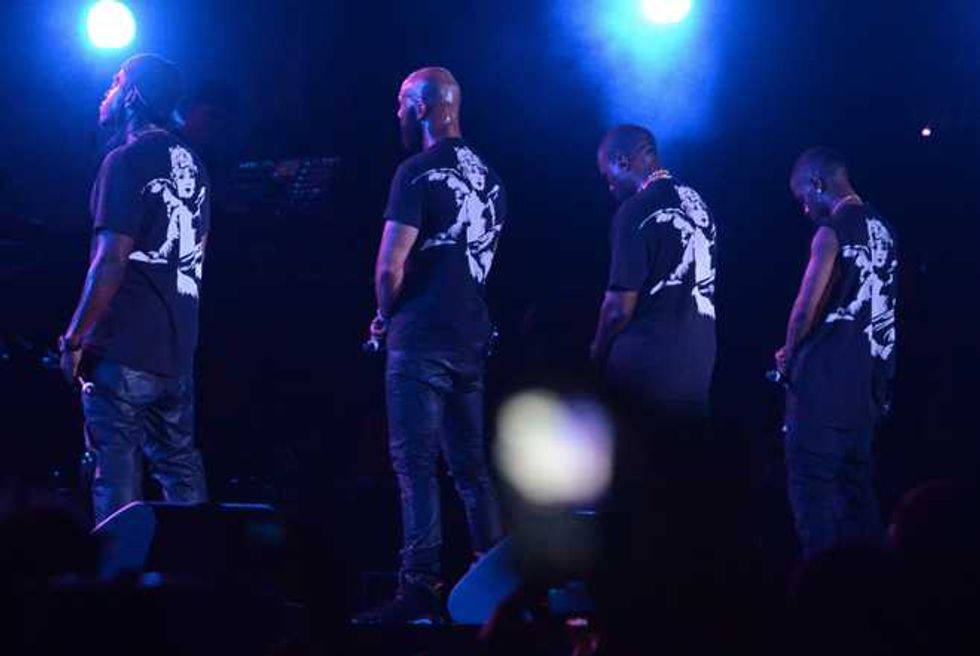 Like Watch The Throne before it, Kanye West's latest project seeks to send chills down your spine and make your arm hair stand on its ends, thanks to a vague clip promoting its impending release. Along with leaking the R. Kelly track, "To The World," this morning, G.O.O.D. Music has bestowed an official Cruel Summer video trailer upon the world. All it really consists of are 30 seconds of "Mercy" (never enough!) and a quick run-through of the album's tracklisting. Hit replay until you've got that stuff memorized backwards and forwards—or check out our previous coverage, including charts!—so you'll be prepared come Tuesday, when Cruel Summer is officially released.

While this exists to build anticipation for the album, we'd be more inclined to go with footage from the gang's surprise appearance at Made in America earlier this month. But judging from his past cinematic preferences, we're surprised 'Ye didn't opt for something else.