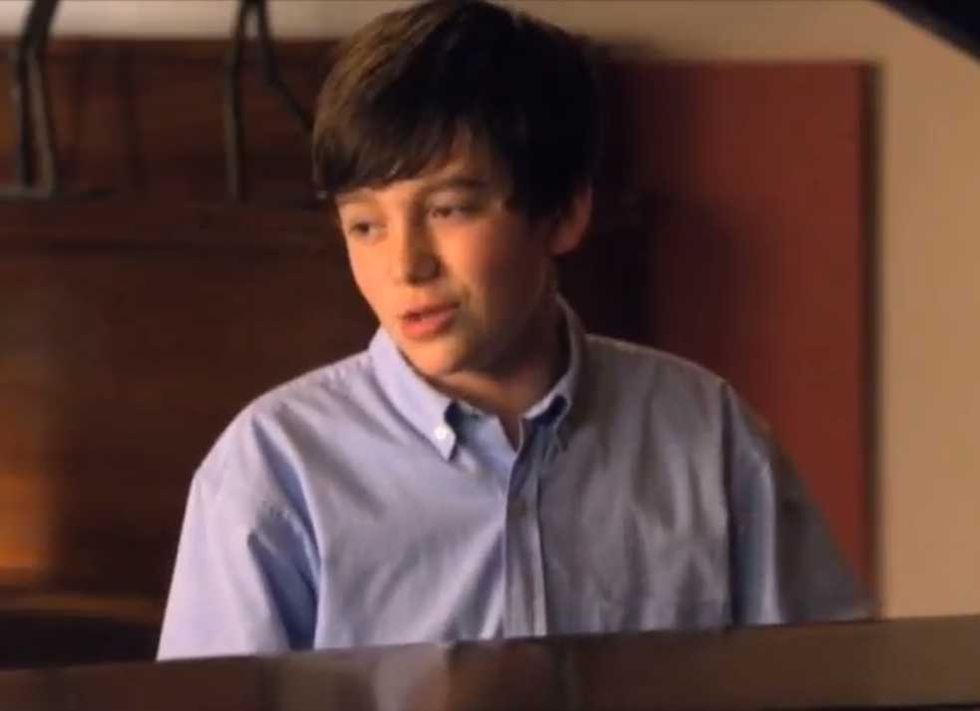 Greyson Chance extended his television reach beyond appearances on The Ellen DeGeneres Show on Tuesday night, with his primetime debut on the FOX sitcom Raising Hope. The 14-year-old played the younger version of Jimmy (Lucas Neff), the father to the titular character, as seen through a series of home movies and guilty memories from mom Virginia (Martha Plimpton). Long before he was a teen dad, Jimmy was apparently a musical prodigy, so who better to recount his most promising days than Oklahoma's own YouTube sensation? The physical similarities between Neff and Chance are definitely there, and even for never having professionally acted before, Chance fit in with the goofy cast and story line, belting out "Hard To Handle" with the necessary soul and taking a miniature golf club to the head like a seasoned pro. Plus, it's not a bad day when you get to spend a few hours with the likes of Cloris Leachman.