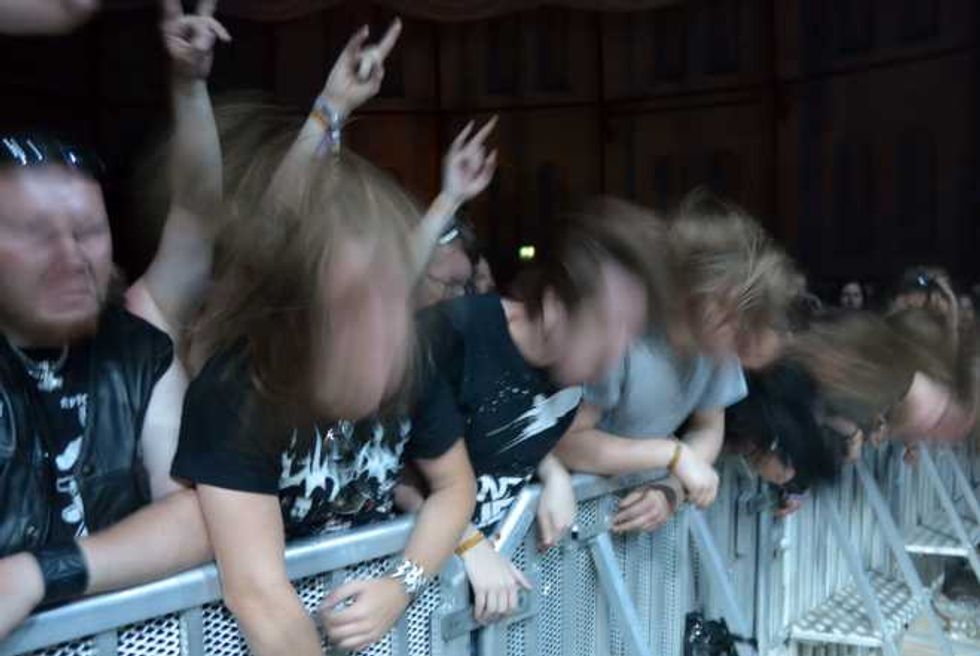 For those about to rock, please exercise caution. You don’t wanna wind up like the 50 year-old German dude who headbanged so hard he damaged his brain!

Hans, let’s just call him Hans ‘cuz most German dudes are named Hans, was suffering with constant headaches that eventually lead him to the Hannover Medical School in Germany. He had no history of head injuries or drug problems, but confessed to headbanging at a Motörhead concert the month before. Doctor scanned his head, and found a brain bleed.

According to their case study published today in medical journal the Lancet, doctors then drilled a hole in the man's head to drain the blood, and the headaches stopped.

"We are not against headbanging," Dr. Ariyan Pirayesh Islamian, one of the man's doctors, told the Associated Press. "The risk of injury is very, very low. But I think if (our patient) had (gone) to a classical concert, this would not have happened."

More from the Daily Beast:

Doctors wrote in the study, that "headbanging, with its brisk forward and backward acceleration and deceleration forces, led to rupturing of bridging veins causing haemorrhage…" and declared that the case "serves as evidence in support of Motörhead's reputation as one of the most hardcore rock'n'roll acts on earth, if nothing else because of their contagious speed drive and the hazardous potential for headbanging fans to suffer brain injury."