MUSIC | The moody-pop trio are ready to get back on the road again!

The trek stretches into late October, including festival stops and concert dates.

HAIM's comeback is currently underway, and their long-waited second full-length project is waiting in the wings (seriously, we thought it was never coming!). Something to Tell You, led with "Want You Back," "Right Now" and "Little of Your Love," drops everywhere July 7. Late Monday morning (June 26), the group took to Twitter to reveal a handful of upcoming tour dates in support of the new tunes, beginning with the Aug. 19 show in Long Beach. Ticket pre-sale begins Wed. (June 28) 10 a.m. local time, with general public access opening Friday (June 30).

Produced by Ariel Rechtshaid (known for his work with Vampire Weekend, Sky Ferreira and others), the record contains such titles as "Kept Me Crying" and "Found It in Silence." "I feel like [the themes are] stuff everyone talks about: having your phone all the time, millennials," bandmate and lead guitarist Danielle Haim admits to EW.com about the record. "You can preoccupy yourself with all these things, but at the end of the day, you're trying to figure out how you feel." Rostam Batmanglij (formerly of Vampire Weekend) also pops up on record.

Coming off such critical success of their debut album, which resulted in hits like "The Wire" and "Forever," the aftermath could have been disastrous--but they simply bit their lip and put their ear to the ground. "The second we start focusing on what everyone else is saying, you'll see me in the corner under the table in the fetal position," Alana Haim said. "We literally do what we do. There is no other way we can write songs. There is no other way we can produce songs. We won't finish a song until it sounds exactly like how it sounds in our brains."

In a separate conversation, they promised the album to be "modern, exciting and fearless," which they always are, tbh. "We write everything, we play everything, and we help produce everything. These things take time, and we refuse to put out anything we're not 100 percent in love with," they said. "We don't have writers sending songs via email."

Something to Tell You follows 2013's critically-acclaimed debut, Days are Gone.

Check out the dates below: 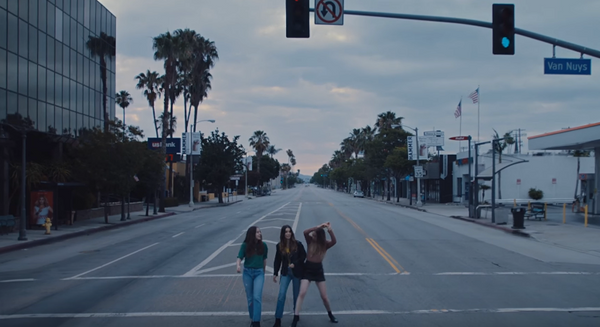 Crypto Bros Down - And Larry David, Tom Brady, and Gisele Are Getting Sued

Just what is the FTX Scandal? The collapse, bankruptcy, class action lawsuit, and the controversy - Explained

Wright speaks out about her on-set injury .. but not her vaccination status