Has 2NE1's Park Bom Had Even More Plastic Surgery? 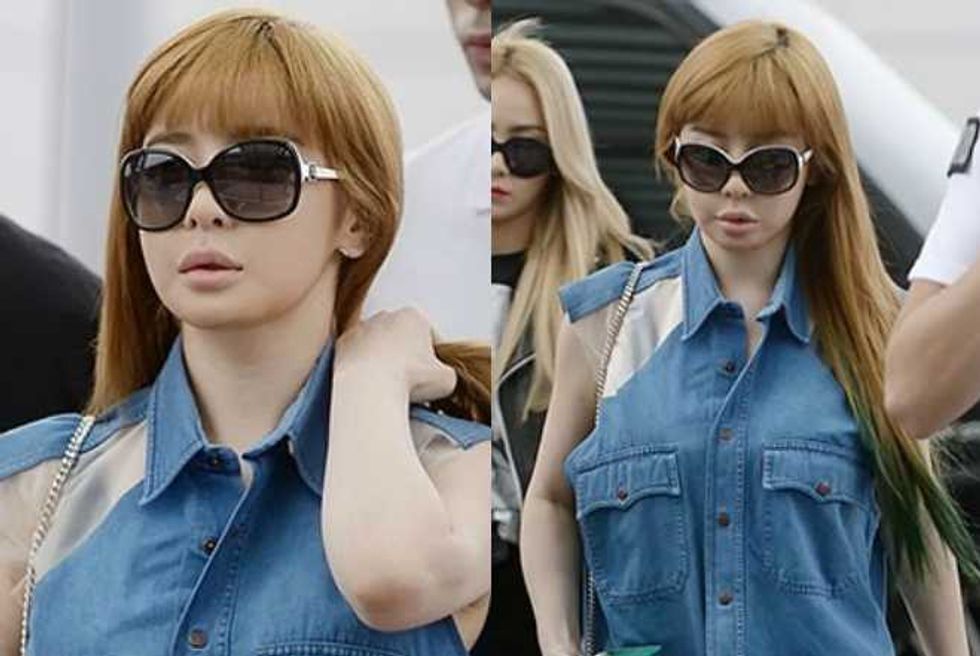 Despite being on tour with 2NE1, Park Bom has basically been in hiding ever since her drugs scandal in late June. The 30-something-year-old has kept her public life to a minimum outside of scheduled concert dates and appearances, but paparazzi managed to snap some rare photos of the K-pop star at Incheon Airport today -- and she definitely didn't look like the same woman we've seen before.

Although Bom already has a well-documented history of plastic surgery, her lips have almost doubled in size since she was last photographed at a Samsung store opening in Shanghai late last month.

Either Bom puffed up her pout, or she's just really good with lip liner like Kylie Jenner.