Has Rain Been Stepping Out On His Military Service With Kim Tae-hee? 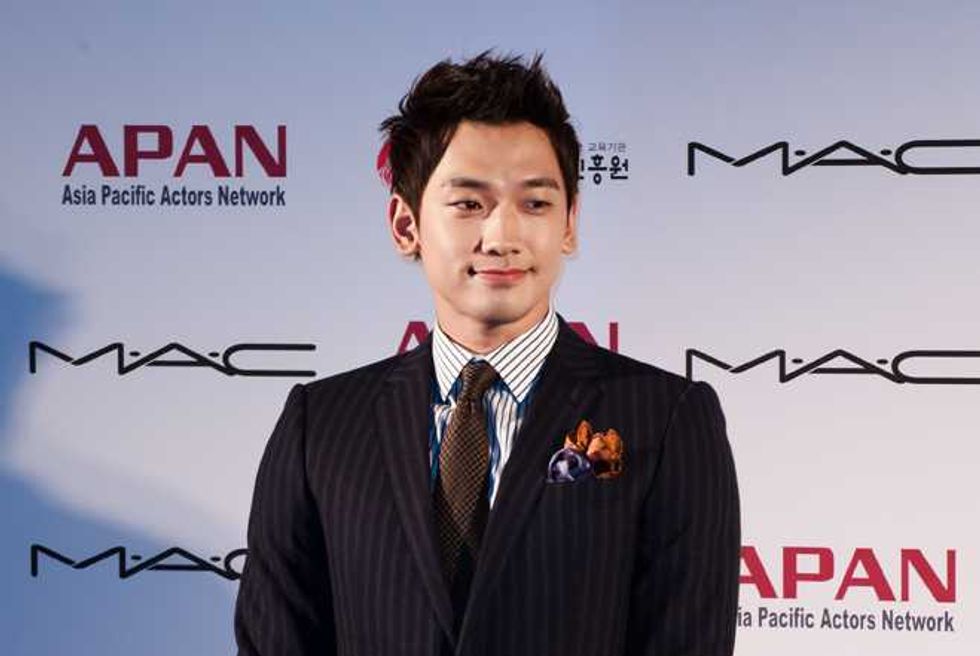 On New Year's Day, the South Korean site Dispatch broke the news that K-pop superstar Rain was dating Kim Tae-hee, publishing paparazzi photos of the two alongside a detailed description of their courtship. New year, new love�all good, right? Well, this revelation could cause some problems for Rain, who's supposed to be devoting all his energy to the South Korean military.

The JYP-affiliated singer has been conscripted since in October 2011; he is scheduled to be discharged in July. Tae-Hee is an actress whose new TV show Jang Ok-Jeong, Live for Love�in which she stars as a Korean concubine who also designed clothes�premieres in March; the two met shortly before Rain entered the army in 2011, during a commercial shoot for the Korean ecommerce site Coupang. In the wake of Dispatch's report, Tae-hee's PR people confirmed that their client and Rain were at least getting to know each other: “It is true that they have met, but at the present time they are slowly beginning to know more about each other with good and positive feelings,” a statement said.

Rain's people have not sent out a similarly sweet statement, which might be due in part to the fact that he is supposed to be in an exclusive relationship with his military service until this summer. Enlistees are usually allowed 28 days of vacation over the course of their term, and thanks to his global stature Rain has been granted additional leave for the purposes of rehearsing and performing for military events; he's reportedly left his base 60 times over the past year. Getting to know actresses is not supposed to be on his itinerary during those leave periods�which is why today Seoul's Defense Ministry said that it was investigating whether or not Rain broke the rules about time away from his service, and whether or not his transgressions are enough to warrant him being thrown in military prison.

Watch the video for "Love Song" below: