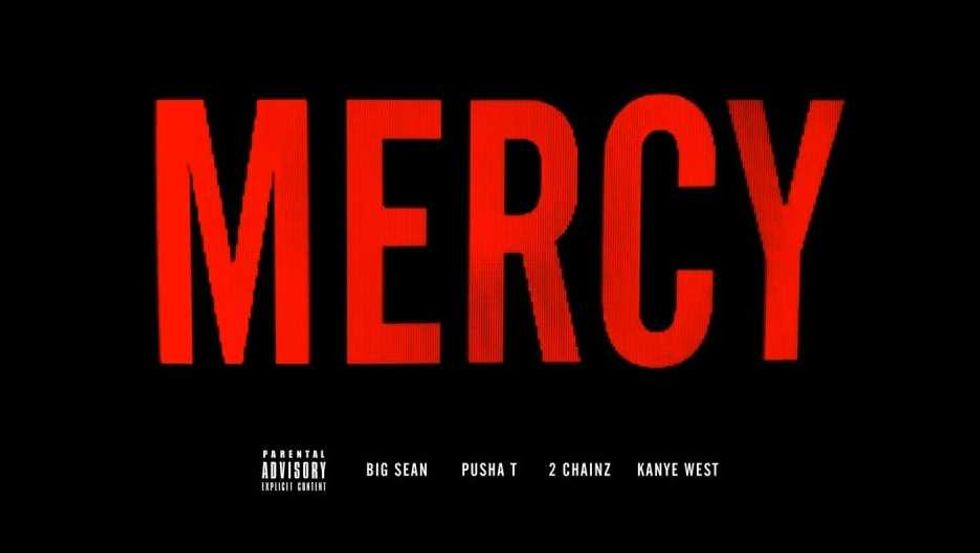 The newest chapter in G.O.O.D. Music's history has begun, with new track "Mercy" premiering ahead of schedule Thursday night. Pusha T promised us a Good Friday treat, but in effort to capitalize on the media frenzy he created on Thursday—and possibly steal all the attention away from Beyonce, matzo brei and ham (in the literal, not abbreviated sense)—Kanye West passed the song along to New York radio hosts Funkmaster Flex and DJ Clue, who got into a bit of an on-air pissing contest with repeated shouts about being the best and lots of digs at their competition. Guess this braggadocio thing is contagious? This should make for a great meta remix if you like boasts on boasts on boasts, or enjoy being lulled to sleep by  never-ending radio edits and blaring air horns.

Picking up where Watch The Throne left off on the label name-checking scale, 'Ye continues to celebrate luxury rap, with a title that references the epitome of a materialistic supremacy, and allows for a number of plays on words. Taking cues from WTT tracks like "Ni--as in Paris," each performer attempts to throw his wait around with mentions of Expensive Item X in Impressive City Y, with Big Sean making his own trip to the City of Lights and Pusha T dropping references to the fine cultural merits of the Big Easy, in between explaining how he's moving his coke these days. Fresh off the high-profile guest spot and public endorsement by Nicki Minaj, 2 Chainz delivers somewhat tired rain/pours puns, but succeeds in shedding new light on the way he sees the world (coupe the color of mayonnaise; chain the color of Akon). Kanye does his best not to steal the entire track with from his label mates, mostly by refraining from filling his verse with an update on who he's sleeping with today. Instead we get a taste of his own tastes, as he reveals a bit of his Netflix queue, while hitting the marks on his checklist of high-brow consumerism by mixing Salvador Dali with molly—your thoughts, Madge?. In all, it's just one big move to assure those who listen that they'll never be able to achieve the same amount of refined judgment that Chitown and Donda have blessed him with ("Most rappers taste level ain't even at my waste level"). Hunh? Yeah, he's probably right. Listen below.