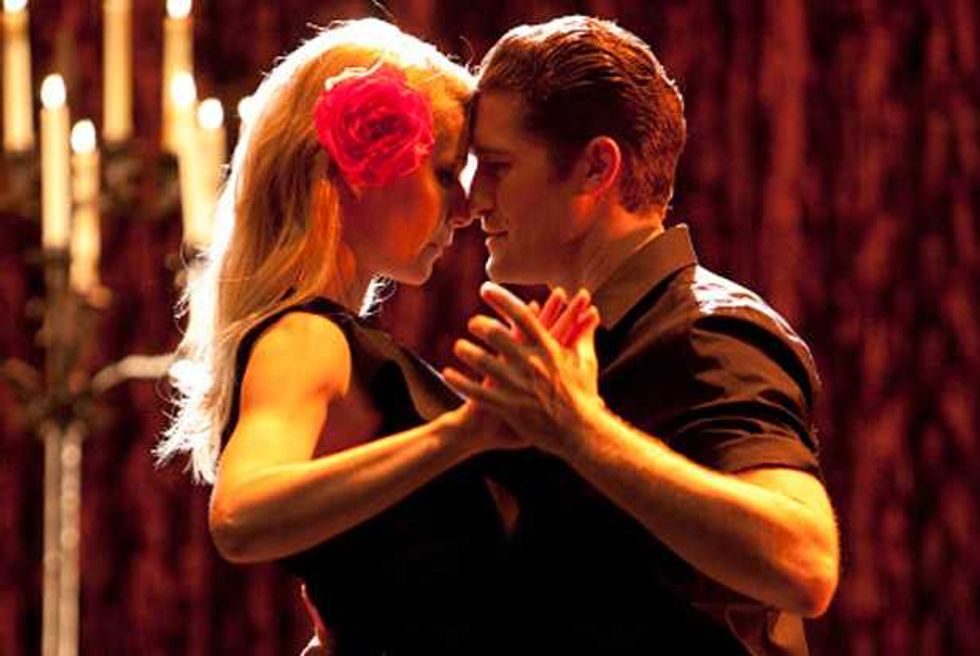 One of the ways the music business has reacted to the death of the music business is by signing anyone even marginally famous to a record deal. The side effect of this is that "having a record deal" is now easily confused with "being famous." And so we have Perez Hilton and Seth MacFarlane recording albums, while Jewel and Mark McGrath host reality shows. It's confusing! Glee is sort of at the epicenter of this, the place where actors get famous by singing songs by musicians who then become more famous in a big self-reinforcing cycle, and that's why Gwyneth Paltrow, a non-musician, is guest-singing on the solo debut of Matthew Morrison, a non-musician. If you want, you can hear them singing "Over the Rainbow," a song made famous by another non-musician. (Though if you are really into the song, you could do worse than read Dan Kois' book about Israel Kamakawiwo'ole, the alpha and omega of all "Over the Rainbow" covers, including this one.)