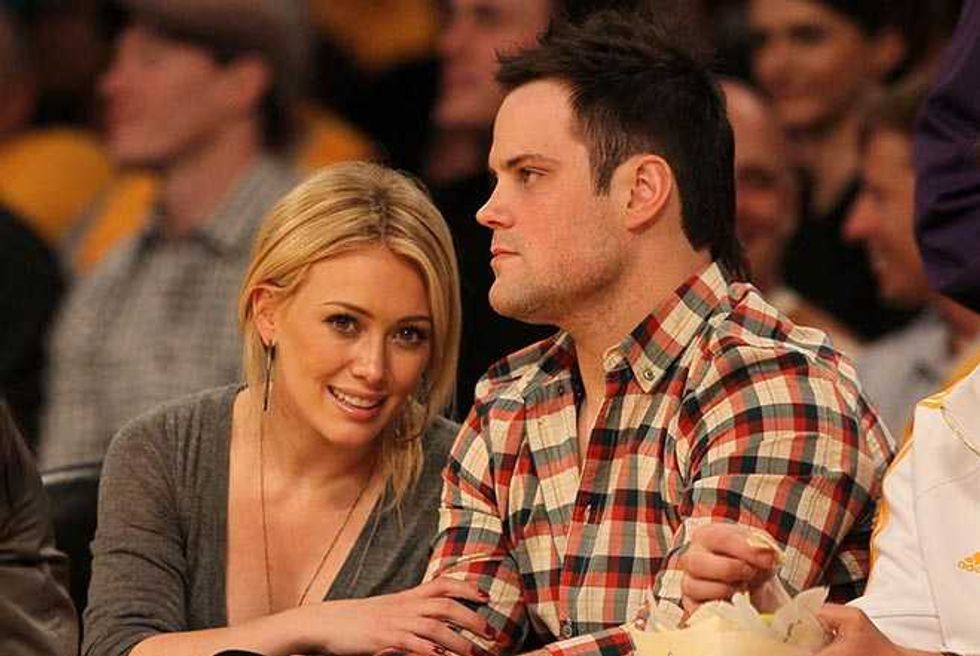 Wowsa… didn’t see this one coming..

Hilary Duff has split from her ex-hockey pro hubby, Mike Comrie, after three years of marriage and one child together—and Popdust has the details.

The 26-year-old’s rep confirmed the news to People, saying the two "have mutually decided [upon] an amicable separation. They remain best friends and will continue to be in each other's lives. They are dedicated to loving and parenting their amazing son, and ask for privacy at this time."

“There was no major incident – no big event between the two of them. They really did drift apart,” a source tells People.

“They have put effort and thought into this decision for a long time. They tried couples therapy, but in the end, they realized at this time, they work better as friends.”

“They're still going to go to the park together,” the source adds, explaining it’s been a while coming.