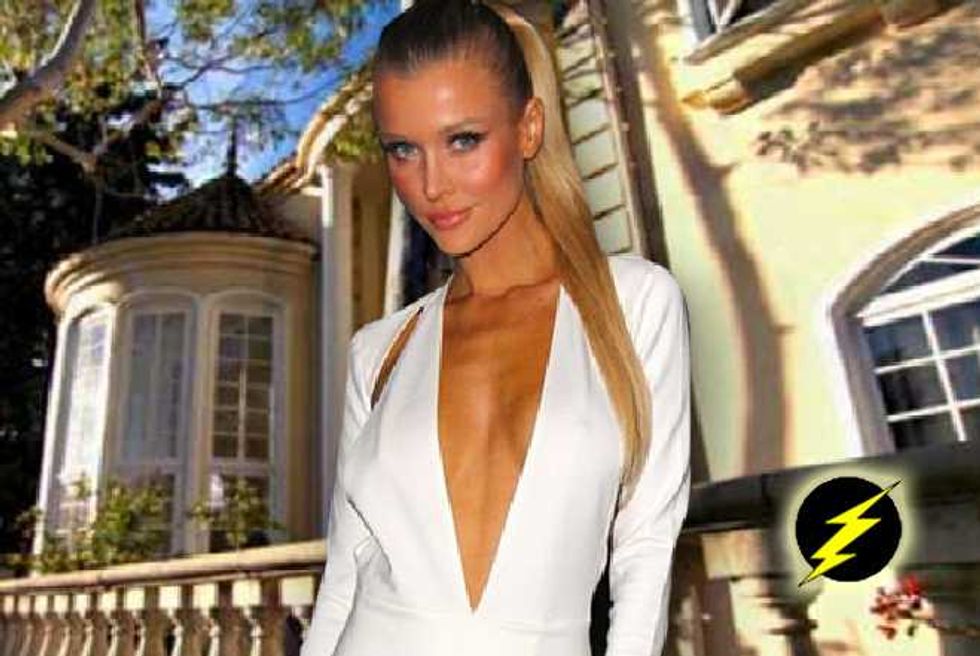 Yes, you read that right.

The stunning model is known for her model Miami living, but she and her hunky hubby also have a place in California – Hollywood Hills to be exact.

And it’s as lovely as she is (looks-wise at least).

Perhaps we’ve got another RHOBH cast member in the making.

Now that would be an interesting blonde battle.

You may recall the “fishy vagina” melee.

As per ET Online, the new place is sprawling and classically-decorated, with a view of L.A. from a private terrace.

Sounds like a dream come true for the Real Housewives of Miami star and her six (count ‘em, six) dogs.

Oh, and her man too.

Bravo calls the home a “mini castle” with a cream-colored exterior, bold columns, and plentiful windows.

There’s plenty of seating in case the Miami cast stops by to see their model friend.

The dining area is truly lavish, lit by a chandelier, and decorated with exquisite artwork.

The table is fit for a queen with large seats with cloth coverings.

Step outside for a dip in the lady pond (well, pool) and relax on a reclining poolside chair to catch some L.A. rays.

Just when you thought nothing could be as gorgeous as Joanna Krupa, there’s her new home.

The lucky just get luckier (especially when you’ve got Bravo backing you up).

Take a tour and drool over the Krupa Kingdom.

Mama Elsa would be smiling... if she could move her face. 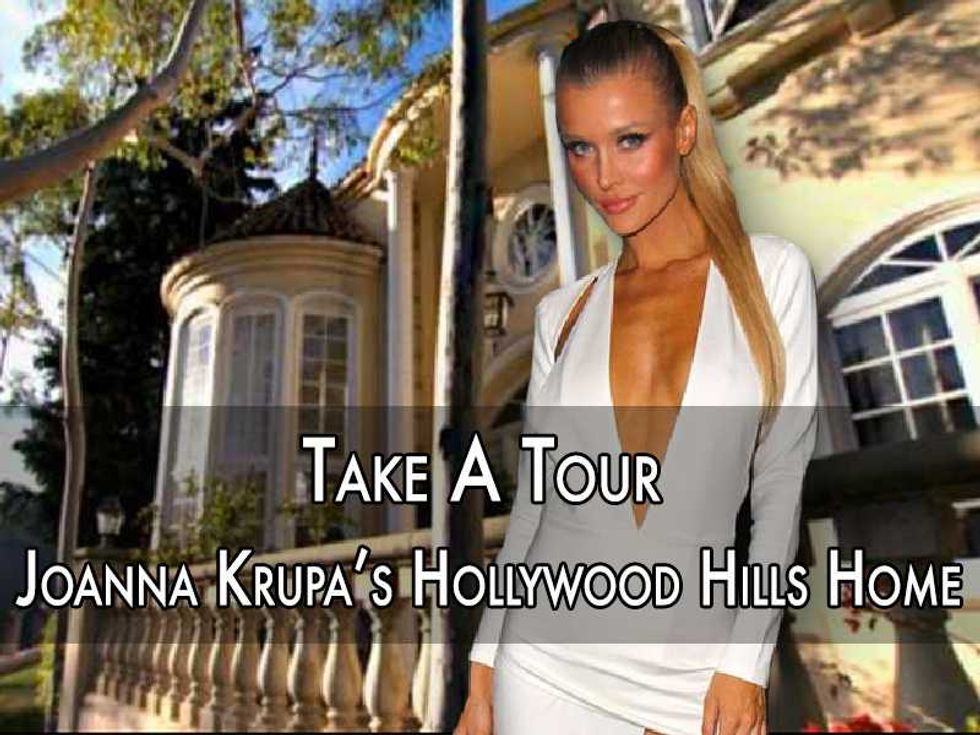 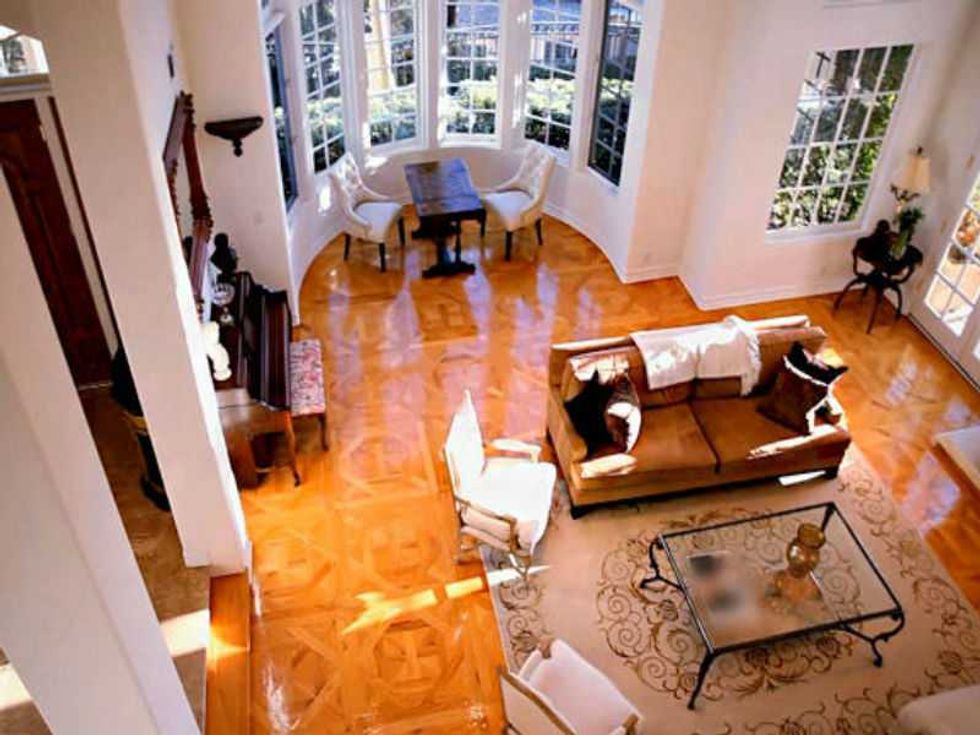 Previous Next
Now this is L.A. living! 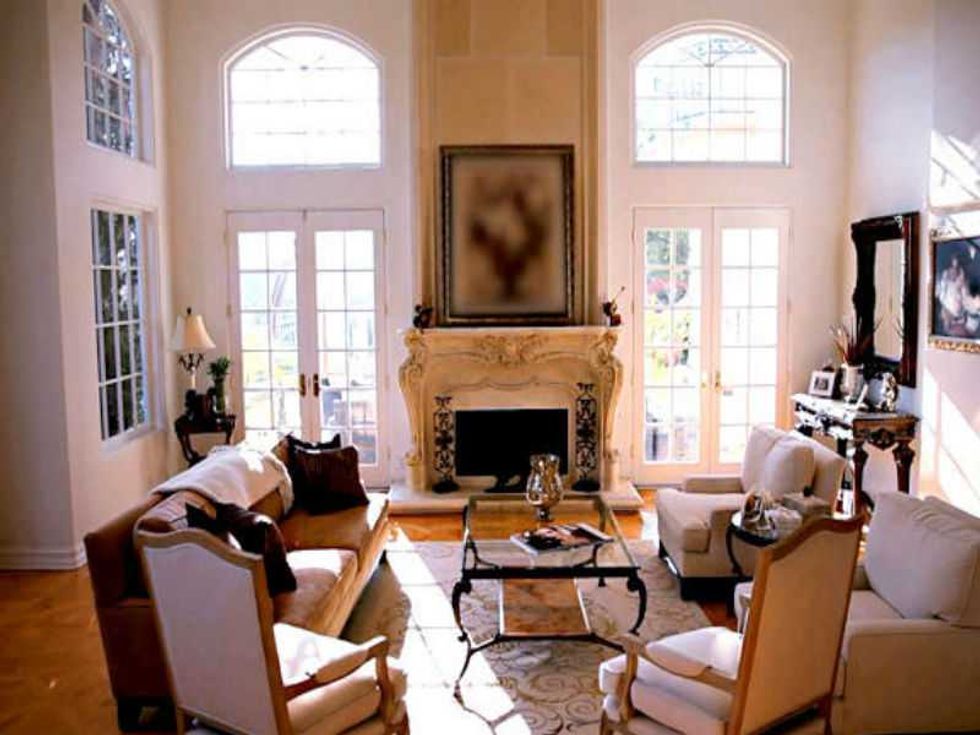 Previous Next
Nice place Joanna, but what was so bad about Miami? 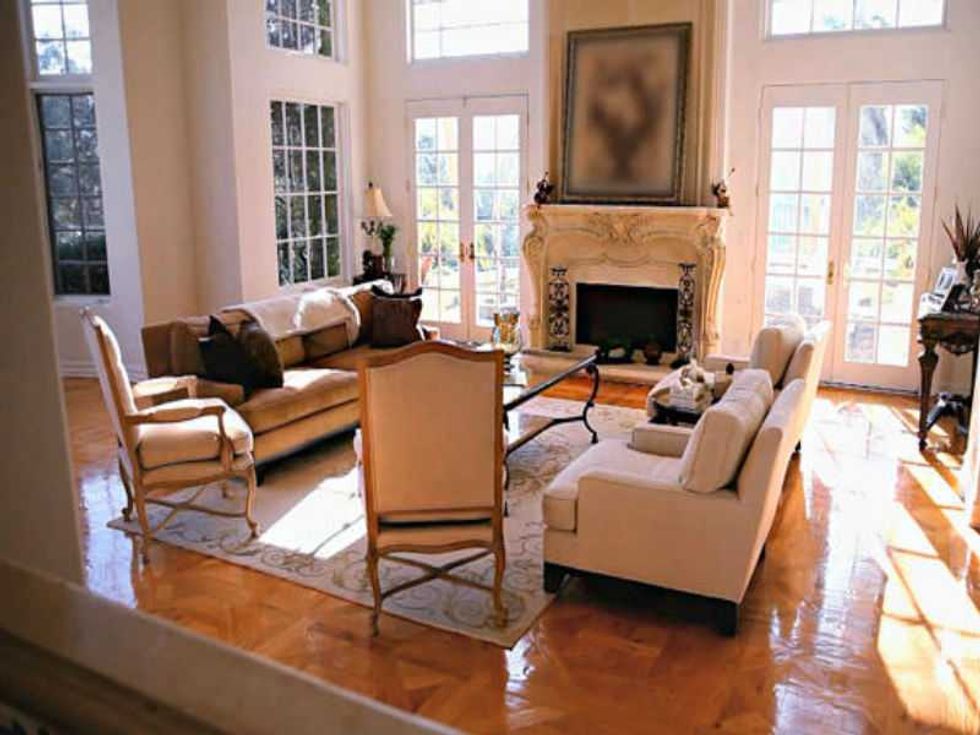 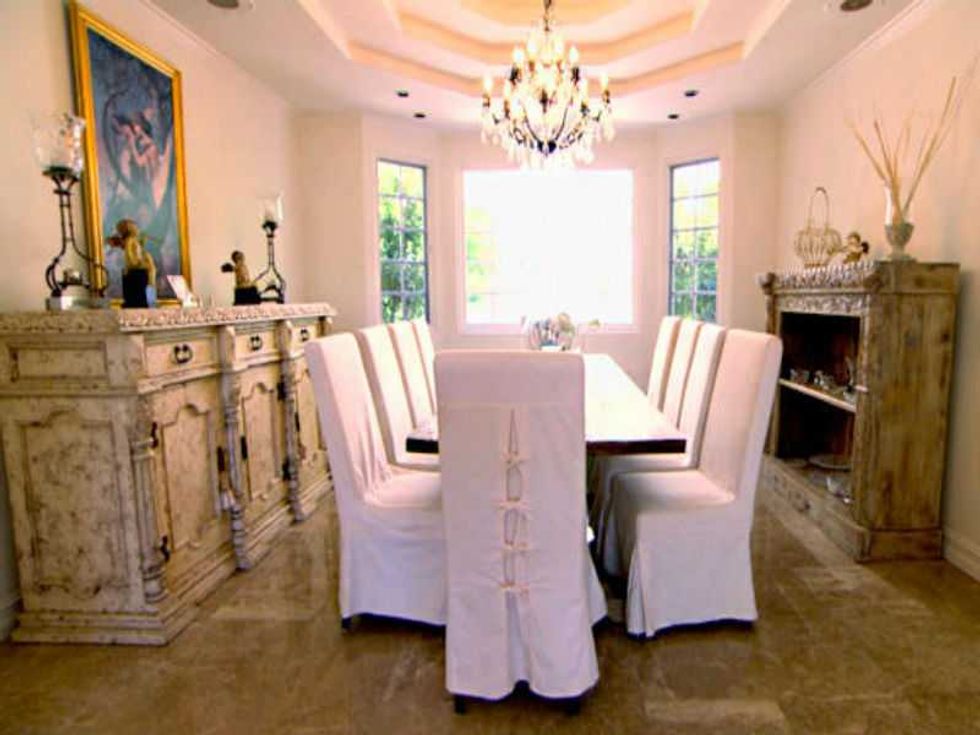 Previous Next
Time for a nice meal with the hubby and 6 dogs. 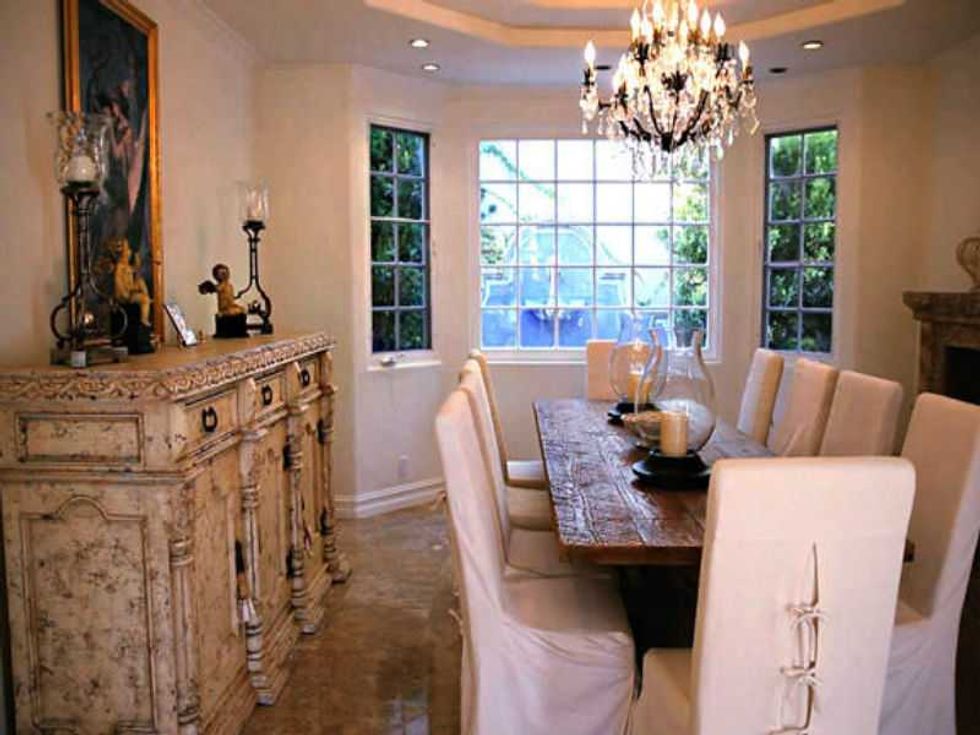 Previous Next
Eat that Brandi! 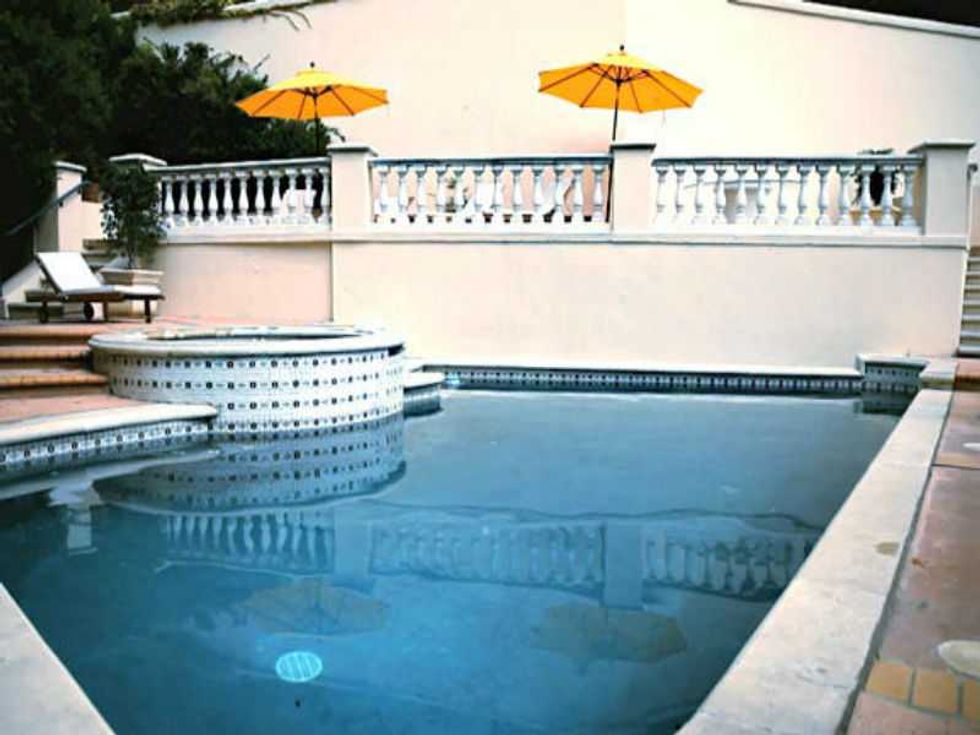 Previous Next
A dip in the lady pond anyone? 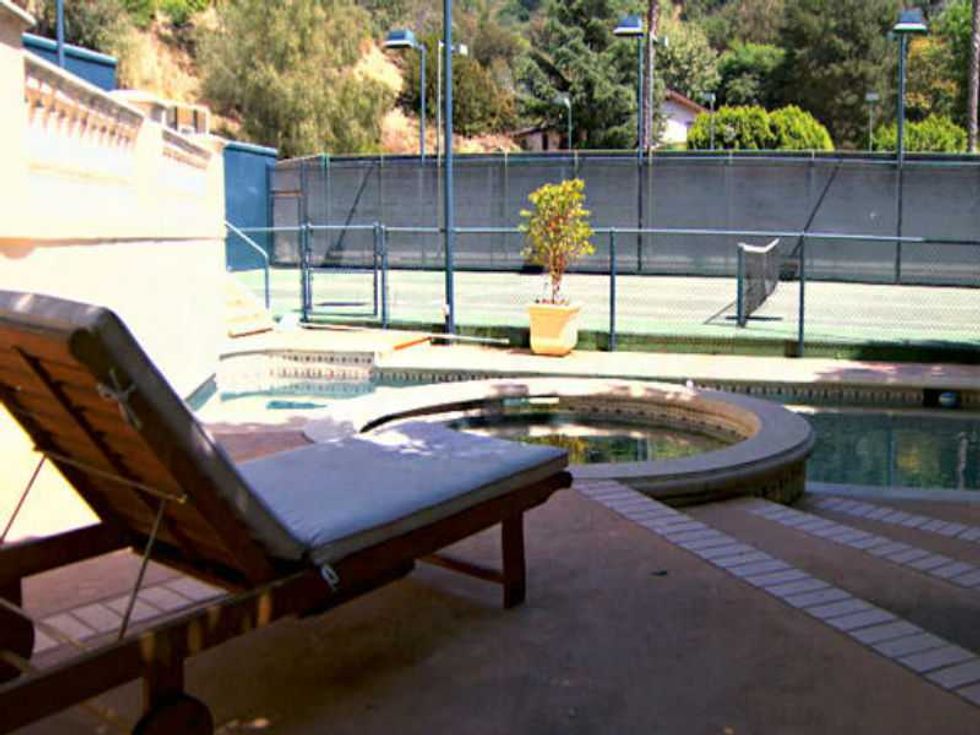 Previous Next
Relax in the hot sun of L.A. 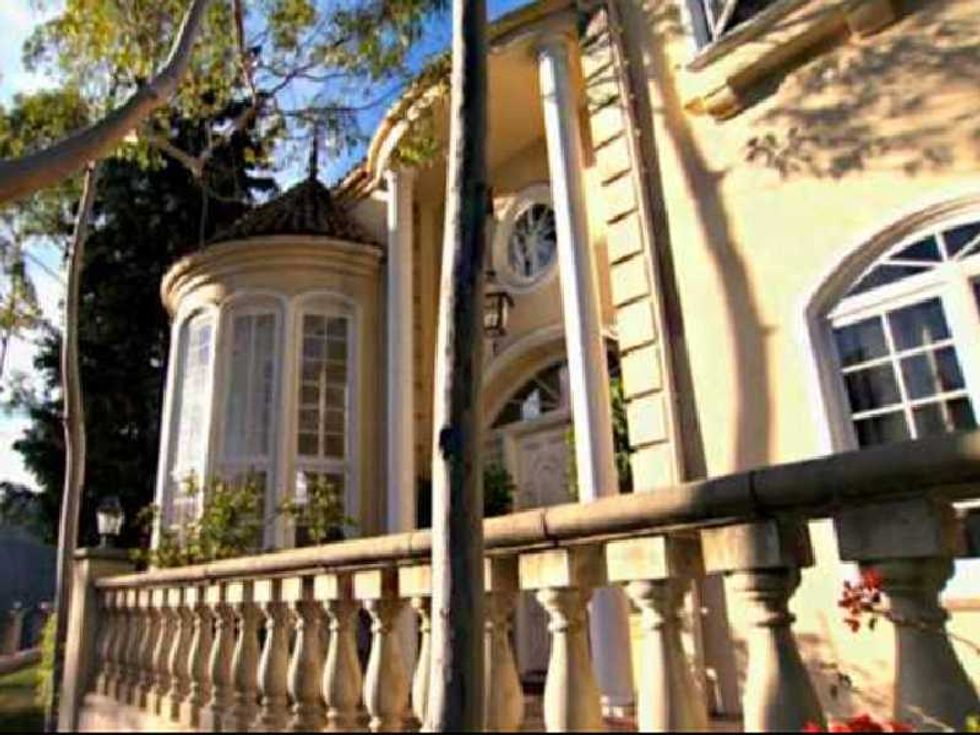 Previous Next
It's Joanna's world..we just (would like)to live in it...