Howie D. Ditches The Boys For "Lie To Me" Video 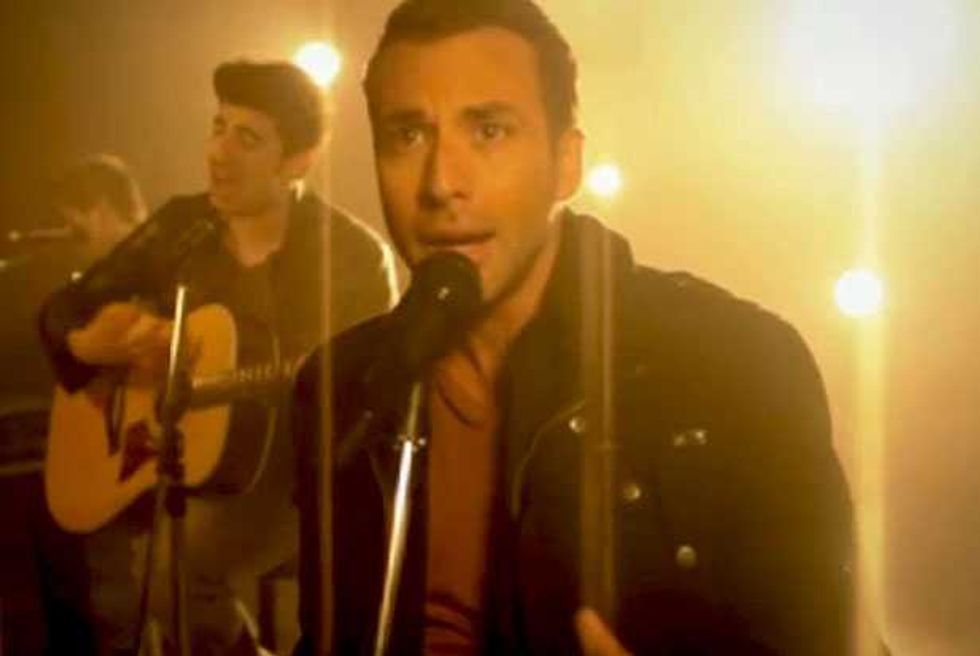 In effort to ease the transition from boy band member to viable solo star, Howie D. wants us to believe that nothing's changed. Really! Just because he's not doing choreography or closing off Times Square (RIP TRL) doesn't mean he's lost the ability to best express his feelings through song. Before shipping out on the Backstreet Boys cruise later this week, D has revealed the new video "Lie To Me," off his solo debut. The black and white clip shows Dorough trying his best to stay busy on a set, responding to a lengthy text message—from his wife? Girlfriend? Personal trainer?—with a broad statement resembling something of an invitation to chat. But talking is easier said than done, as he still gets distracted by instruments, inviting performance spaces and his compulsion to give artistic notes to any surrounding crew members, so he'll settle for singing his way out of this one. Old dogs. For those who haven't grown accustomed to seeing each boy out on his own, pretend Howie's anonymous backing musicians are Brian, Nick and A.J., respectively.