"Hurry Up With My Damn Croissants": Behind Kanye's Instantly Viral Yeezus Line 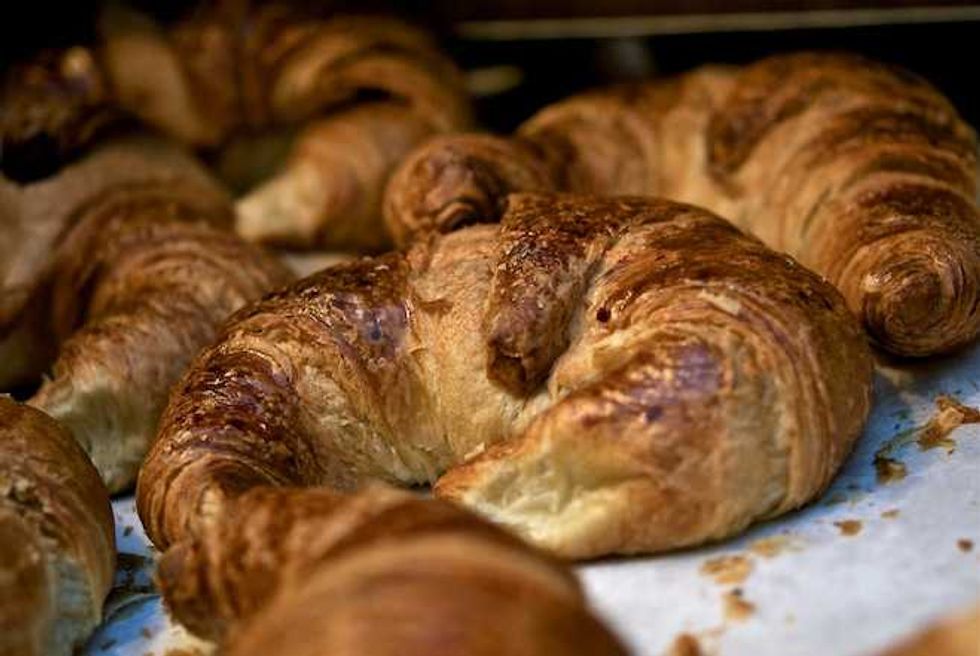 If you've spent any time listening to the newly leaked Yeezus, or even just following people who were talking about Yeezus, you've undoubtedly heard one line over and over again:

I'm going out for breakfast, I'm not hungry I just want to tell someone to, "Hurry up with my damn croissants!"

"Hurry up with my damn croissants" is definitely the biggest social commentary / deepest line off of Kanye's new album "Yeezus." Maybe.

New Kayne album leaked, and Imma let you finish Yeezy but this is the best lyric of all time: "Hurry up with my damn croissants."

Prepare for meme-ifcation, "Hurry Up With My Damn Croissants".

The line comes from "I Am a God," the album's third track. Here's the full context:

I am a god

So hurry up with my damn massage

In a French ass restaurant

Hurry up with my damn croissants

As you can see, there really isn't any. Does RapGenius offer any illumination?

Garçon, let’s get these fucking croissants on my table ASAP! Excuse my french, but I’m in Fraaaance!

So, no. If we had to guess, we'd assume the line ties into Kanye's longstanding fascination with French culture as a synonym for class, luxury and sophistication—a symbol of everything that's normally off-limits to a black man from Chicago. Plus, the fact that it's a breakfast food lends the line a certain petulant silliness. Only small children and very, very rich people get breakfast served to them. Us normals have to fetch our own croissants.