If You Ever Wanted To Call Skrillex, Tomorrow Is The Time 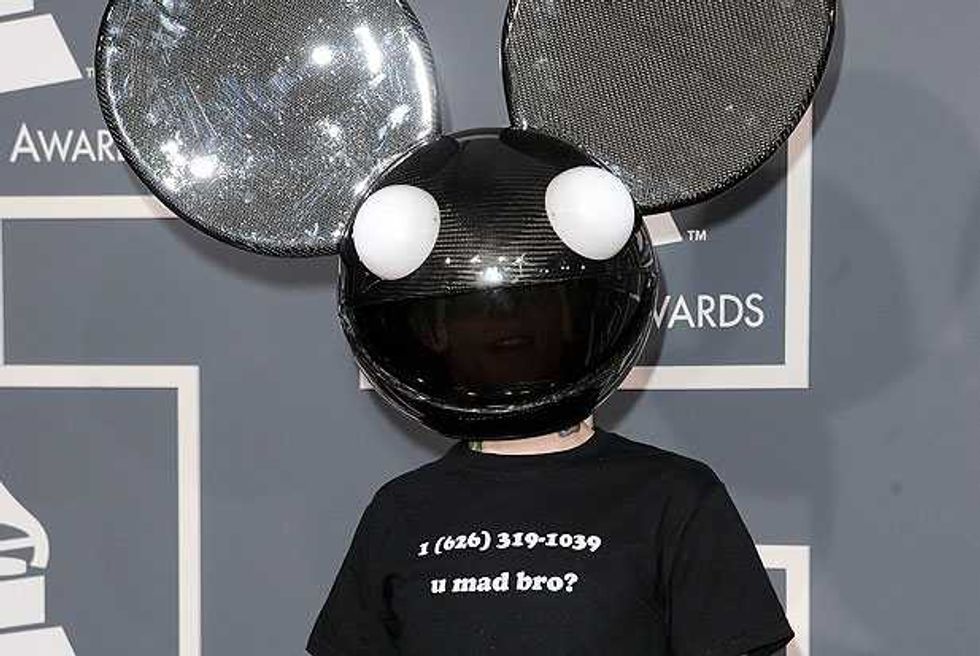 The Grammys have taught us one very important thing so far: the ultimate deadmau5 trolling experience. Man, what would that even be? Hundreds of prank mouse-shaped pizzas? Free USPS boxes? Nah, just dropping your digits on national television via T-shirt. And since Skrillex won multiple dance Grammys, something that you could argue earns a bit of friendly trolling, deadmau5 showed up to the awards with Skrillex's number, 626-319-1039, on his T-shirt.

Dubstep fans and brostep gawkers, this is great! But you shouldn't call that number right now, as Skrillex has some very important Grammy attendance and/or victory-dancing to do and will not pick up. No, you should try calling it tomorrow, preferably later in the day tomorrow, after all the hubbub, festivities and dubstep has subsided and when he might've forgotten. (But don't delay--he's changing it. Clearly.)

(We don't follow our own advice at all, so we called the number. Skrillex has not set up his voice mail box. This is probably a good thing, because everyone would wait forever to leave a message after the drop.)