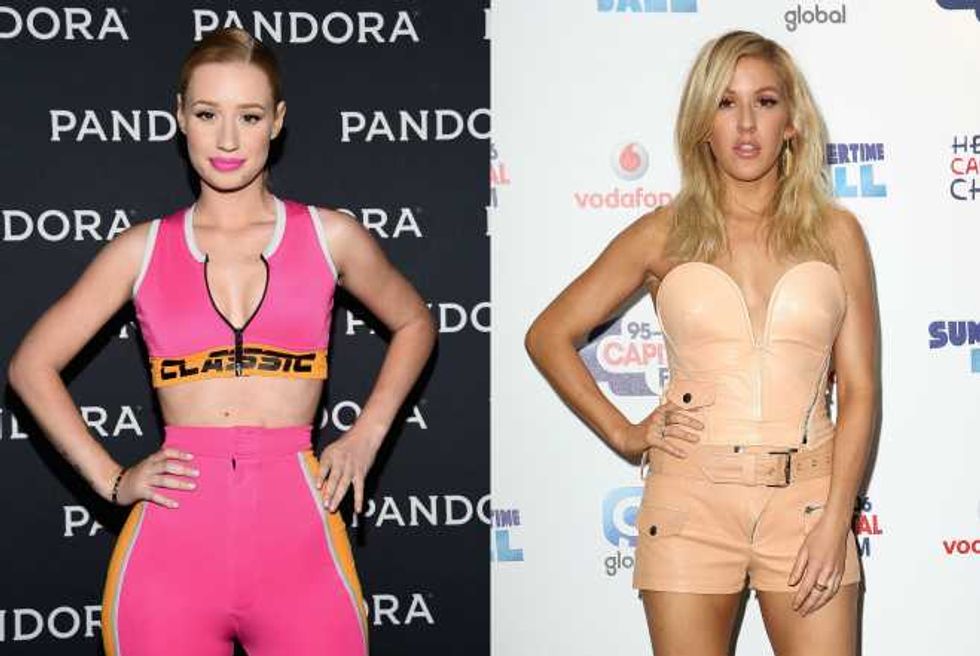 Iggy Azalea has been planning to re-release her debut album, The New Classic, for the past few months, but now it's finally happening.

The Aussie rapper officially announced the news today, tweeting that she's set to shoot the album's artwork this week. She also said that it'll contain six new tracks, including a collaboration with Ellie Goulding.

This will mark Iggy's third collab with a female British pop star following "Fancy" with Charli XCX and "Black Widow" with Rita Ora. Considering that both of those songs were huge hits, on top of the fact that Ellie is considerably more successful in the States than both Rita and Charli, Iggy's next duet is pretty much a guaranteed smash before its even been released.