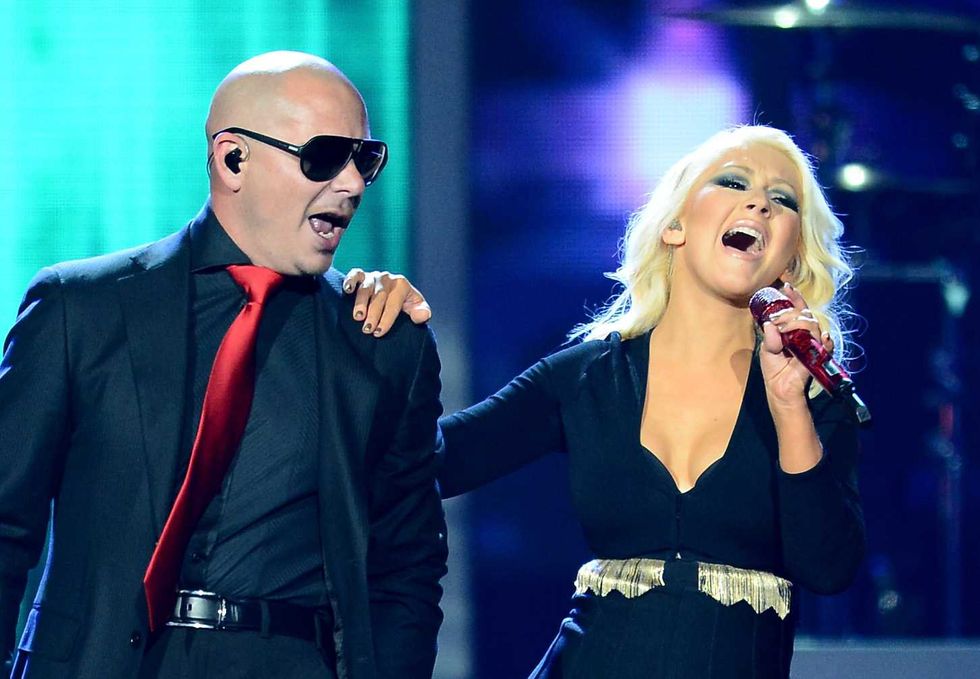 A typically energetic performance from Pitbull--you couldn't have an award show these days without inviting Mr. 305, and we pity the poor coordinator who even tries--and Christina, looking better than she has on stage in some time. Not a ton to differentiate it from Pitbull's other dozens of award-show performances of "I Know You Want Me," "Give Me Everything," "International Love" and countless others over recent years, but the crowd certainly seemed to be feeling it--there probably won't be another performance all night that has more audience members goofily singing along into the camera, anyway.

Oh yeah, there was one super-cool thing--Pit and Christina acknowledged the inspiration behind the irrepressible "Feel This Moment" hook by actually dusting off Morten Harket, late of synth-pop group A-ha, to sing once through the chorus of "Take on Me," which had people in the audience going nearly as wild. (If there's not a gif of LMFAO's rapturous reaction by night's end, we'll be very disappointed in the internet.) See you again in another 28 years, Morten.