Is Christina Milian Pretending To Date Lil Wayne For Publicity? 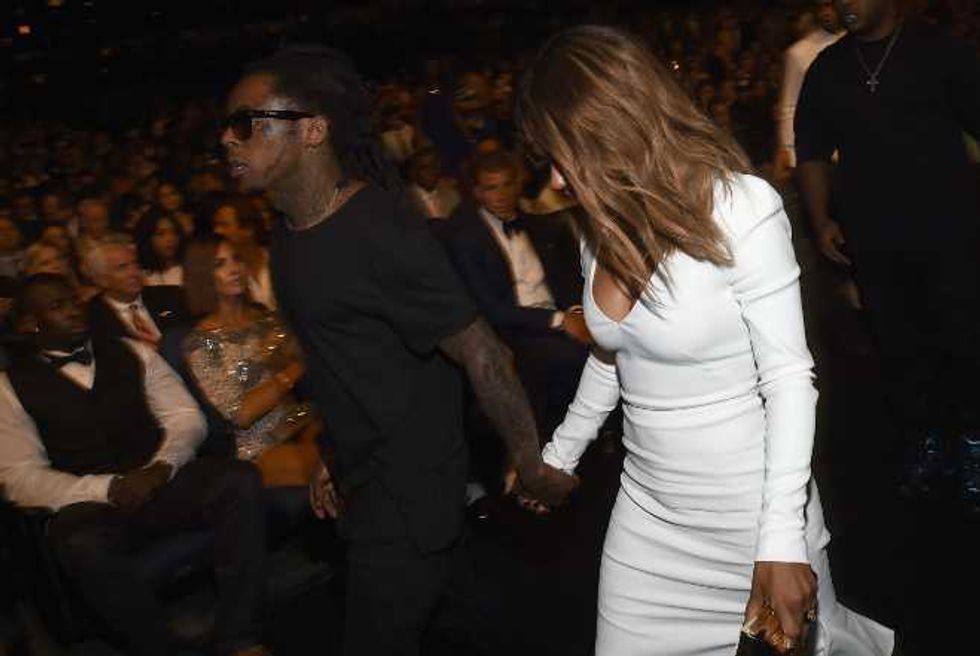 Christina Milian --a.k.a. the woman who can't stop dating her famous co-workers-- is currently linked to her Young Money label boss, Lil Wayne. Rumours started that the pair might be dating after they left a BET Awards after party together, and then grew stronger after they attended the ESPY's together (hand in hand -- see above) last week.

TMZ tracked down C-Milli over the weekend to ask her if the whispers were true, but she kind of dodged the question by answering without really answering. Under normal circumstances I'd take this as an admittance of their relationship, but TMZ has also reported that the pair aren't dating, and that their rumoured fling is just a scandal that Weezy cooked up to get Milian some much-needed publicity.

Who knows what's actually true, but what we do know is that Milian is currently working on a mixtape and writing for Wayne's Tha Carter V, on top of filming her own reality series with the E! network.

For the best deals on Lil Wayne tickets visit TiqIQ.com