It's Time to Vent About M.I.A.'s Rhymes on Her New "atTENTion" 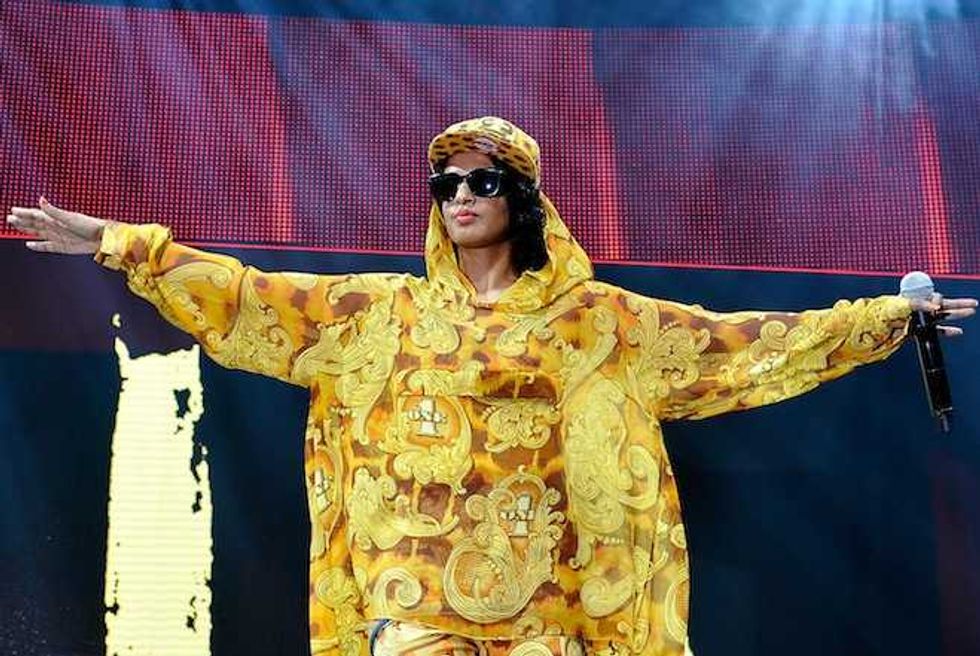 Pop quiz: What's your favorite rhyme scheme? The classic ABAB? Whimsical AABB? Dignified ABCB? If there's one thing we know, though, it's that AAAA is nobody's favorite, because it is the most stultifying rhyme scheme ever.

M.I.A., unfortunately, didn't take this into account while recording her latest jam "atTENTion," a nearly-four-minute-long track based entirely on rhymes for the word "tent." Vent, sent, bent, meant, pent, went. There are, it turns out, quite a lot of rhymes for "tent." We're not opposed to a good M.I.A. trolling session, but to quote an artist we hope the former Maya Arulpragasam works with in the future: Seriously, this is exhausting.

The track will appear on M.I.A.'s forthcoming album Matangi, which she has previously described as sounding like "Paul Simon on acid." "atTENTion" isn't on that level—we don't even know what that level would sound like—but sonically it's a stunner, with a spacey house bass line and the same kind of digital vocal shifting M.I.A. used to great effect on "Space." Check it out below: