Janet Jackson Will Play Her Awesome Hits, and Nothing But 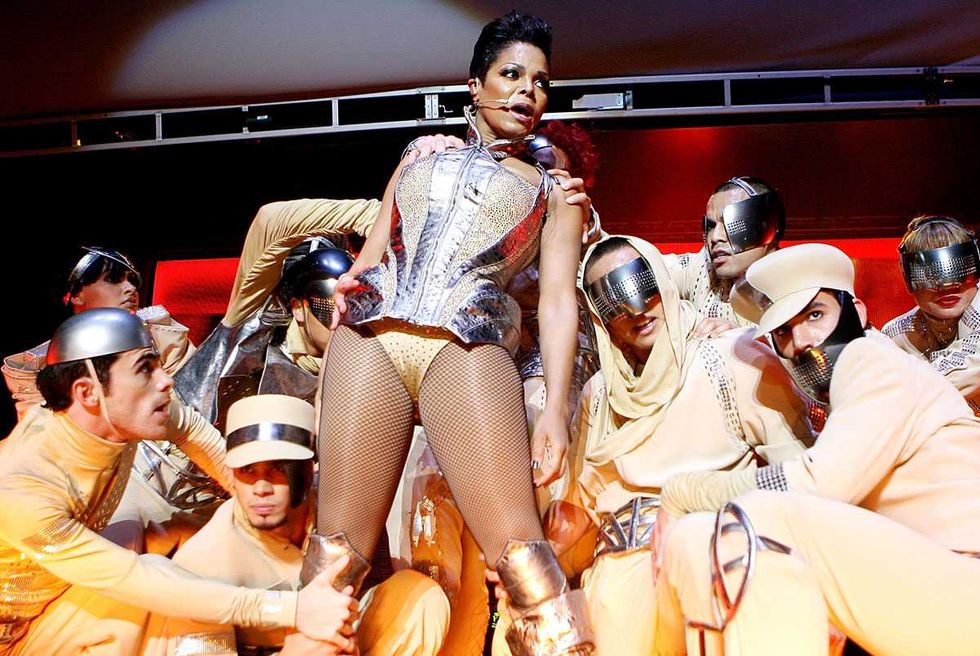 Jam and Lewis fans, bust out your credit cards: Janet Jackson announced the American and Canadian dates for her "Number Ones, Up Close and Personal" world tour today. After dates next month in Manila, Singapore, Hong Kong, and Taipei (field trip!), Jackson plays RodeoHouston on March 4th; this Texas stop is her first of nineteen shows in sixteen other cities, through her two-night stand at the Colosseum at Caesar's Palace in Las Vegas April 22 and 23.

The tour is named for, and in support of, Jackson's 2009 best-of Number Ones (which, unlike similarly titled retrospectives from some other artists, is not a misnomer). The shows, with setlists culled entirely from the two-disc compilation, are "not about special effects," Jackson promises: "I'll be singing and dancing from my heart." Who knows exactly how stripped-back this will actually turn out to be, but with hits like "Love Will Never Do (Without You)," who's counting?

The Houston date was added shortly after the initial dates were announced, and Jackson is soliciting votes for other cities at her website, so if your city is not yet on the docket, keep your eyes peeled for further updates. Seattle's Janet fans certainly will be. (Jackson is also seeking nominations for twenty under-20 fans from each city to reward for their "extraordinary contributions to their local communities" with a pair of free tickets and a meet-and-greet!)

These are Jackson's first North American dates since 2008's Rock Witchu Tour, almost a third of which was cancelled when the singer fell ill in late September of that year. And this is her first tour since the death of her older brother, Michael.

March 12: Sony Centre for the Performing Arts, Toronto, ON