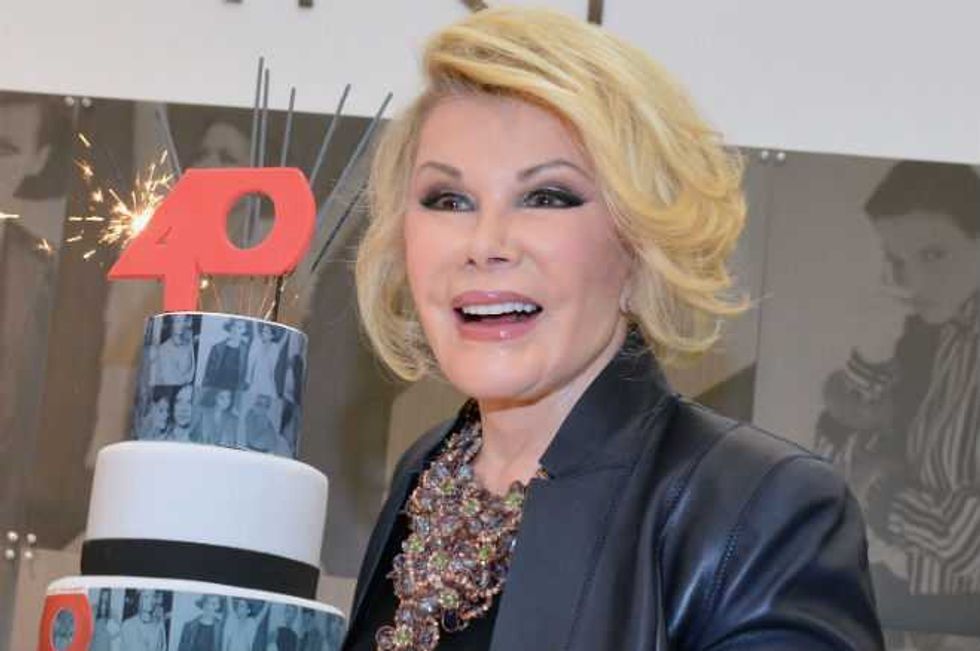 The legendary comedienne passed away on Sep 4 in New York City, after what should have been a routine procedure.

"OCME [Office of the Chief Medical Examiner] has completed its investigation. The cause of Ms. Rivers’ death is anoxic encephalopathy due to hypoxic arrest during laryngoscopy and upper gastrointestinal endoscopy with propofol sedation for evaluation of voice changes and gastroesophageal reflux disease. The manner of death is therapeutic complication," spokeswoman Julie Bolcer said in a statement via The Hollywood Reporter. "The classification of a death as a therapeutic complication means that the death resulted from a predictable complication of medical therapy."

Joan's daughter Melissa Rivers also released a statement thanking everyone for sending love to the family.

"We continue to be saddened by our tragic loss and grateful for the enormous outpouring of love and support from around the world.  We have no further comment at this time."