Just So You Know, Farrah Abraham Is Making a Fortune Off Her Sex Tapes 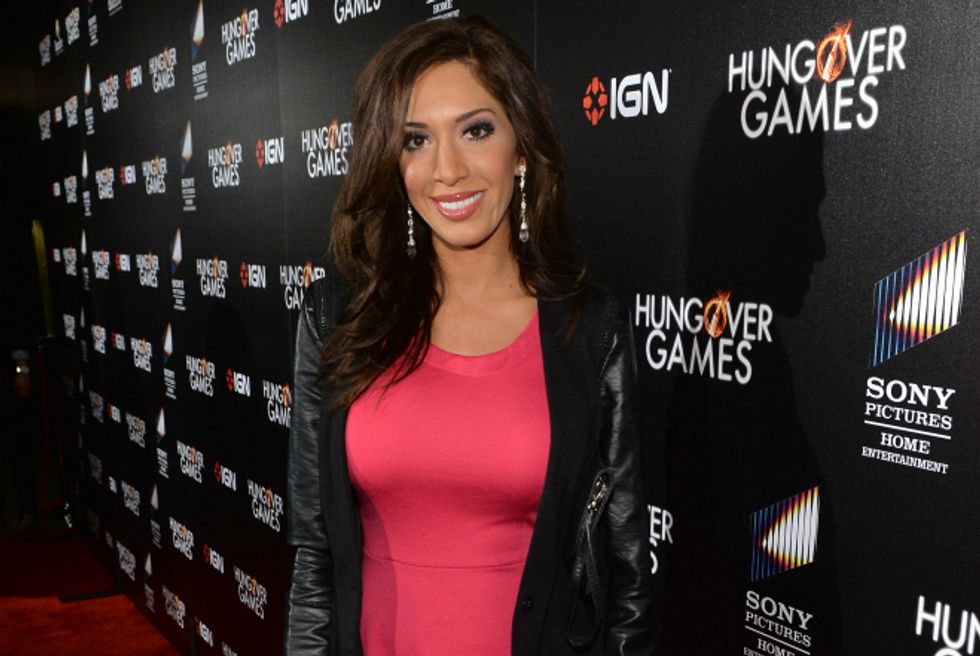 While we may never truly know how much Farrah earned up front, TMZ has found out just how much she's making now -- and it's a small fortune!

Remember, that's quarterly. Farrah's first cheque, which TMZ revealed back in July (roughly three months after the tape first went on sale), was for $119,000, meaning that Farrah's probably currently earning somewhere around a hundred grand every three months if you average everything out.

If you want to contribute to Farrah's burgeoning bank account, you can go pick up Backdoor & More over at Vivid.com right now. Or not.