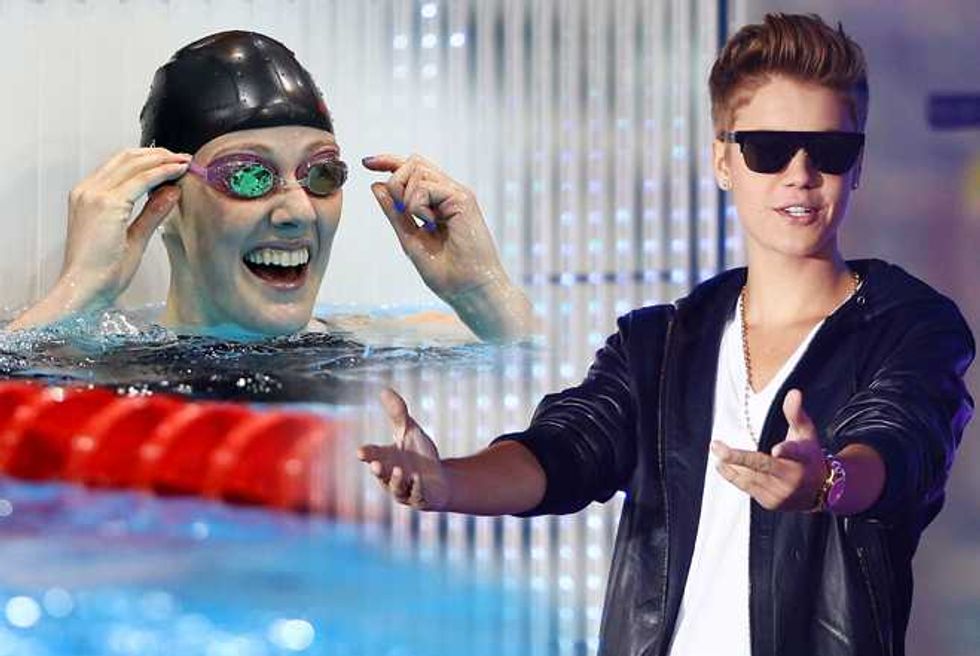 Justin Bieber's Olympic fandom continues this week. Currently on vacation with his family, the 18-year-old has been keeping up with the latest events from London, particularly those involving some of his most dedicated Beliebers. After reaching out to the likes of Gabby Douglas and Missy Franklin on Twitter, Bieber sent Franklin another congratulatory message—in video form—after she completed her Olympic program, finishing with four gold medals. Added bonus: The Bieb was cradling his baby brother Jaxon in his arms. Bieber and babies, it gets us every time. "We just wanted to say congratulations on the gold medals" he explained before being overpowered by Jaxon's cheers. And with that, USA-Canada relations grow stronger by the day. When can we expect Jaxon's first featured credit on Bieber's next project?

While any normal human being would experience shortness of breath and a sudden surge in pulse time, surely an accomplished Olympian has the poise to take this all in stride. "I was flipping out when I saw it!" Franklin told Us Weekly. "His little brother was in it too and he's the cutest little thing ever. It was insane. I was so excited." So they just look superhuman. Good to know.