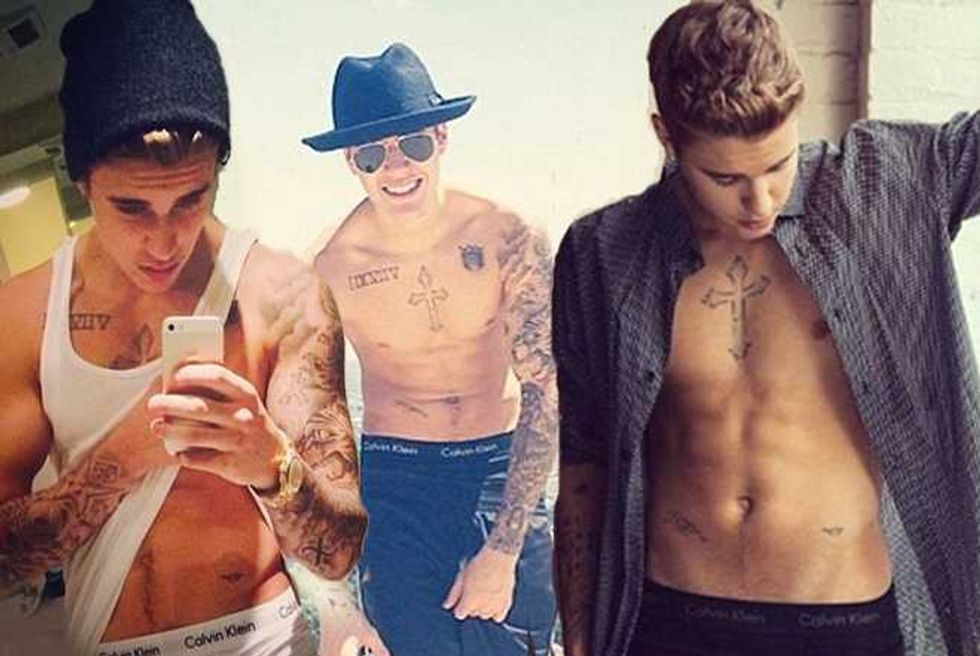 According to reports, the Biebs has bagged a Calvin Klein undies modeling campaign.

“Justin has shot for Calvin Klein, we hope the results will be released later this year,” a Calvin Klein source told MailOnline.

If indeed it's true it makes sense of all those Calvin Klein undie selfies the 20-year-old has been sharing—he’s posted three just recently—in addition to a number of paparazzi shots that have surfaced of Biebs with the top band of his Calvins peeking above his pants.