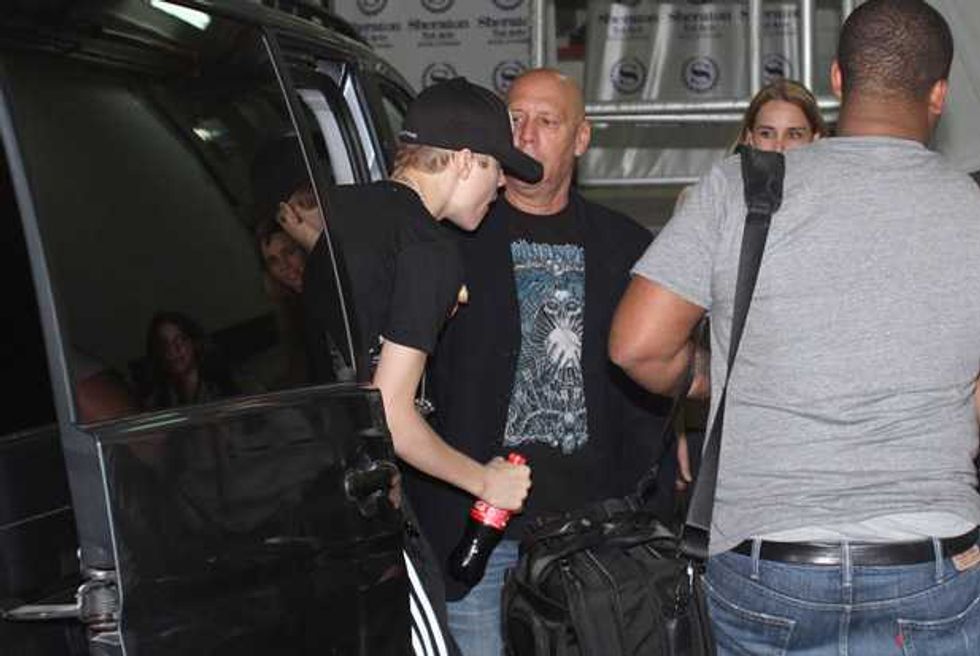 Justin Bieber, ever the good young Catholic, just wanted a chance to explore the Holy Land of Israel (minus all the Jewish parts, anyway) unabated by the media, during his recent stop over in Tel Aviv on the My World tour. Unfortunately for The Bieb, the paparazzi don't break for religious pilgrimages, and continued to hound the Ontarian sensation during his re-awakening. Bieber took to Twitter to protest the moral injustice:

Naturally, the Beliebers did not take the assault on their beloved's privacy lying down. His Twitter army mobilized to both comfort the distraught pop star and strike back against those who dared impede his religious expedition, with #cheerupjustin and #papsleavebiebsalone both quickly becoming trending topics. A small sampling of the return-fire:

As his fans continue to fight the good fight, Bieber moves on with his My World tour, beginning an eight-date swing in Australia in a week's time. Watch out for those paps down under, though, Justin—they have absolutely no respect for fanboys doing the Crocodile Dundee walking tour.

For lots more pics, videos and up-to-the-second dish on Justin, check out his Popdust Artist Page.