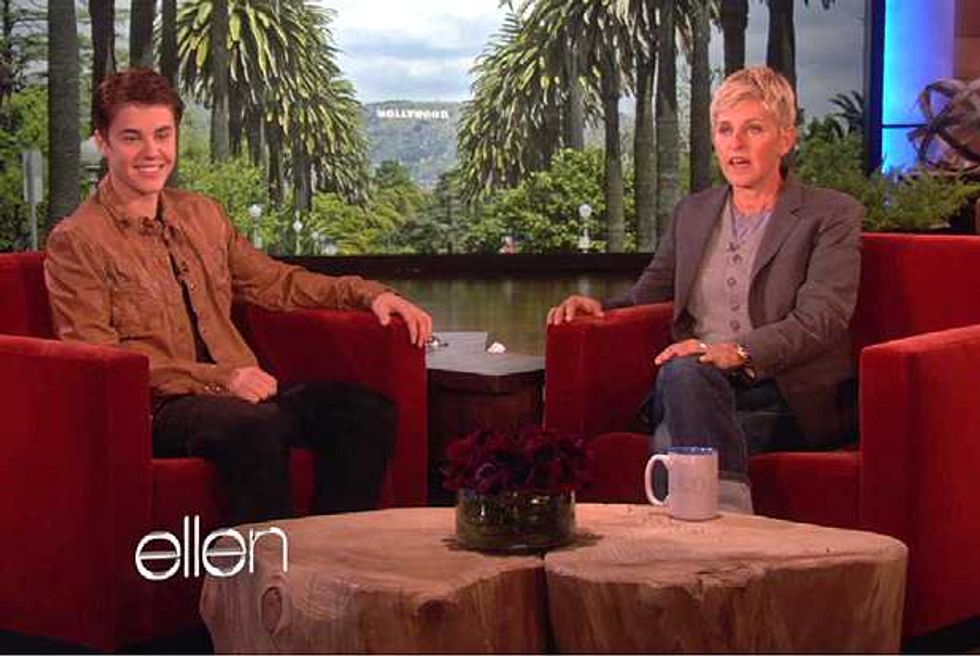 On his 18th birthday, Justin Bieber's "big announcement" would not be where he was partying come nightfall or how many strippers would be in attendance—just kidding, Scooter!—but rather an update on his music, for the fans. Always working, that one. In a previously recorded appearance for The Ellen DeGeneres Show, Bieber informed the host and role model that he'll be releasing Believe's first single, "Boyfriend," on March 26. Bieber co-wrote the song with Mike Posner, incorporating his diverse musical artillery into what could very well serve as an 'N Sync song for the 2010s. "I'm talking to this girl I'm like 'If I was your boyfriend, I'd never let you go,'" he explained. Sounds familiar! "The verses I'm kind of like talking-rapping, and then on the hook I'm singing. It's a really awesome song."

We can't be the only ones glad to hear that Shawty Mane has lived to see another year. Sadly Bieber shot down the chance to preview the track on his happiest of days, but Ellen's strong sense of ESP helped her guess the melody on the first try. Remix to come.

And because days like this should be commemorated in the most materialistic of ways, manager Scooter Braun surprised The Bieb by presenting him with his extravagant gift on camera. "You work really, really hard and I always yell at you 'Don't get anything flashy, y'know, we're not about that. Be humble, be humble,' and I kind of broke my own rule," he explained. Noting the importance of environmental responsibility, Scooter revealed newest eco-friendly addition to Bieber's garage. A Prius! Aw, he shouldn't have. For those non-car fanatics, behold the Fisker Karma, a "very hard to get" electric car made better with a series of Ellen-related accessories. "Usher and I wanted to do this for you," Scooter added. So was this a 50-50 split, Scoot, or will you pay Mr. Raymond back later? Watch below.