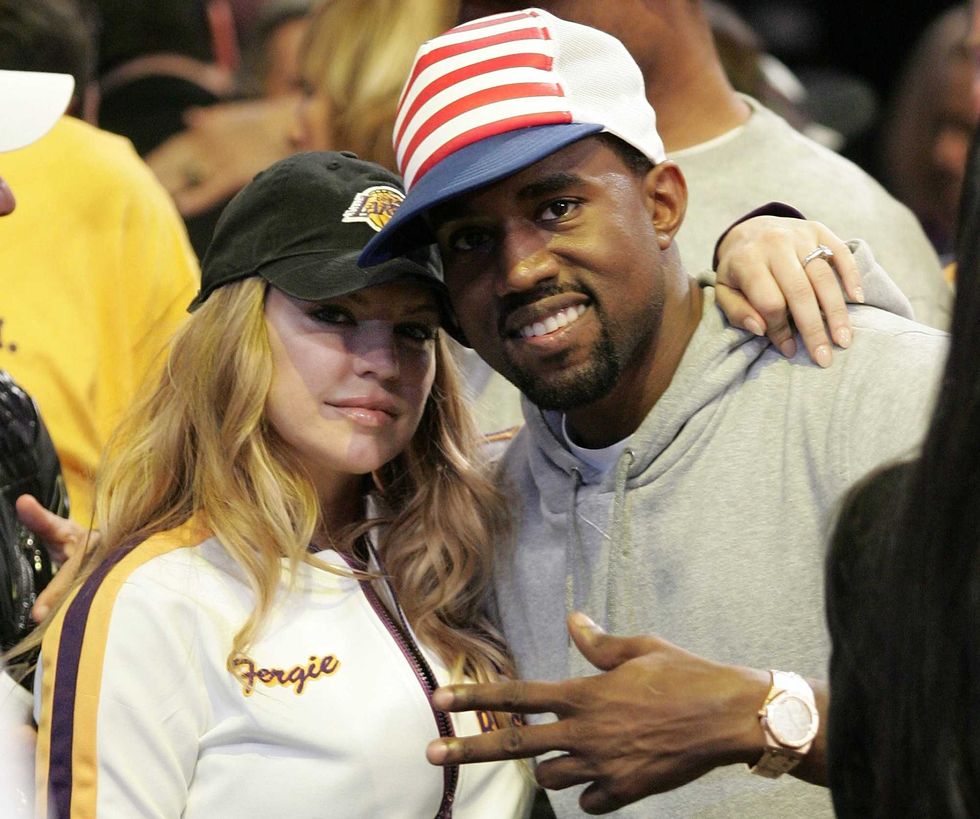 Despite being in the middle of his own set at Austin City Limits on Friday, Kanye West took some time to throw the Black Eyed Peas their very own goodbye party. Yeezy bid farewell to the party ambassadors following his performance of "All of the Lights," a track which features Peas' resident lady and public pants-wetter Fergie, which may have inspired him to offer some otherwise secret information. "Rest in peace to the Black Eyed Peas. You're gonna be missed!" A confusing sentiment considering the Peas assured fans in July that their impending "indefinite break" was not secret code for a break-up or retirement. Maybe it was this cover that put them over the edge?

will.i.am, Fergie and the gang can attest to West's generosity. While we're sure the Peas are appreciative of his words, the statement likely has superfans, who've taken comfort in the dangling possibility found in the definition of "hiatus," hyperventilating. We thought hiatus didn't mean retirement and/or break-up? To quote Ross Gellar: "[They] were on a break!" The band has not issued an official statement, but following West's word vomit, will.i.am has assured the Twitterverse that "the @bep will never die." We still think it's all right to start being skeptical towards all those who practice the "it's not 'goodbye,' it's 'see you later'" mantra, though. And at least New Yorkers still have the chance to see one of the Peas last shows the indefinite future, as they make their second attempt at an outdoor spectacle in Central Park on September 30—weather pending, of course.