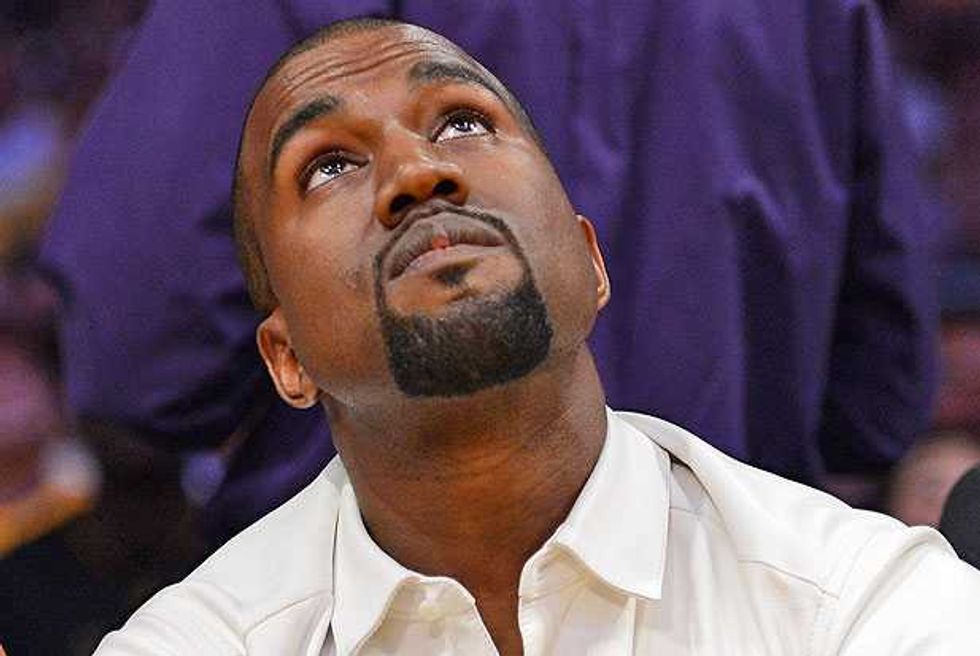 Kanye is such a focused, un-distractable artist that when he stops a song in the middle to call out an audience member, you know that guy done fucked up. Actually, that's not true at all, Kanye could probably be sidetracked by one fan out of 60,000 clapping slightly out of time—but nonetheless, his shitlist is very real and very permanent, so it's best to try not to get on it if at all possible. Too late for this joker in Paris, whoever, who made the mistake of screwing up Kanye's laser show during classic laser hip-hop jam "Flashing Lights" with a little light show of his own.

"Don't fuck with the lasers back there," warned Kanye, before asking his DJ to cut the music entirely and calling the guy in the audience out specifically. "You see this guy here with the green laser? Don't fuck with anybody's show! It's not a fucking game!" 'Ye chastised the individual. "We don't fuck around like that…you might get fucked up and kicked out, I don't want that shit. So chill the fuck out." He then resumed the performance, presumably satisfied that the dude had been shamed out of his laser-pointing ways.

C'mon guys. No tomfoolery at the Kanye West shows. You don't wanna get singled out as the guy who thought it would be hilarious to yell out "GAME SEVEN!" instead of "GAME SIX!" during the "Paris" singalongs. Kanye will find your personal information and uncover every one of your weak spots, and you will regret the day you ever decided to upstage pop music's pre-eminent control freak.