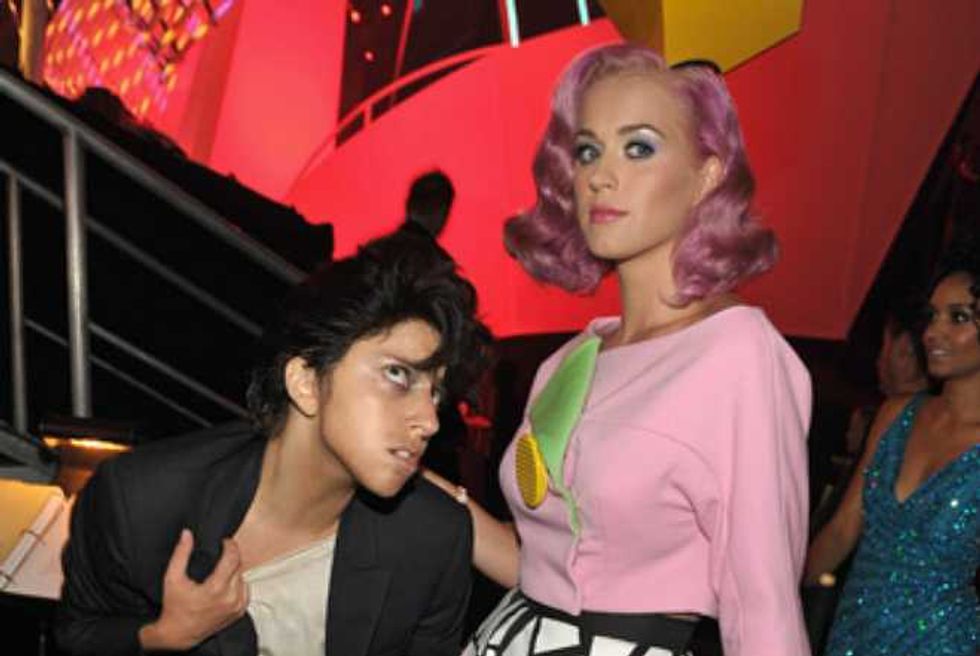 Katy Perry played coy during a recent Leno appearance when pressed to divulge details on her fourth studio album, and now we know why: She was waiting to officially spill the beans with a bang, which translates to a gigantic gold truck driven through downtown L.A. with the album title and release date plastered on the side.

Perry's new disc, titled 'Prism,' will hit stores on October 22, just three weeks before Lady Gaga's ARTPOP arrives on November 11. Stan warfare is sure to break out between the ardent followers of the pop superstars, who will no doubt be comparing radio spins, Hot 100 peaks, and first-week sales. It won't be the first time Gaga's found herself pitted against one of her contemporaries before: Back in 2011, Born This Way and Britney Spears' Femme Fatale were released within two months of each other, sparking an online rivalry between the fandoms. Gaga ended up winning that fight, but can she beat Perry, who made chart history with Teenage Dream?

Right now, the odds are pretty even between the pair. Gaga was the bigger star when they first released their last albums, but they ended up on level playing fields once their respective eras both wrapped up. Let's take a look at the facts.

Place your bets, people. Who do you see coming out on top?