He may not be Well-Fed anymore, but there’s still plenty of douche in K-Fed.

Back in the game kevin federline thin douche

The former Mr. Britney Spears has kept relatively out of the spotlight since spitting from the singer back in 2006.

Following their divorce, Federline stepped-up to the parenting plate, taking over custody of his two sons with Spears after she went all mishugina with some hair clippers and an umbrella.

While playing stay-at-home-dad, K-Fed continued doing what he does best—spreading his highly fertile seed around California—increasing his kid count to six, with the addition of another son and daughter, from his now-wife, Victoria Prince.

For a hot minute, it looked as if Federline may have turned his back on the glitz and glamour of Hollywood, but he was soon back at it, with not one, but two singles.

Y’all Ain’t Ready, and PopoZão, were both met with less than favorable reviews—as was Federline’s debut album, Playing With Fire.

The 37-year-old listened to his critics, hanging-up his rap spurs, and turning his attention instead to modeling and acting in order to bolster the paltry $20,000 a month child support from Spears he was forced to live on.

Sadly however, the former back-up dancer’s model and acting career was cut short after he started piling on the pounds.

But, ever the opportunist, K-Fed turned the situation to his advantage, appearing on Celebrity Fit Club, and then Australia’s Excess Baggage.

And, it seems he’s managed to keep the excess baggage off—as he’s sporting a decidedly thinner frame these days.

Federline was showcasing his trimmer torso in Las Vegas over the weekend, as he celebrated his birthday at the Crazy Horse gentleman’s club, alongside his wife, and brothers, Chris and Patrick Federline.

Never one to miss out on a chance for some publicity—and some free swag—the birthday boy was photographed chilling in the V.I.P. booth with his entourage.

Playing the Douche card to a T, he was also snapped making it rain on two lucky strippers by way of a money gun; posing above a sea of cold hard cash; and mugging for the cameras in the merchandise store.

Then, proving he’s not just a taker, he’s a giver too, Federline took to the decks, to thrill and entertain the sea of eager fans with his DJ skills.

Sadly however, it appears Brit Brit was busy washing her hair that night—or hanging out with Hillary Clinton—and she was unable to savor her ex-husband’s aural offerings. 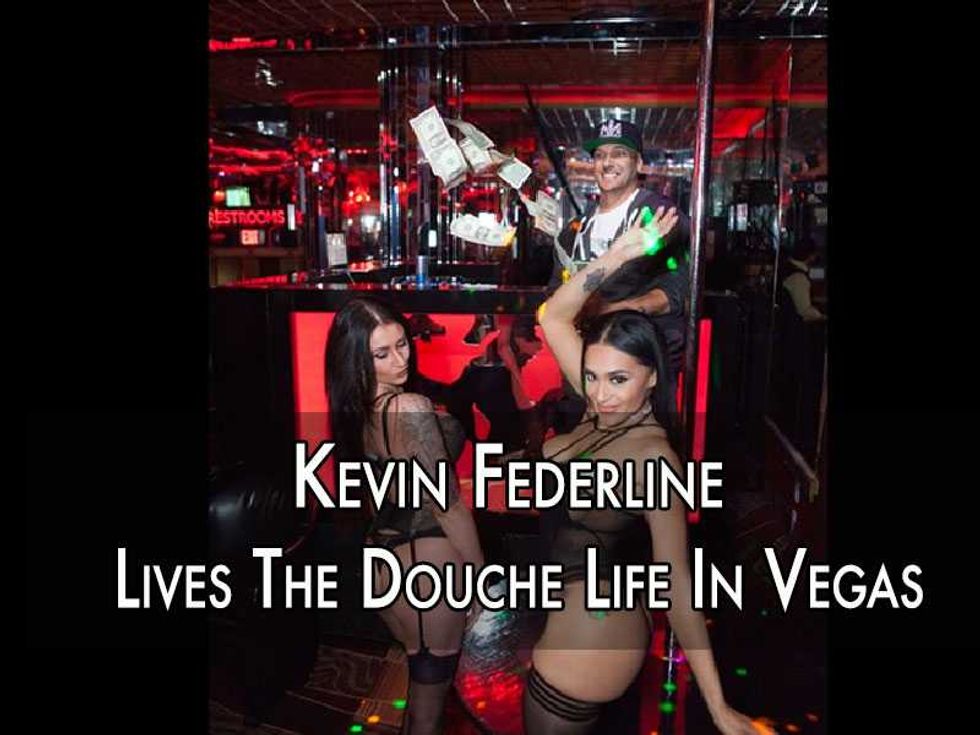 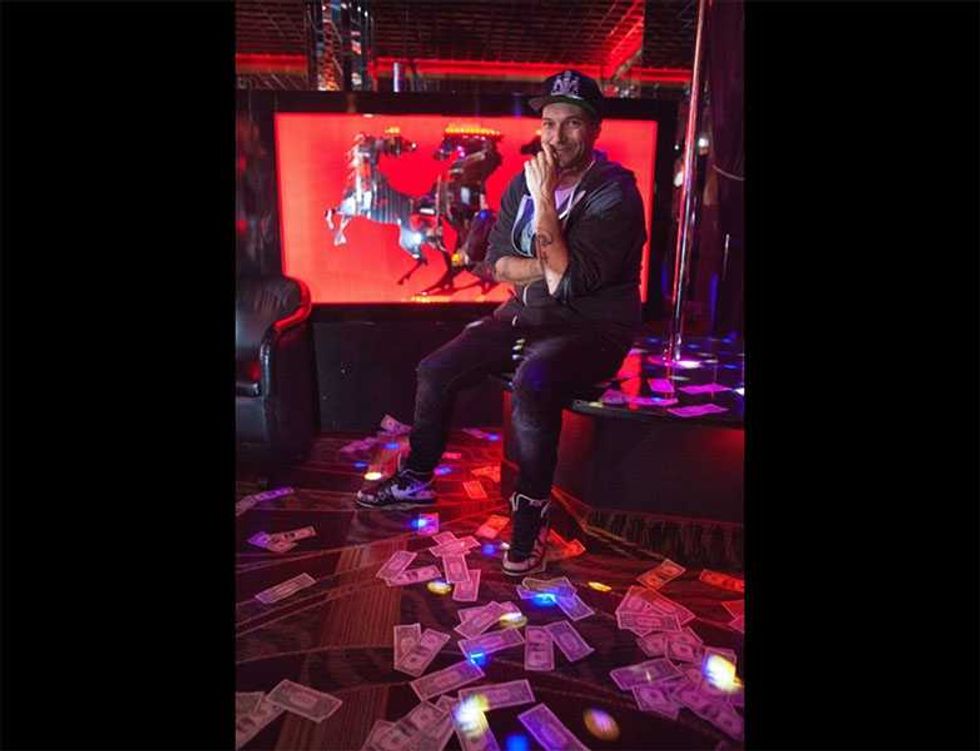 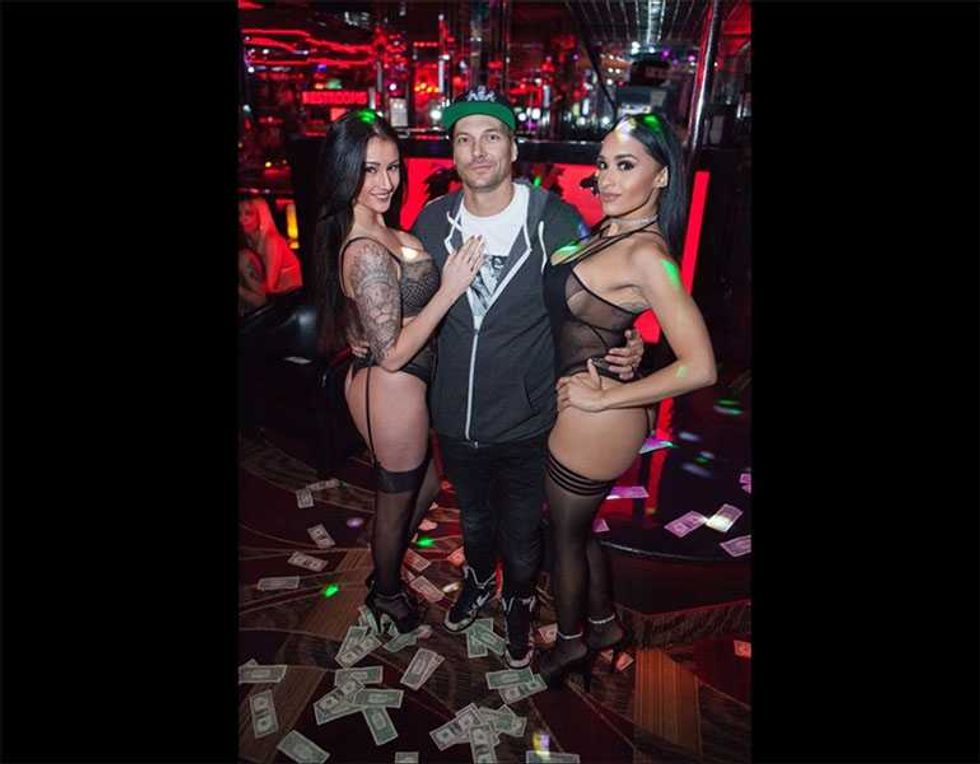 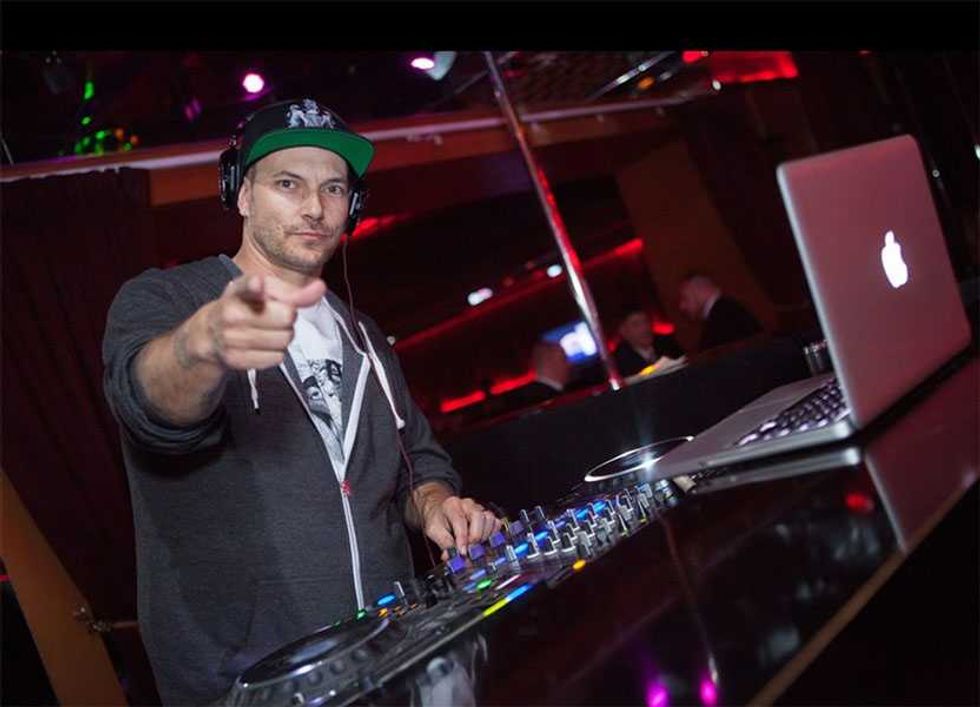 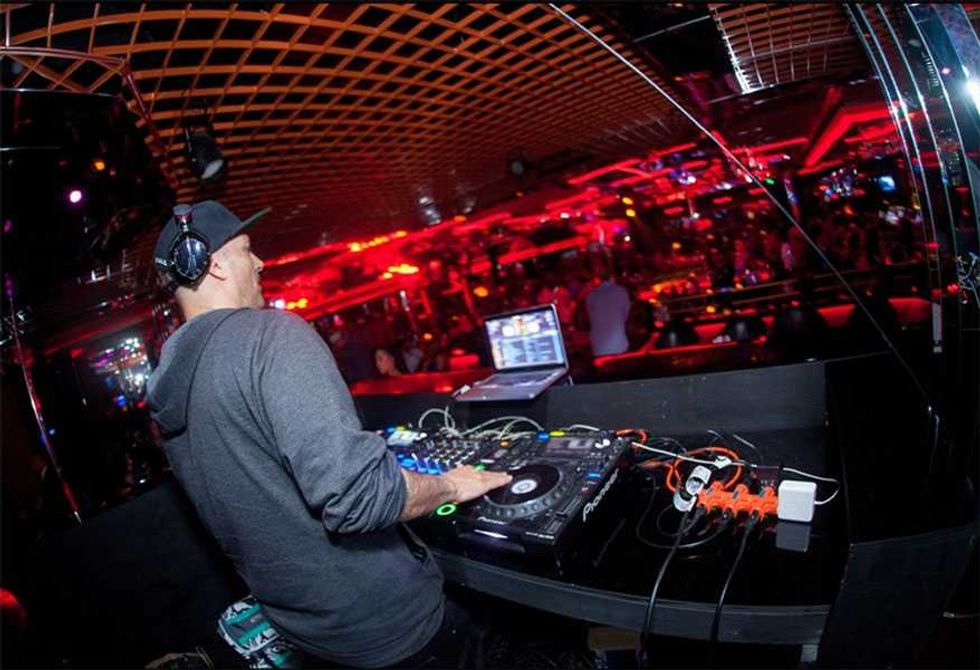 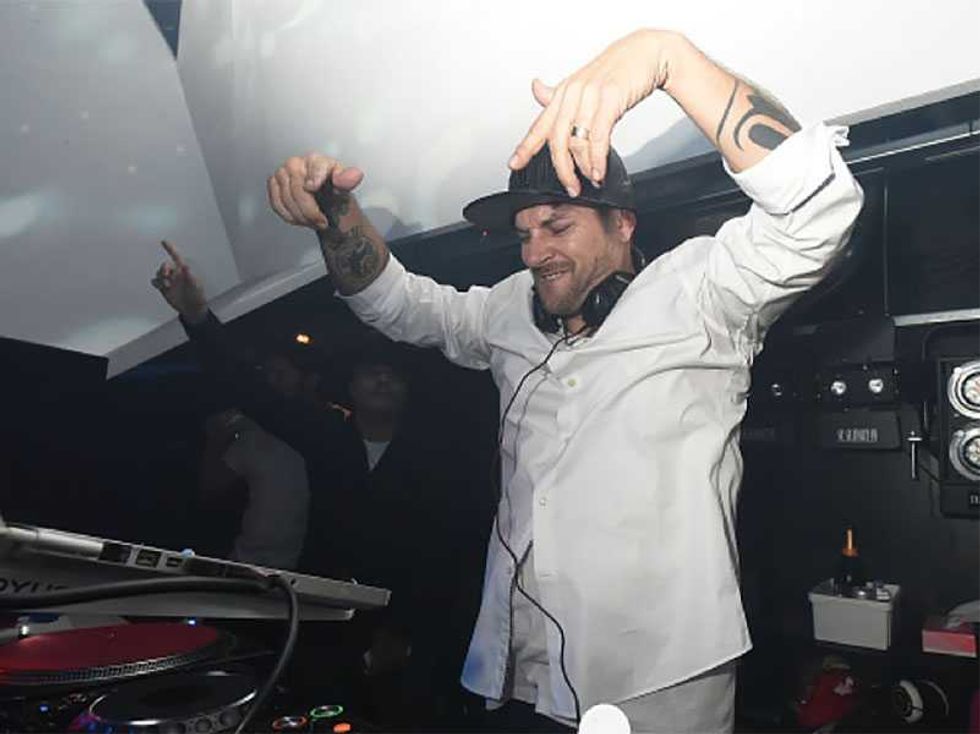 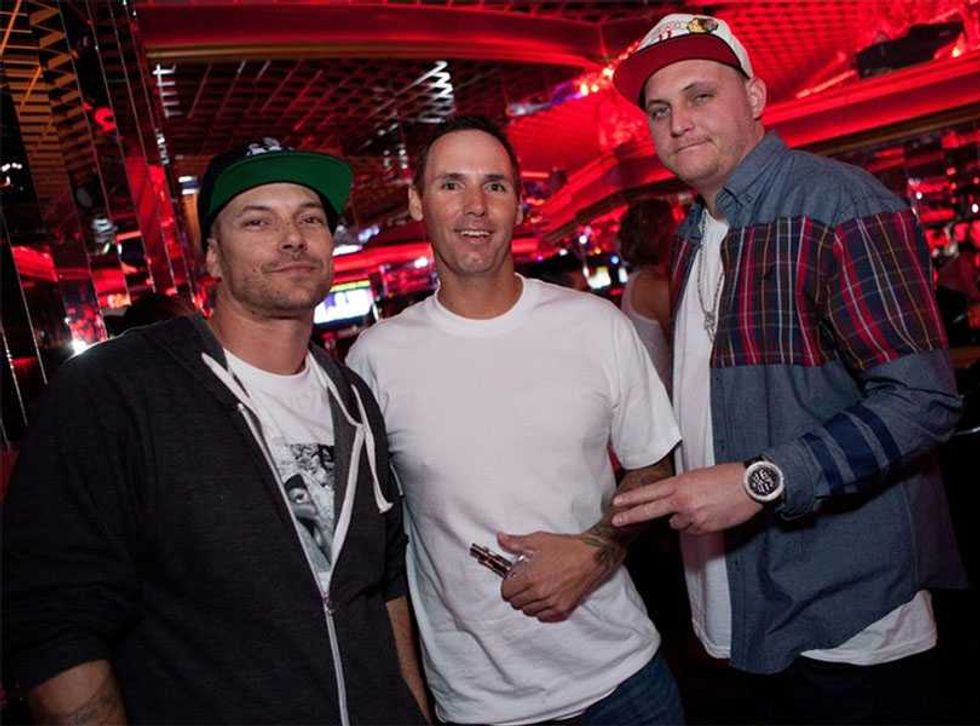 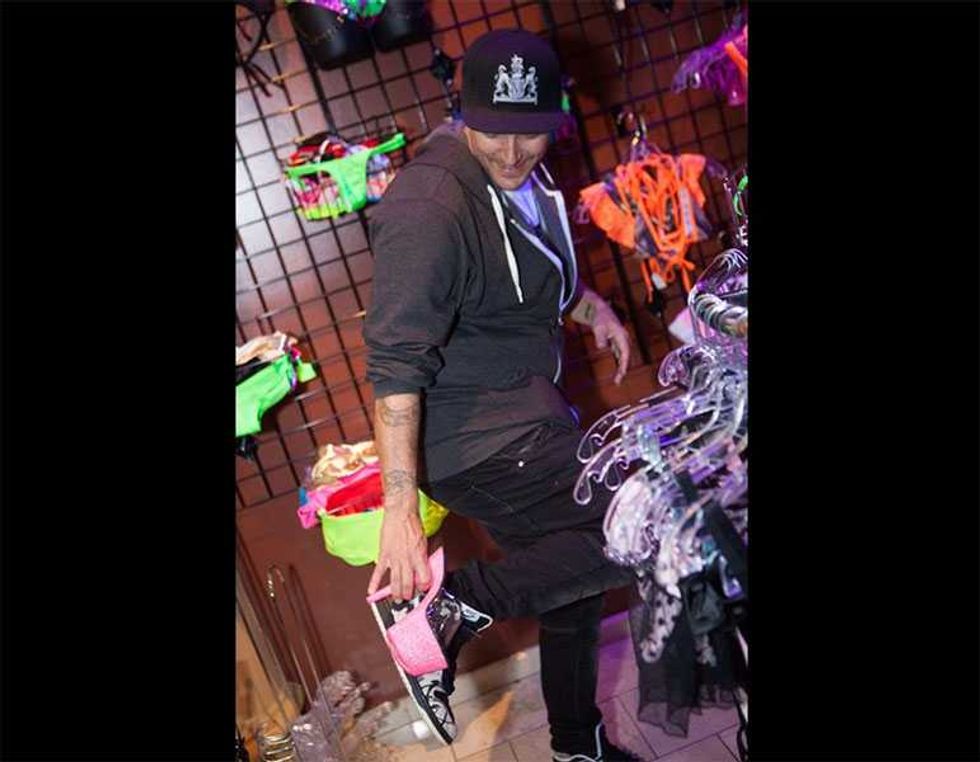 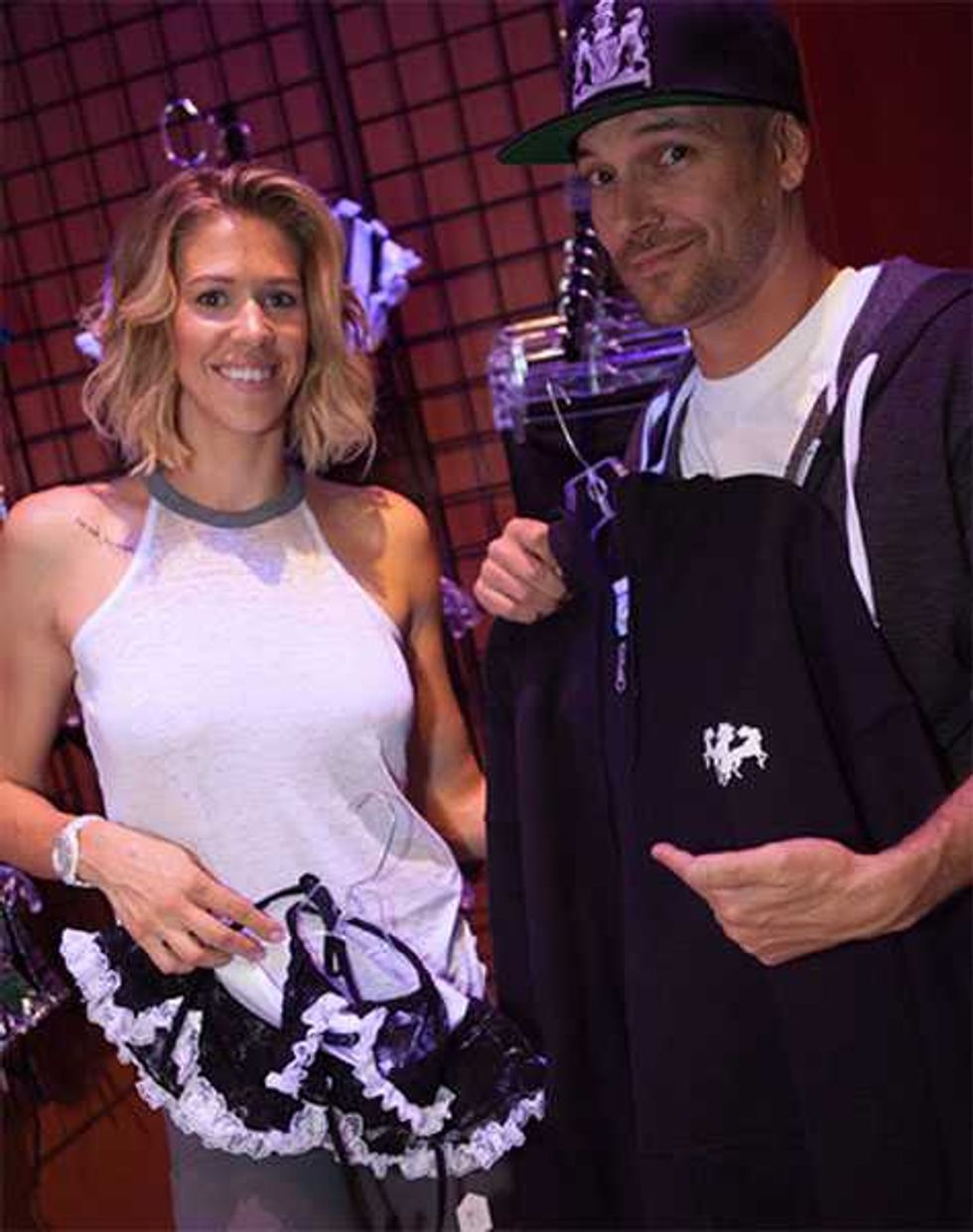 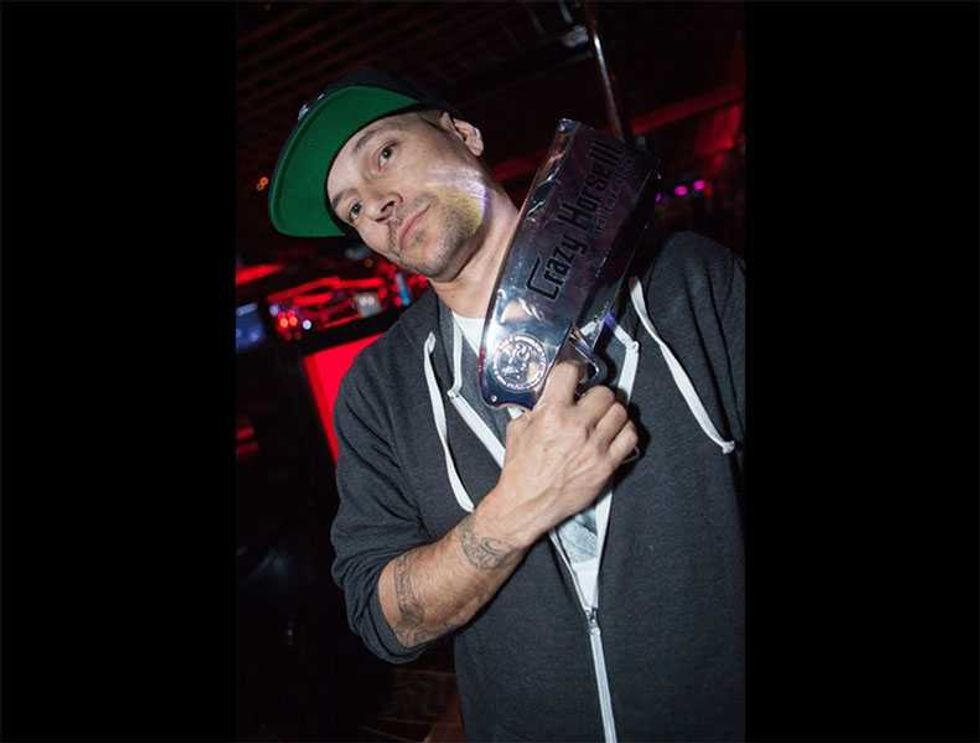 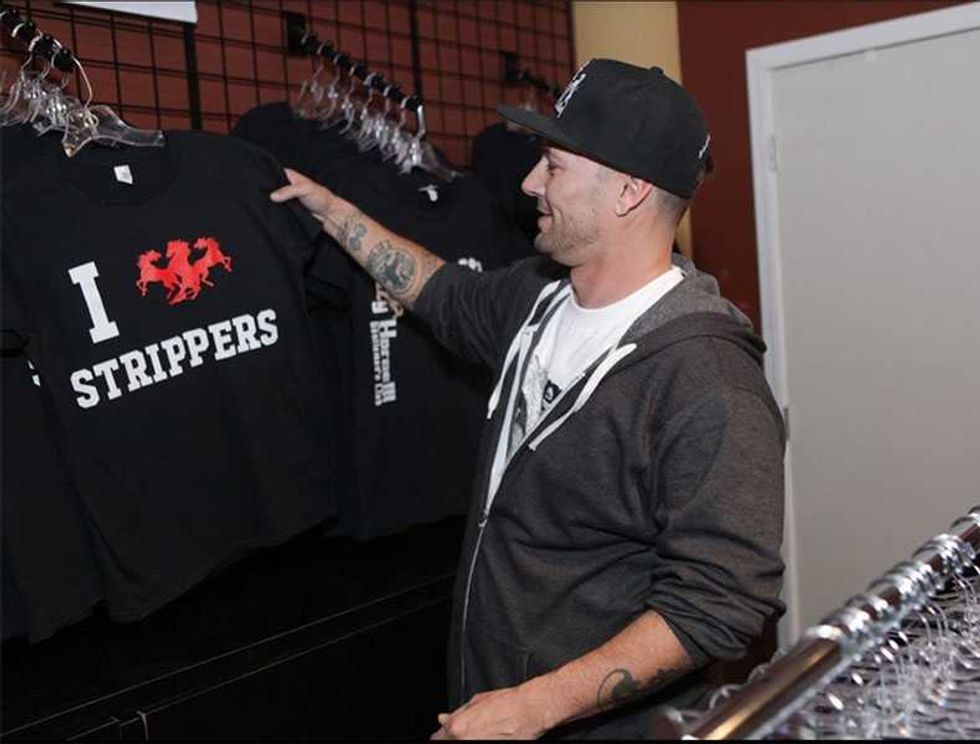 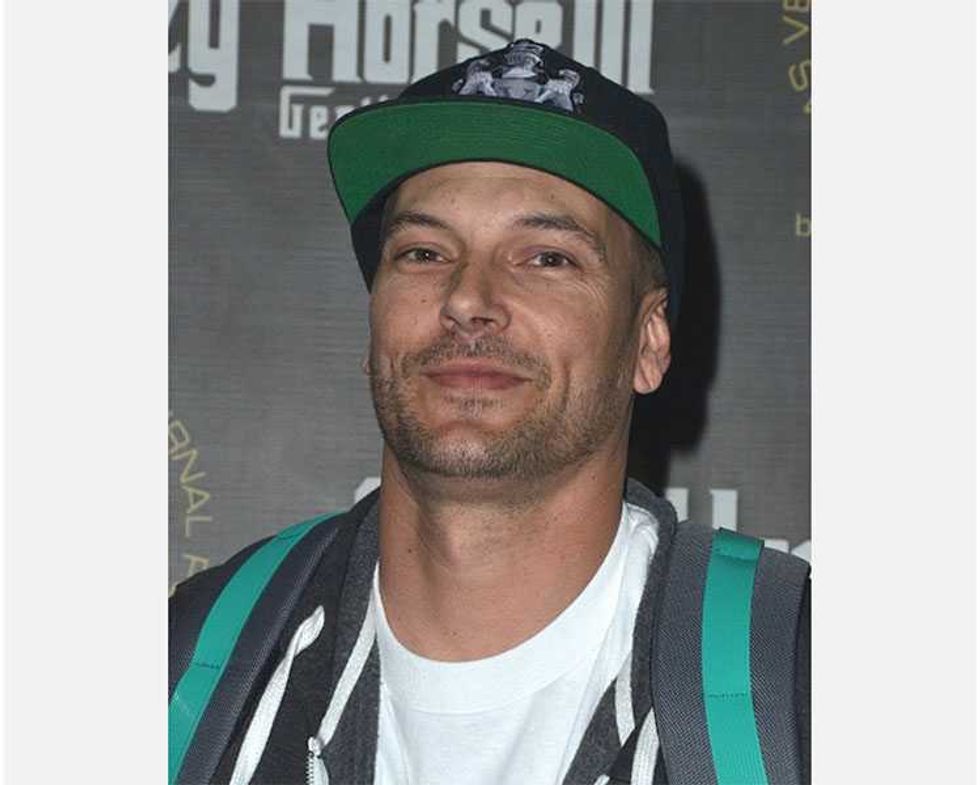 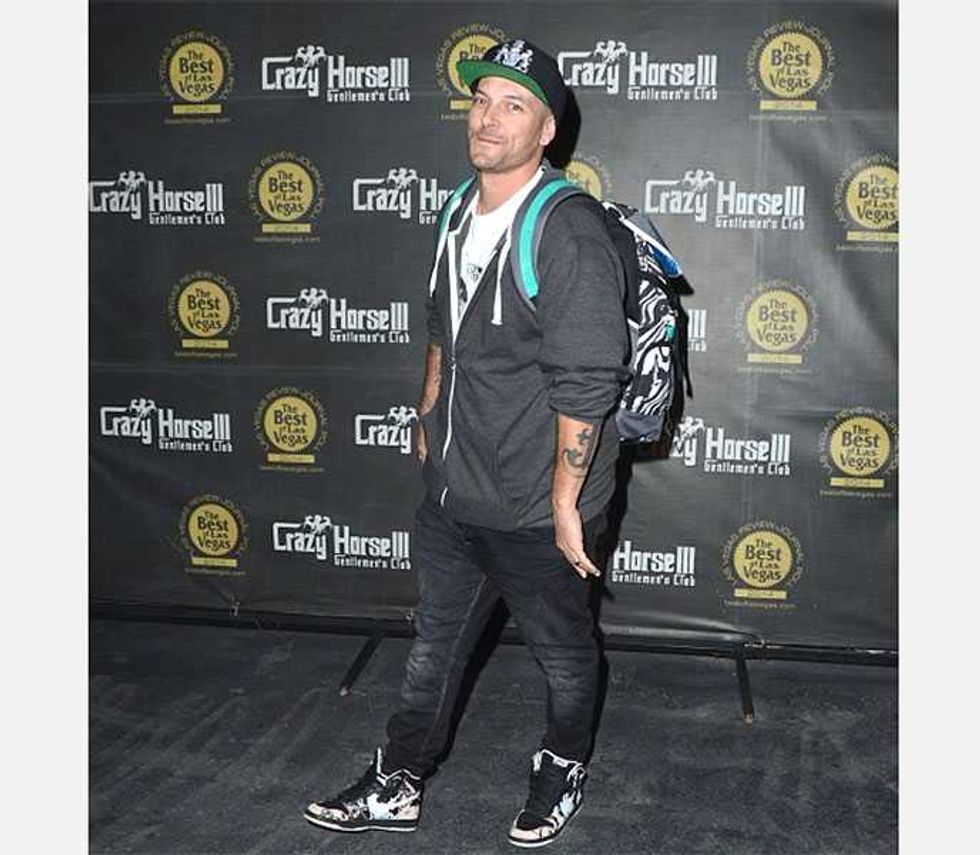 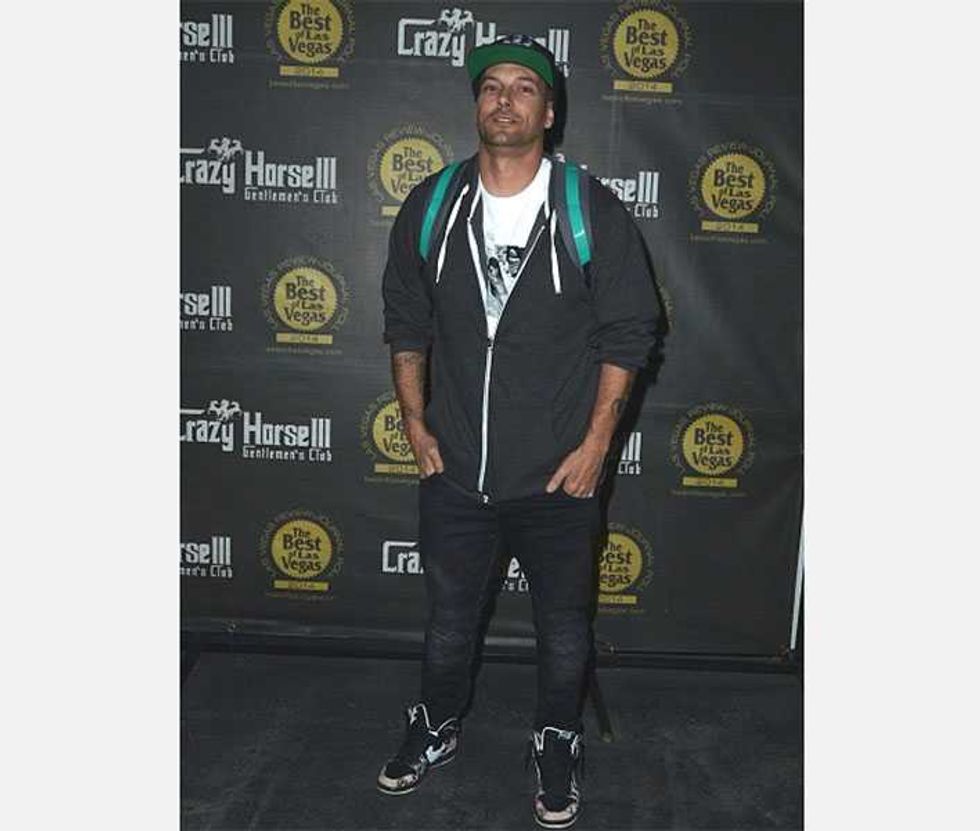 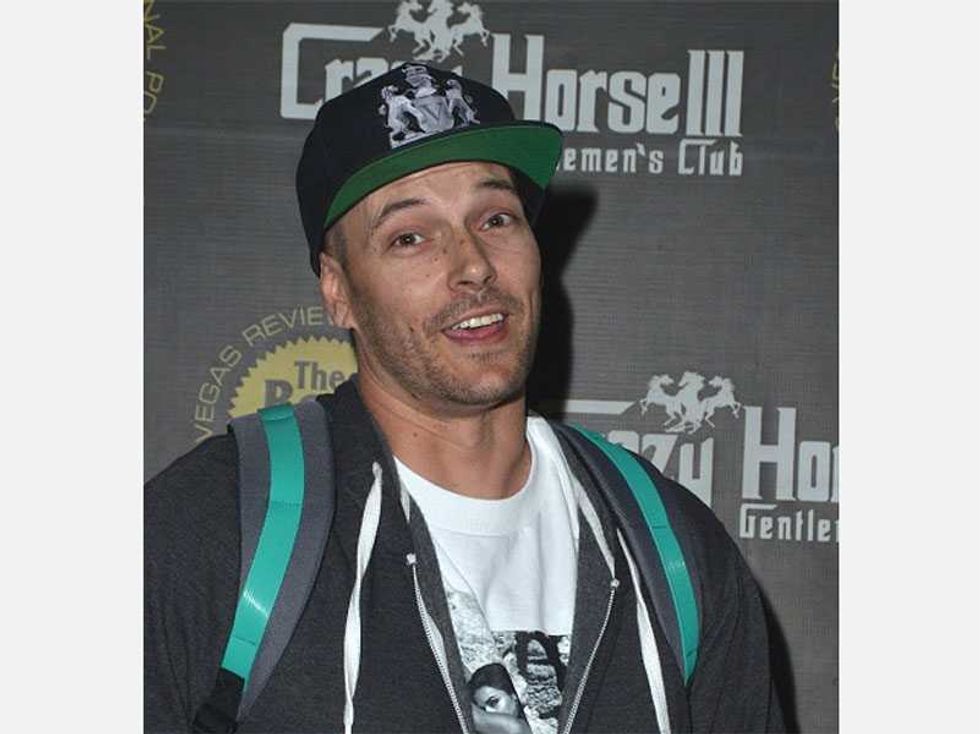 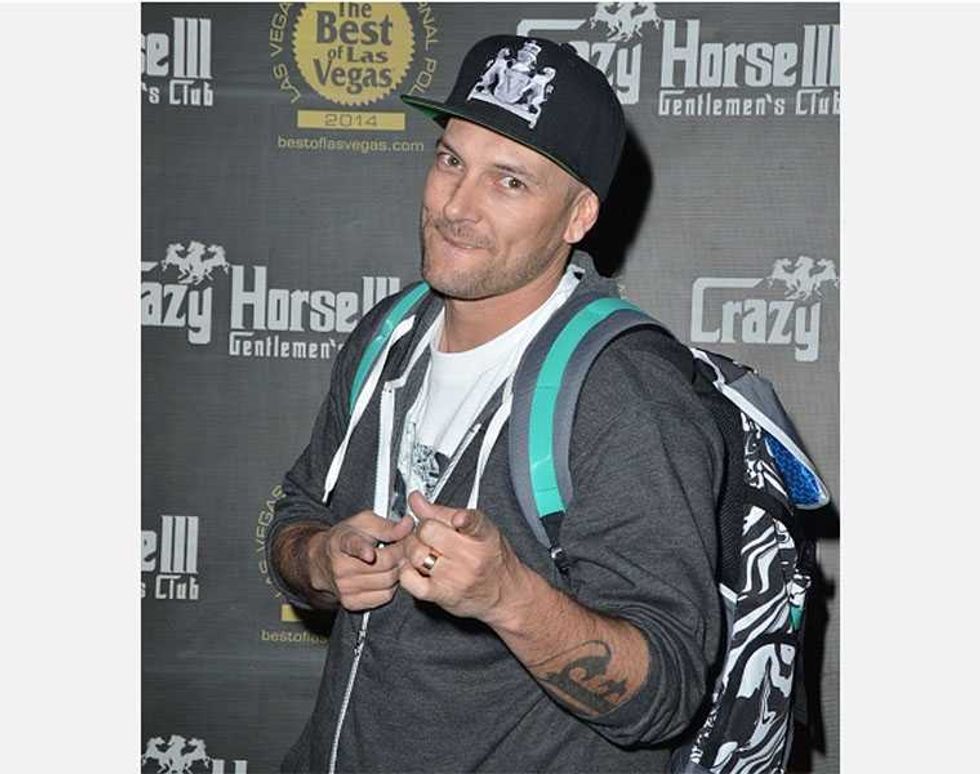 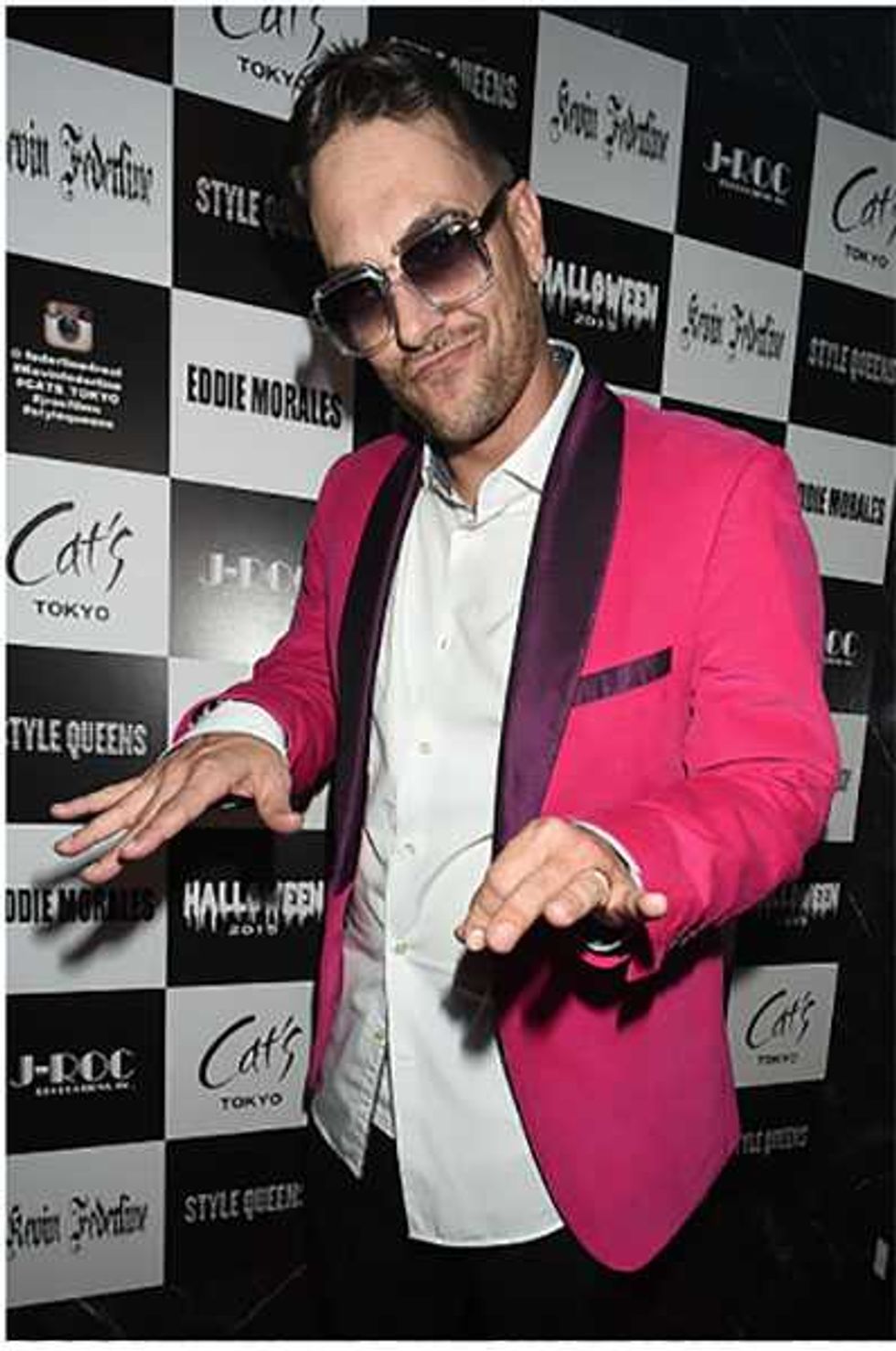 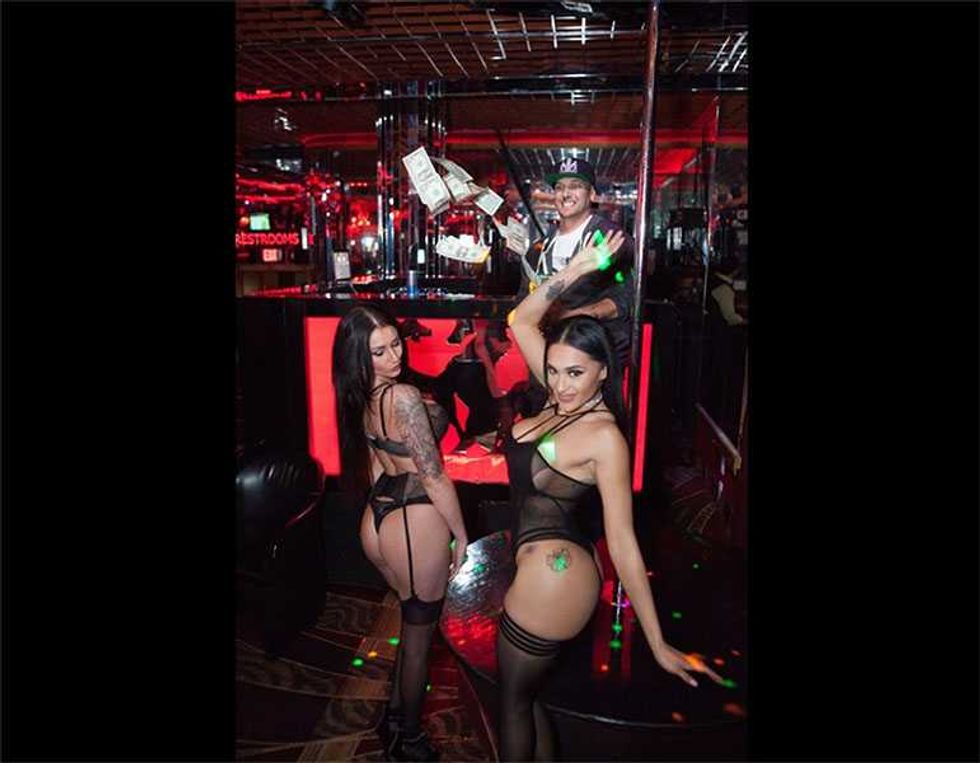