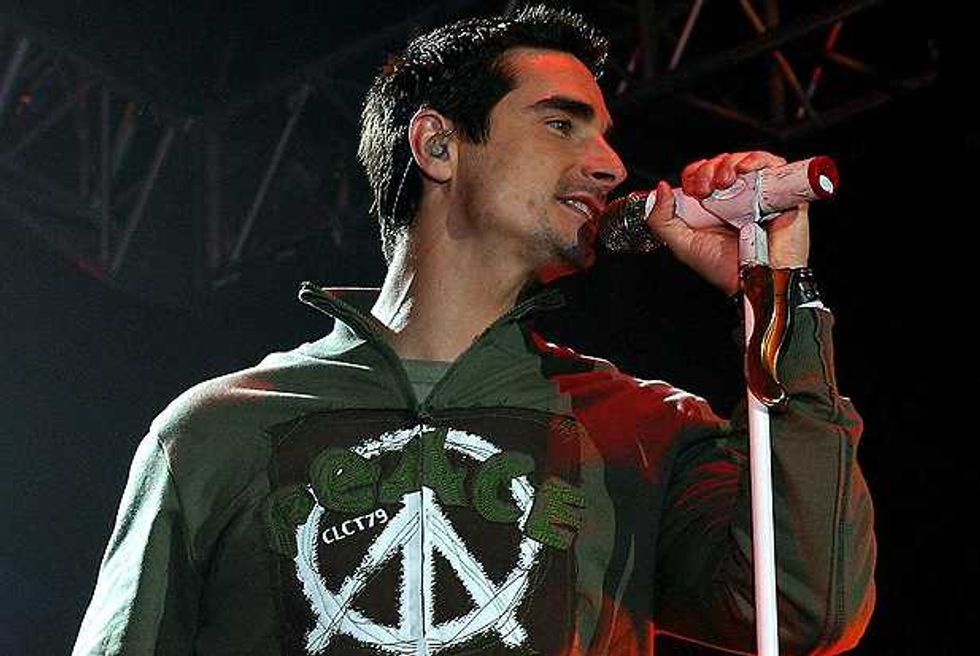 Kevin Richardson will joining his Backstreet brethren for one concert on December 3 in the Bahamas, as part of their second annual BSB cruise. Hooray! The older Backstreet member you may have forgotten about is back, alright! Staying away from the super group otherwise known as NKOTBSB, Richardson formally left Backstreet in 2006. Returning from a prolonged absence is the first step in getting fans' hopes up that there will be a full-on Backstreet reunion soon enough. The second is talking about it publicly. "I would never say that it would never happen," Richardson told Ryan Seacrest, of a possible full-time return to the group. "I would love to perform with them again on a little bit more of a regular basis. Our chemistry when we come to gather, it just feels like old times." Now that you have your non-essential '90s boy band news of the day, add a point to the BSB column in your ongoing ranking system. They may have lost a member, but at least they aren't getting arrested.