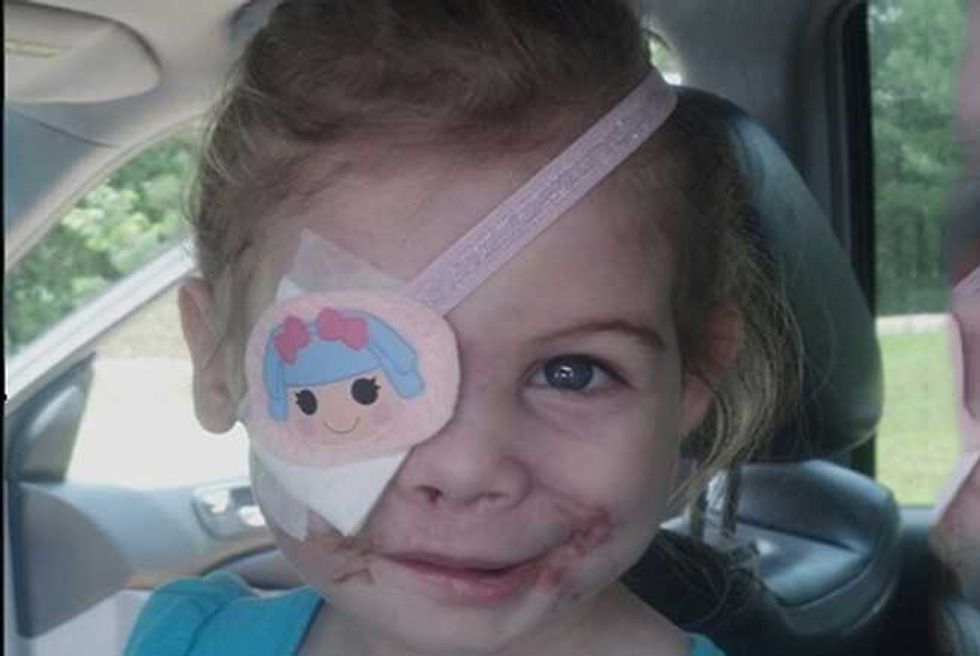 KFC is apologizing after an employee allegedly demanded a toddler leave one of their restaurants because her appearance was upsetting other customers.

Three-year-old Victoria Wilcher was left badly scarred and has to wear an eye patch after getting mauled by three pitbulls last month. She and her grandmother Kelly Mullins went to a KFC restaurant in Jackson, Mississippi last week after a doctor's visit but were apparently asked to leave.

The incident caused an immediate backlash on social media, with people urging a boycott of the entire chain due to the disgraceful treatment of Victoria.

KFC quickly apologized and launched an investigation, and is donating $30k to help with Victoria's medical bills.

"As soon as we were notified of this report Friday, we immediately began an investigation, as this kind of hurtful and disrespectful action would not be tolerated by KFC," company spokesman Rick Maynard said.. "Regardless of the outcome of our investigation, we have apologized to Victoria's family and are committed to assisting them."

Grandmother Kelly says the entire experience was traumatic and humiliating for Victoria.

“I ordered a large sweet tea and her some mashed potatoes and gravy because she was hungry. She was on a feeding tube at the time, but I figured she could just swallow (the potatoes). They just told us, they said, ‘We have to ask you to leave because her face is disrupting our customers.’ (Victoria) understood exactly what they said.”

The toddler cried all the way home, says Kelly.

“She’s got a lot of surgeries to go through and she won’t even look in the mirror anymore. When we go to a store, she doesn’t even want to get out (of the car). She’s 3 years old and she’s embarrassed about what she looks like. She’s embarrassed and I hate it because she shouldn’t be. It ain’t her fault.”