Kids React to Foster the People, Marquese Scott and Dubstep 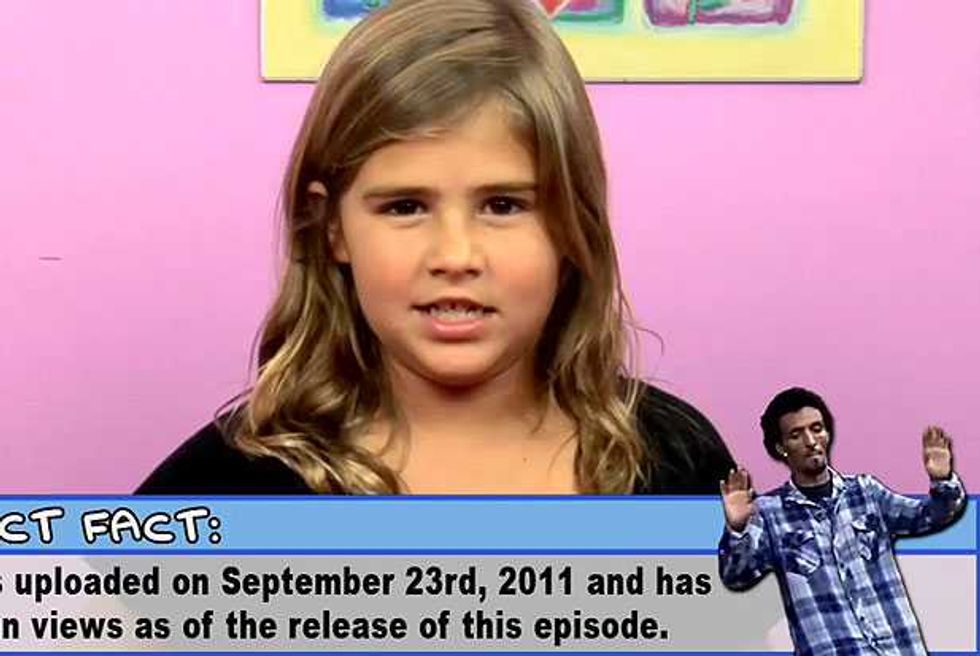 There's a whole lot going on, culturally speaking, in the viral video of dance pro Marquese "NONSTOP" Scott dancing to the dubstep remix of Foster the People's "Pumped Up Kicks." So the Fine Brothers called in their "Kids React" panel of pop culture experts (aged 5-12, roughly) to comment on the video. Most seemed impressed by Scott's slow-motion moves, and to our surprise, a couple of them were able to actually the style of music being played as "dubstep." (Though other guesses include "alien music," "robot music," and "futuristic robot gummy bears.") One kid—who will undoubtedly go on to be one of the tastemakers of his middle-school class—has even heard of Skrillex before, having heard "Scary Monsters and Nice Sprites." In the words of James Murphy, the kids are coming up from behind.