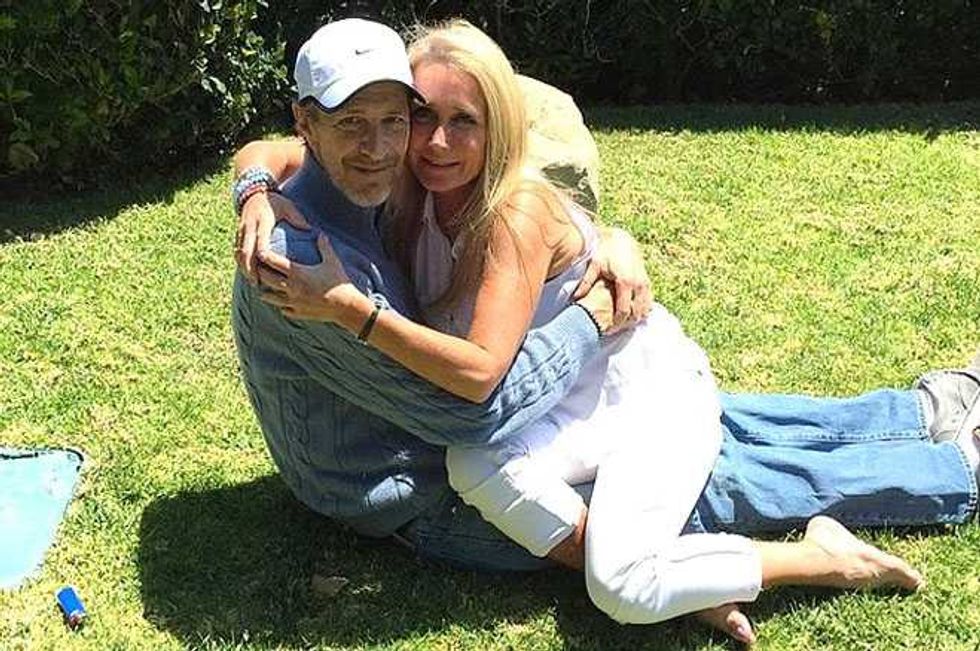 Monty Brinson, the ex-husband of Real Housewives of Beverly Hills Star Kim Richards has lost his battle with cancer.

Monty and Kim were married for just three years, from 1985-1988 and share a daughter, Brooke. They remained close friends after their divorce however, and viewers of the Bravo show saw that Monty had moved in with Kim so she could care for him as he fought lung cancer.

Monty, who was just 58, had also remained good friends with Richards' sister Kathy Hilton and her husband Rick.  It was via a post on Rick's Instagram on Sunday evening that the announcement came that he had passed away.

We have lost Monty Brinson after a brave battle with cancer. His heart was a big as the moon and he was loved by all he Met. He will be sorely missed. I love You always!

Despite Kim's well documented struggles, she has tried to remain strong for Monty, even though the stress of coping with his illness has (as she has admitted) sometimes pushed her over the edge.  In September,  they celebrated her birthday with close friends and family and they have shared the last few months spending time together and enjoying each other's company.

Monty has been keeping positive in recent days and appears to have been at peace knowing that his fight was nearly over.  He shared a beautiful post last week showing that he was ready for the next part of his journey;

What a beautiful day January Wednesday the 20th 2016. Yesterday was such a uplifting day which I will be sharing with you later on. It was magical even though I'm facing death eye to eye which instead of being being scared or pity I'm imbracing it as I go forward with this journey. I pray my journey helps others in what lays ahead of them through their struggles. Then it's all worth the pain which y'all make easier on me each day. What if like to accomplish is to take away all your pain and make life easier on yourself. I got the strength to fight it for all of us and I'm damn well going to try to make your life uplifting if if I can. Remember if you don't believe you won't receive, well I BELIEVE. Today is going to be another great day no matter the pain keep throwing it at me I can take it nor will will I let it over come my life. Beautiful day to all as always and much love Monty #believe #love #thankful #blessed #thankful #life #happiness I love life and making people happy. Thank each of y'all for making me happy now go out and smile to make this a brighter world

He's been a rock for Kim and their daughter Brooke and hopefully they can find some peace in how he so eloquently and poignantly said his goodbyes;

"I'd like to thank all the people who have crossed my path.  You've all touched my heart.  May everyone have a blessed night and much love to everyone sweet dreams Monty."

RIP Monty, and we sincerely hope Kim can find the strength to get through this.