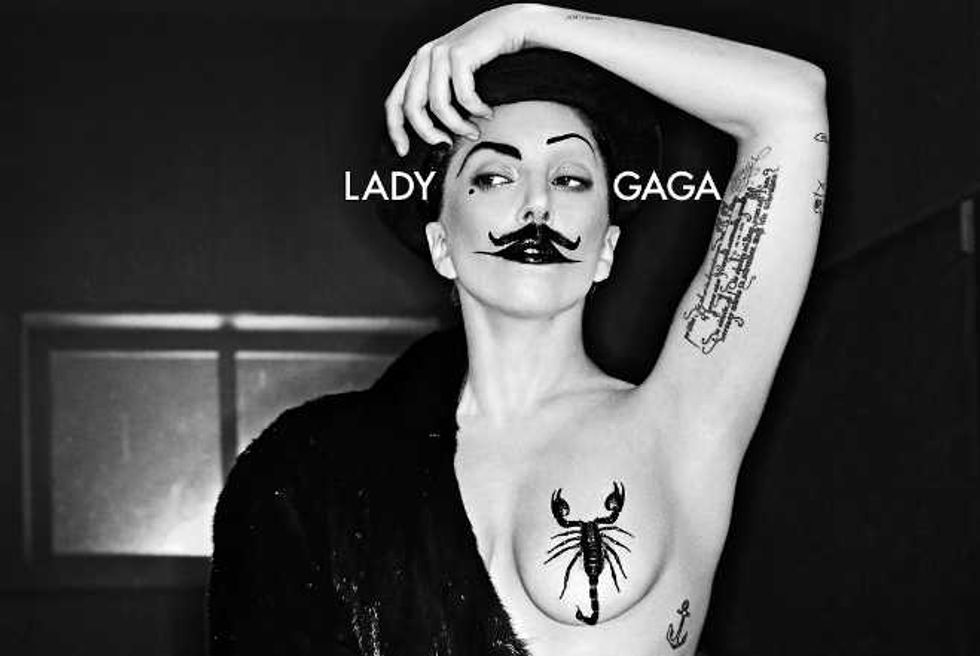 Marilyn Manson once tried to pick up Lady Gaga on the set of a Rolling Stone shoot. Although that didn't quite work out for the '90s shock rocker, the pair did end up collaborating on a remix of Gaga's hit, "Love Game." Flash forward to today, and they're fronting dual covers for Candy magazine.

The mag usually has its cover stars dress in drag, so Manson's looking sullen in a dress on his cover, while Lady Gaga's wearing a Dali-esque moustach, a fur coat, and nothing else. Mother Monster pulls a Janet Jackson with a single exposed breast hidden behind a nipple ornament, but her, uh, venus, is on full display.

As you can see, Gaga's gone au naturel downstairs, which is actually rather refreshing. After all, this is the same woman who sang the line, "I'm as free as my hair," so it's good to see her practising what she preaches!

From Your Site Articles
affiliate