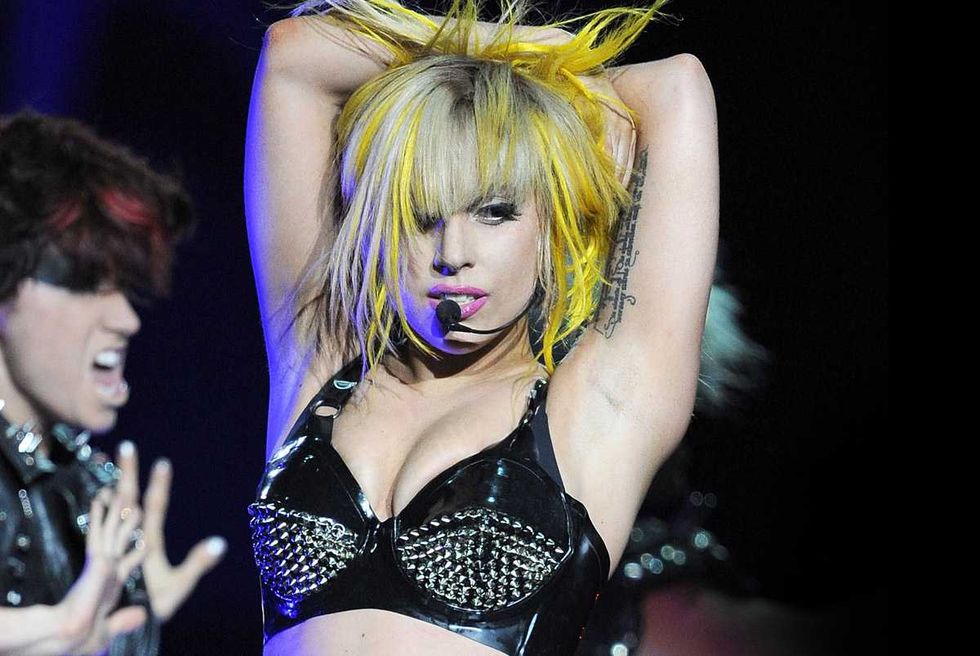 It's been a busy week for Lady Gaga, and after dropping "Edge of Glory" on Monday, performing in Cannes on Wednesday, and penning her first fashion column for V magazine, Mother Monster hasn't exactly had time for a social life. "No, I don't have a boyfriend and haven't been on any dates recently," Gaga told Britain's The Graham Norton Show. "Art is my whole life."

Such a curt response could be confirming that her longtime relationship with Luc Carl, 29-year-old notable Lower East Side denizen and bartender at St. Jerome's, has officially come to an end, or merely her way of deflecting any questions about her personal life. For all of her fame and attention, Gaga has yet to appeal as a true sex symbol in the pop music scene. In fact, the issue of boyfriends, love and marriage rarely comes up in interviews, suggesting that she runs a tight PR ship, with a team that regularly blackballs even the most intrusive of journalists from penetrating her core—or maybe that we, as pop culture consumers, just don't really care.

It's notable when compared to the amount of time and money spent discussing the love lives of her peers. Rihanna, Katy Perry and even Britney Spears have always caused the media to salivate over who they were dating—or who we wanted them to be dating. Even her predecessors (Janet Jackson, Whitney Houston, Mariah Carey) were viewed as sex symbols and coveted prizes, as well as talented artists. Yet Gaga, for the ridiculous media maelstrom she commands, seems to have bypassed that subject entirely. While her song lyrics and video depictions are often graphic and sexual in nature, a growing trend among her fellow female artists, it's arguable that she herself lacks the same sexual appeal and desire. Not to say that Gaga is unattractive, but the outrageous fashions and over-the-top public appearances frequently present her far and away from what's (unfairly) perceived as conventionally beautiful and sexually attractive. Whether that's her own doing or the media's response to tired, established standards of beauty is up for debate.

Earlier in her career magazines and blogs would highlight choice quotes about Gaga's flirtation with bisexuality. She told Barbara Walters that "Poker Face" was about her experience with a woman, and she's long been a public advocate for gay rights, fighting for the repeal of Don't Ask Don't Tell, and speaking at the National Equality March in 2009. But as her fame continues to rise, these associations seem less like personal offerings, and simply reflections of her beliefs, with no push for further questions from her fans. There's also a disassociation with the lyrics Gaga sings and her own experiences. It's possible that her music packs enough social, political and religious commentary that there's no time left to speculate if "Judas" was an ex-boyfriend she regrets, or if because she sings about accepting oneself in "Born This Way," that she herself is a lesbian. But even so, would either pieces of information turn heads?

Gaga has worked equally hard at crafting her personal brand and image as she has at creating interesting and successful music. It's refreshing that within a society so obsessed with knowing everything about our celebrities, one that clamors for updates on a star's current boyfriend or the date of her last gynecological exam, that who Lady Gaga is romantically involved with is not the first—or even second or third—thing we think to ask, allowing her music to remain at the forefront of her stardom.