Lady Gaga: "I Want The Machine To Be Part Of Me" 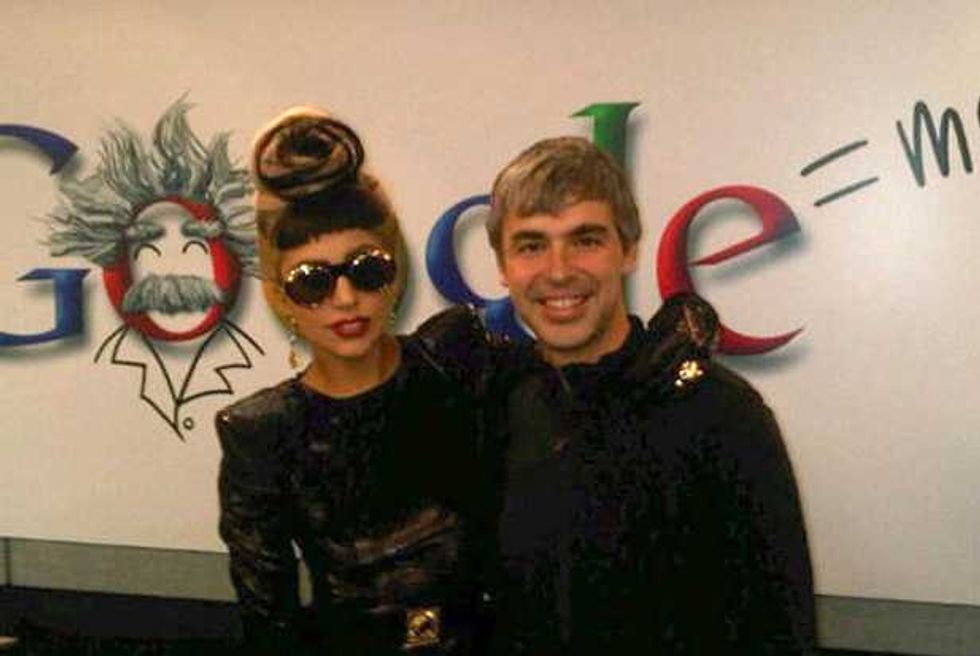 As one of the more tech-savvy (or at the very least, tech-opportunistic) pop stars of our time, Lady Gaga was a natural fit for a slot on Musicians@Google, an interview series conducted by the online giant. She swung by the company's office last night for an interview filled with questions from fans; Google higher-up Marissa Mayer, who took time out to confess to having dressed up as the pop star for Halloween a few years back, fed the pop star questions using a newish tool called Google Moderator. The interview lasted about an hour, during which Gaga answered questions on subjects ranging from bullying to tattoos to a certain teen-pop YouTube sensation.

The proceedings started with a nifty little Google-constructed montage of Gaga's career, as constructed through various internet representations of her burgeoning popularity (search queries, YouTube covers, Google Translate lyric interpretations). From there, Gaga answered a number of pre-submitted fan questions, some read by Mayer and some played over video, and then took Qs from fans in the audience—many of whom had dressed for the occasion, sporting stuffed-bunny suits, tinfoil spaceman hats, and loofah jewelry. ("Why do I feel like some of you were coaxed into doing this?" Gaga wondered.) Finally, a number of more faithfully-costumed devotees lined up for a Gaga fashion show, with the winner getting a pair of tickets to her upcoming concert in Oakland. (All received hugs, of course.)

Pretty cool stuff, all in all. Though Casual Friday at the Google office will probably be pretty underwhelming this week.