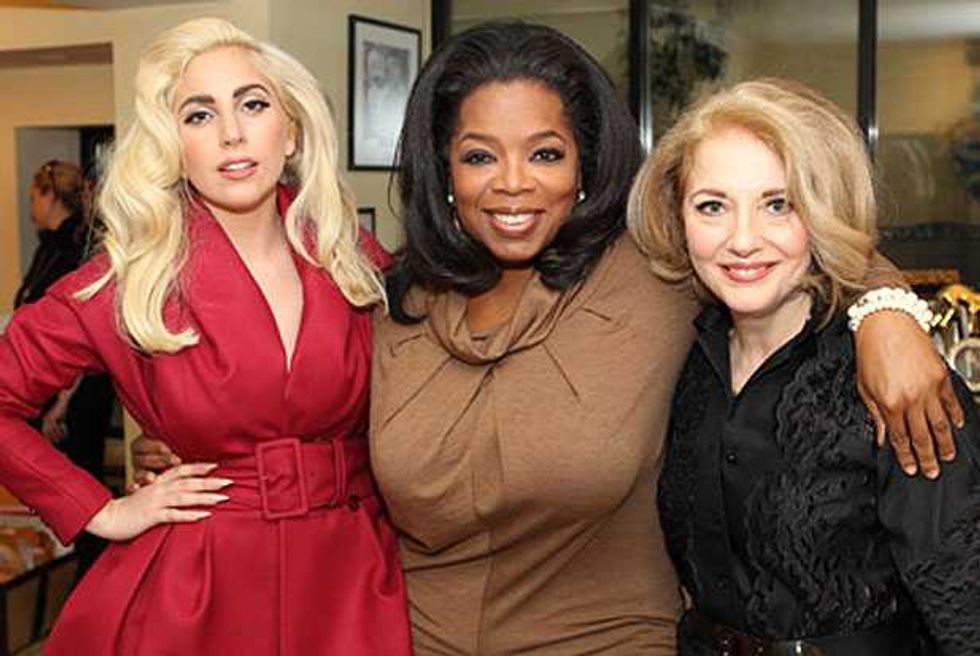 Gaga and Oprah is a combination we've seen before, and we'll see it again for two hours come Sunday, but after that, we will see no more of them. At least that's the upshot of this quote from the show's preview: "Other than this interview, Oprah, I do not intend to speak to anyone for a very long time."

This sounds very grim. Not speaking seems like it'd be a liability for album promotion, or for anti-bullying activism, or whatever else Gaga gets up to these days. Whatever could cause this? Some ideas:

1) Lady Gaga, like Adele before (after?) her, is on complete vocal rest, and the world has completely failed to notice or report it. Oprah presumably counts as an exception to vocal rest, and really, not even the strictest voice teacher would fault you entirely for that.

2) Lady Gaga has experienced a terrible tragedy (possibly related to the Grammys? She was looking rather somber), and again, the world has completely failed to notice or report it.

3) Lady Gaga's next album is some next-level shit that will be recorded by thinking real hard at the microphone.

4) Lady Gaga is Persephone, and she must disappear into Hades for six months. Except she's probably not actually Persephone, because if she was then she'd do this around fall, not spring.

5) Lady Gaga is hunkering down and cutting back on what some argue is overexposure until her Born This Way follow-up is ready, at which point she'll remove the muzzle and spew promo upon the earth once more. That's kind of a boring, probably correct explanation. So how about...

Oprah travels to New York for an exclusive look inside the apartment Lady Gaga grew up in and still calls home. For the first time ever, Gaga's mother, Cynthia, breaks her silence on what it's like to be the mom of the world's most famous pop star. Tune in for the two-hour event Sunday, March 18, at 9/8c—only on OWN.